More than 839 fire personnel remain on scene fighting the blaze. 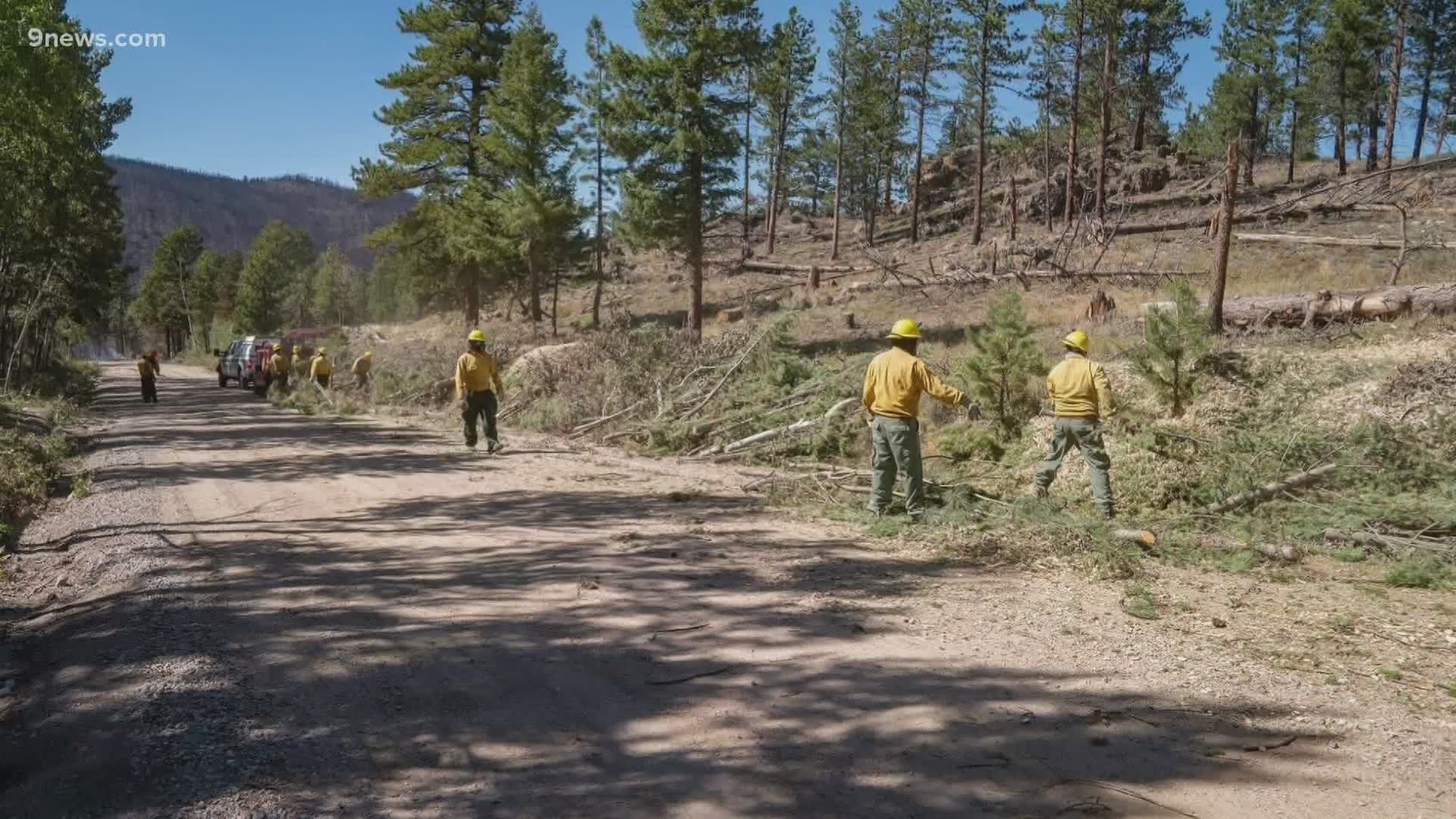 Because the fire has burned into more favorable terrain, fire officials said large air tankers will continue to drop retardant to slow its advancement on Tuesday.

The Cameron Peak Fire has burned 104,530 acres and is 15% contained as of Tuesday. More than 839 fire personnel remain on scene fighting the blaze.

Fire officials said the plan is to continue to work with aerial resources, crews and heavy equipment to reinforce the right and left flank lines. Crews expect that the area west of the Manhattan Road will remain the most active on Tuesday.

On Monday, dozers and heavy equipment built fire lines into the night along the flanks of the head near the 517 Road. Fire crews said working during the night buys time as cooler temperatures and less wind moderate fire behavior.

Hot, dry and windy conditions elevated fire activity over the weekend, causing the fire to grow by an estimated 1,500 acres on Sunday.

An assessment of the fire's damage released last weekend revealed that 54 structures were destroyed, including 25 homes.

The other 29 structures were outbuildings, the Larimer County Sheriff's Office (LCSO) said. Two other structures were reported to have damage but were not classified as destroyed.

Mandatory evacuations were ordered by the Larimer County Sheriff's Office for Red Feather and Crystal Lake residents and business occupants Sunday afternoon due to immediate and imminent danger.

The evacuation also includes Manhattan Road down to Highway 14 and Shambhala Center areas.

The Larimer County Sherriff's Office said anyone in those areas should be prepared for a possible mandatory evacuation.

A map of current evacuation areas is below:

The fire, which was first reported on Aug. 13 east of Walden, has burned through 104,157 acres. A lot of that growth occurred over Labor Day weekend when extreme and winds combined for explosive growth.