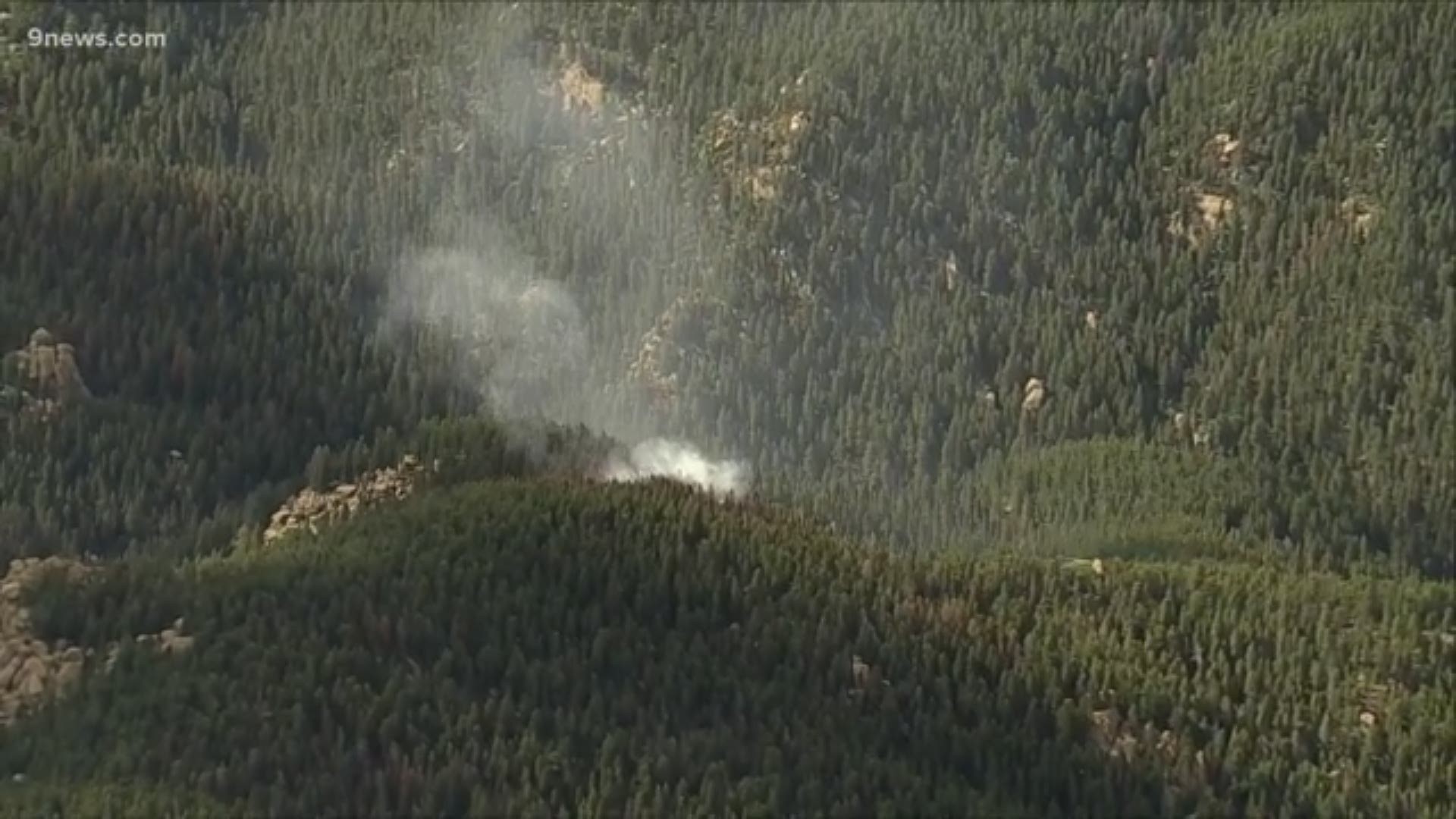 The fire started burning on Thursday afternoon and firefighting efforts continued into Friday, with a hotshot crew and six other firefighters who rappeled into the area via helicopter on the scene.

According to the U.S. Forest Service (USFS) by Friday night, crews had fully contained the fire, despite the difficult conditions and ample fuel for the fire to spread. The fire burned 0.3 acres.

The RMA has sent a LAT, Lead, AA & Rappel ship to a new fire 7 miles W of Larkspur, CO. The East Plum fire is in initial attack with ground resources also responding.

RELATED: Wildfire prompts evacuation of mine, closes lanes Highway 13 between Meeker and Craig

No structures were threatened by the fire, and no evacuations were issued.

Late Thursday afternoon, air resources were grounded due to a drone that was spotted over the fire, Pike National Forest said.

"Valuable time was lost with these water-dropping aircraft due to the drone intrusion and because of the time of day, only one helicopter is able to return to this fire this evening," the alert says.

The cause of the fire is still unknown.

This wildfire is one of multiple that has been reported throughout Colorado as a heat wave sweeps through the area. Temperatures have been in the 90s for a week, and the hot and dry conditions are expected to persist into next week.

This has prompted numerous Colorado communities to issue some form of fire restrictions.

Larkspur is located about 40 miles south of Denver. The mountains west of the community are part of the Rampart Range.