I-70 partially reopens after fire near Glenwood Springs

Between 35 and 40 acres have burned just west of Glenwood Springs, according to the fire department. 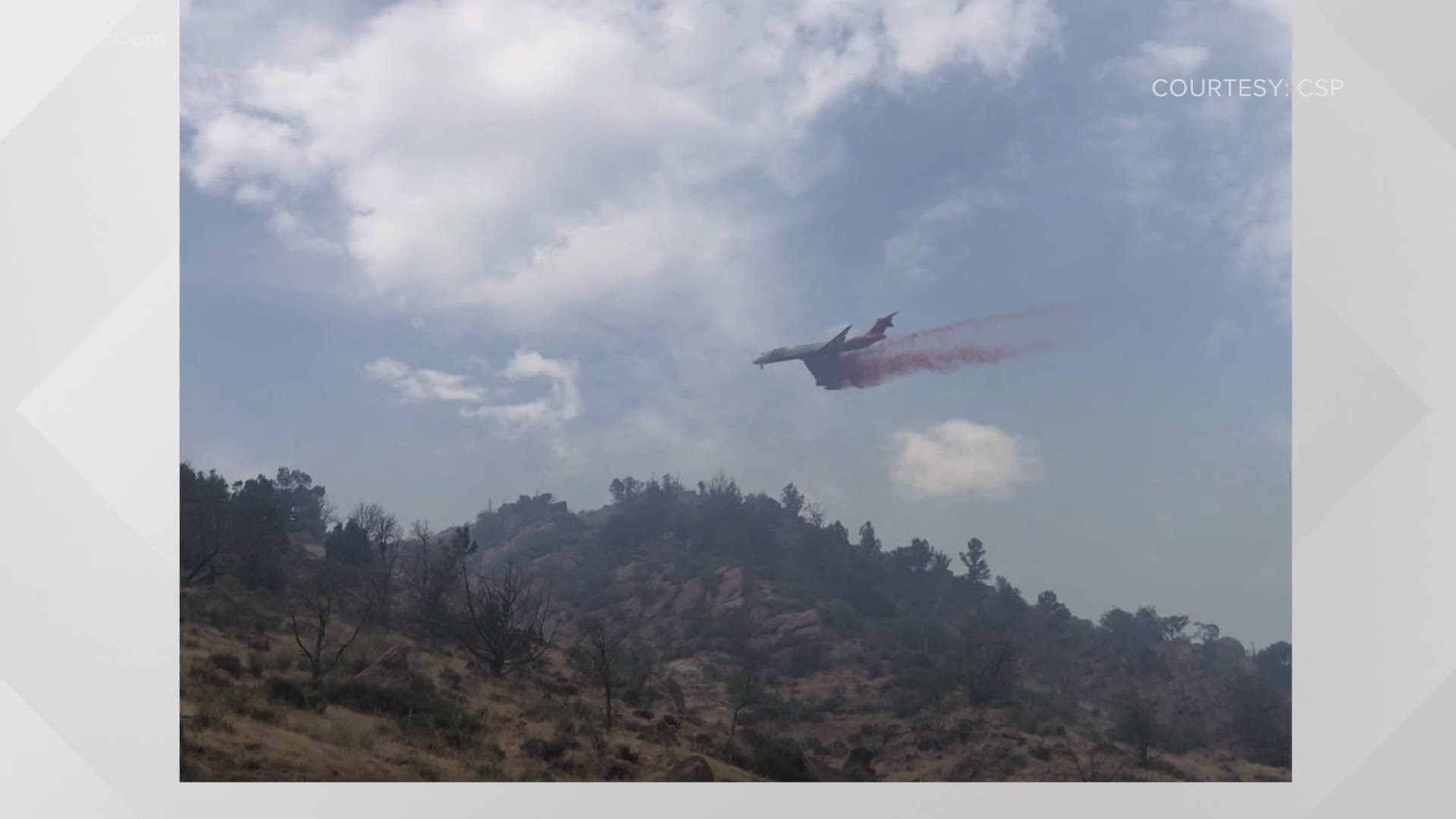 GLENWOOD SPRINGS, Colo. — Interstate 70 is partially open in both directions following a large wildfire that closed the entire highway Wednesday afternoon, according to the Colorado State Patrol (CPS) in Eagle.

The fire, burning in South Canyon just west of Glenwood Springs, is 25% contained as of late Wednesday. The Glenwood Fire Department said the fire was human-caused, accidental in nature and is under investigation.

It has burned between 35 and 40 acres and has been named the "111 Fire" according to the Glenwood Fire. Several helicopters were providing aerial support for the fire as well as two large air tankers and a Lead.

This fire is approx 35-40 acres in size. Type 1 and type 3 helicopters are responding to this fire.

Glenwood fire said upon arrival, about half an acre was burning with construction crews attempting to fight the fire. The fire spread quickly, growing to approximately 15 acres in a short amount of time and is burning in pinion and juniper on steep areas of BLM land

Pre-evacuation orders are in place around Ami's Acres, the fire department said, but no homes were actually evacuated. Residents who are in that area but did not receive an alert should sign up for alert by going here.

The eastbound lanes of the highway opened around 6 Wednesday night and one lane westbound reopened a short time after that.

Check out the 9NEWS traffic map for the latest closure information.