Wildfires have led to road closures across Colorado. Here's a look at the detours.

Portions of Interstate 70 and Coloado 14 are closed due to fires, but conditions can change quickly. 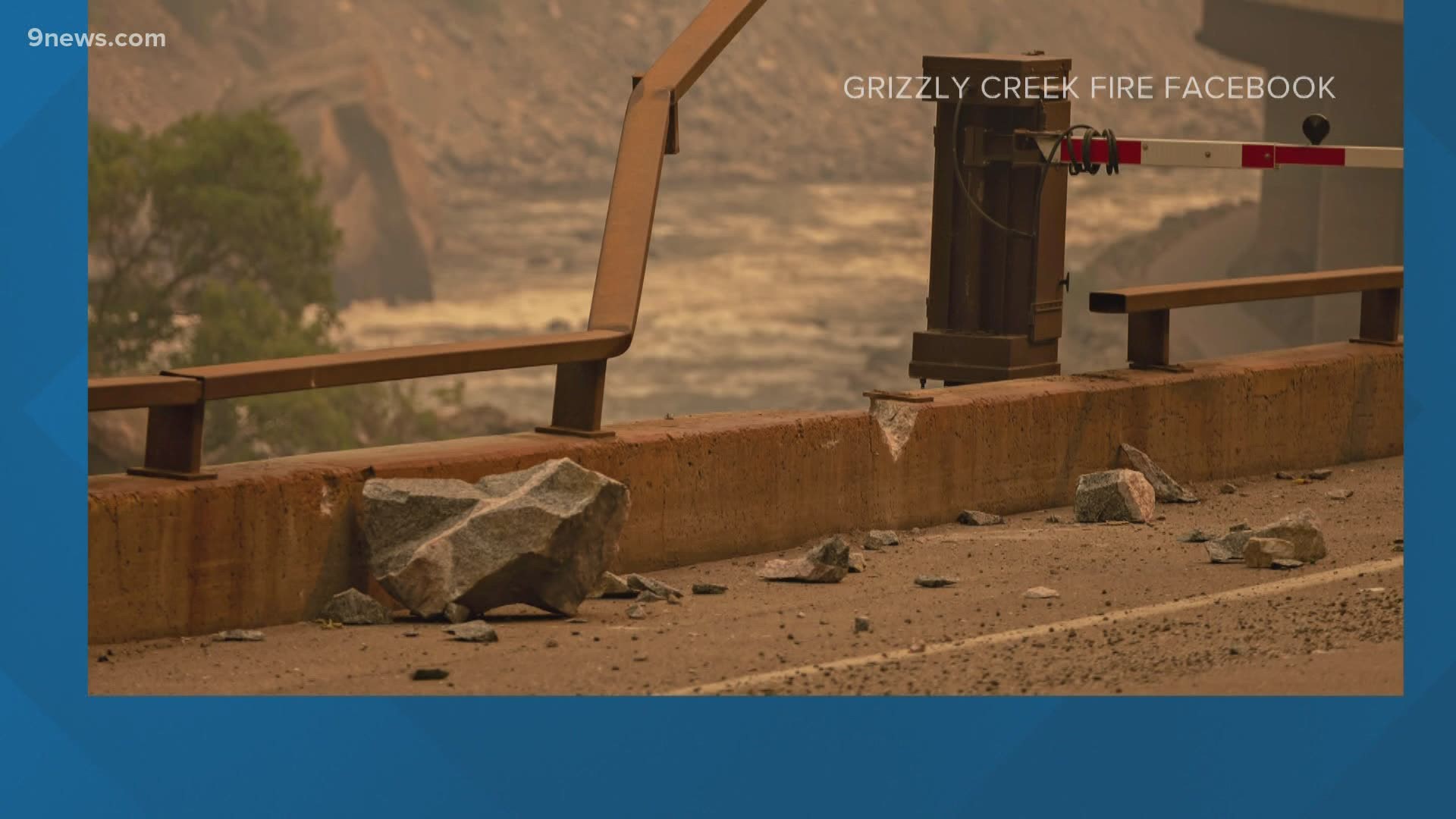 COLORADO, USA — Wildfires burning in our state have prompted several highway closures due to safety concerns, according to the Colorado Department of Transportation.

In most cases, the closures are in response to wildfires that continue to burn or are expanding to locations near state highways.

Of course, conditions can change rapidly and new closures could be added at any time. Travelers should avoid fire areas and be prepared for new road conditions and delays.

The best thing to do is to “know before you go” by checking COtrip.org  for the latest conditions before traveling.

> The video above is a live discussion with CDOT about wildfire-related road closures in Colorado.

Having detour maps handy and packing emergency food, water, and other supplies are also good ideas.

Reopening for all routes below will depend on wildfire activity in the coming days.

Current closures as of Aug. 20 include:

Colorado Highway 139 (Douglas Pass) is closed due to fire activity from the Pine Gulch Fire. The closure is north of Loma (Fruita/Grand Junction) and between Mile Point 6 and MP 39. There is no anticipated time for reopening. More information about the Pine Gulch Fire can be found here.

The Williams Fork Fire in Grand County is burning near US Highway 40 and Colorado Highway 9, north of I-70, but is not impacting state highways at this time.

CDOT urges drivers to take recommended detours (see maps above and details below) and not rely on mapping apps that may take them on forest roads and over mountain passes. Remote, rugged routes are not built for heavy traffic or for two-wheel drive vehicles.

CDOT recommends that travelers plan for delays when using detour routes and possible construction impacts on US and state highways. Check COtrip.org for the latest road conditions.