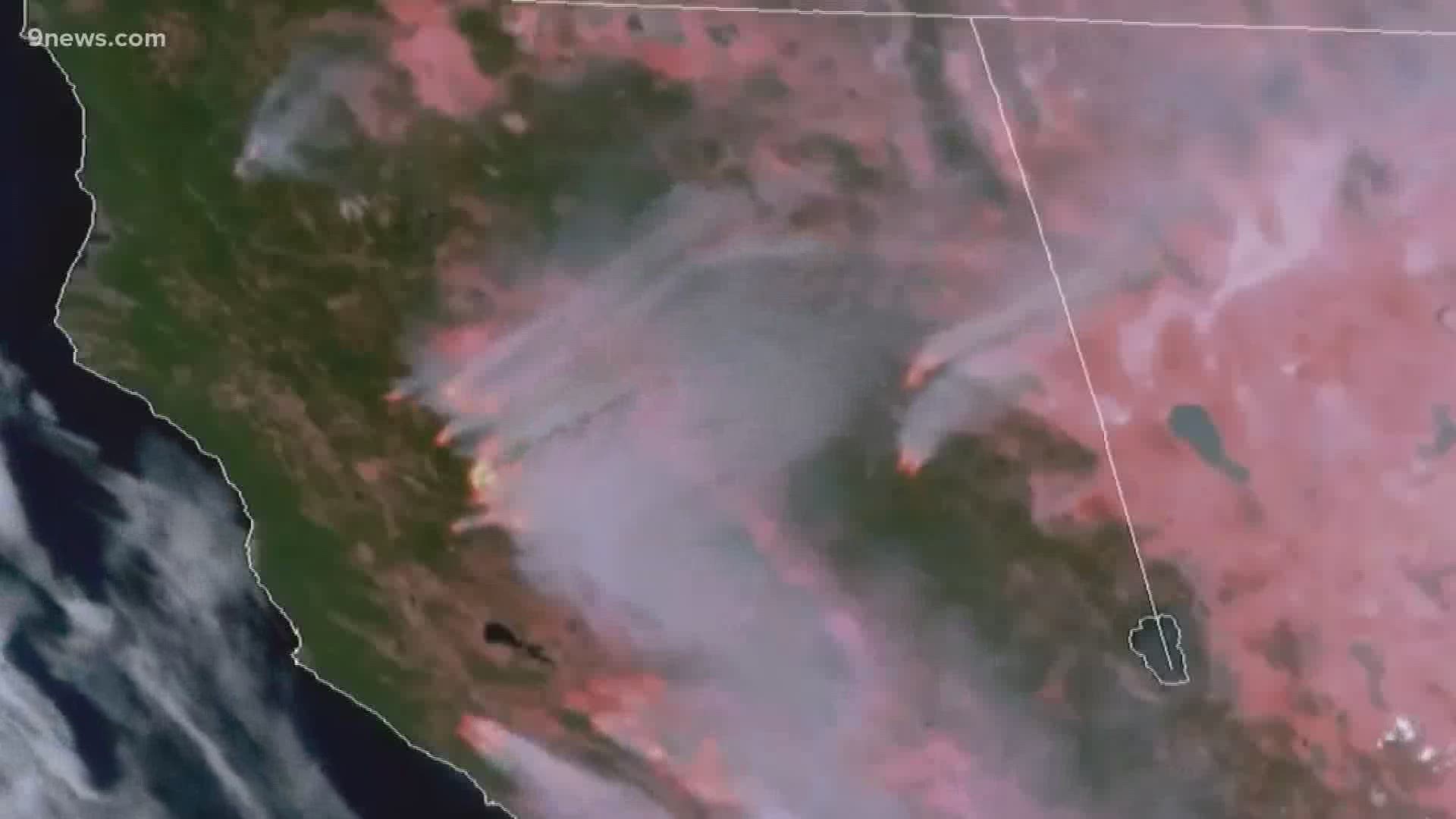 BOULDER, Colo. — Looking for a way to escape the wildfire smoke?

Well, other than staying indoors, there is no getting away from it completely, but there are areas that have lighter concentrations of smoke. A computer forecast model shows those spots.

A computer forecast model developed at the Global Systems Laboratory (GSL) in Boulder can simulate the movements and also predict the level of smoke concentrations that will be pluming from active wildfires.

The National Weather Service uses the HRRR’s solution to issue forecasts and the data is freely available to the public as well.

Searching for an interactive version of the smoke forecasts? Look no further! You can view the latest forecasts at any time from https://t.co/DdvOEnqF1V #COwx #COFire pic.twitter.com/4o6XGn4pfn

The interactive smoke forecast map allows users to see where the thickest smoke is likely to be for at least the next 18 hours. Four times a day, the model renders a solution that extends out to 48 hours.

The high one-square-mile resolution of the HRRR also allows users to zoom in to neighborhoods, and the computer spits out a brand-new solution every hour.

“Simulating smoke and how it interacts with the atmosphere is an extremely complicated process," said Curtis Alexander, who leads the development of the HRRR. "It involves quite a bit of chemistry, the interaction with constituents in the atmosphere.”

Scientists from the National Oceanic and Atmospheric Administration (NOAA), which run GSL, and from the Cooperative Institute for Research in Environmental Sciences (CIRES), which is NOAA's cooperative unit at University of Colorado Boulder, programmed the HRRR to forecast wildfire smoke.

"The first step in the process is for satellites to detect the presence of a new wildfire," said Alexander.

He said that NASA satellites use a product called Fire Radiative Power to detect and analyze wildfires. That data gets fed into the HRRR model so it can then start making a projection about how much smoke the fire will produce.

“The model has the wherewithal of understanding how high that plume is likely to rise, and then how the winds are going to transport that smoke downstream and disperse it over a three-dimensional depiction of the atmosphere,” said Alexander.

He said the model also handles the removal of the smoke: how rain, wind and other processes can diminish wildfire smoke.

RELATED: How wildfires can spawn lightning and tornadoes

The smoke problem in Colorado not only includes all the fires burning here, but also from all the states west.

Westerly airflow brings the smoke Colorado's way, and the air also circulates clockwise around a frequent high-pressure feature, which picks up smoke from states to the northwest.

The HRRR smoke model is four years old and still in the research and development stages. It is expected to become fully operational by the start of 2021.