Wildfires are a threat to Steamboat Springs’ water supply. Here’s how the city is getting ready

There's a joint wildfire protection plan which details projects to guard against wildfire in Fish Creek and protect water resources if necessary. 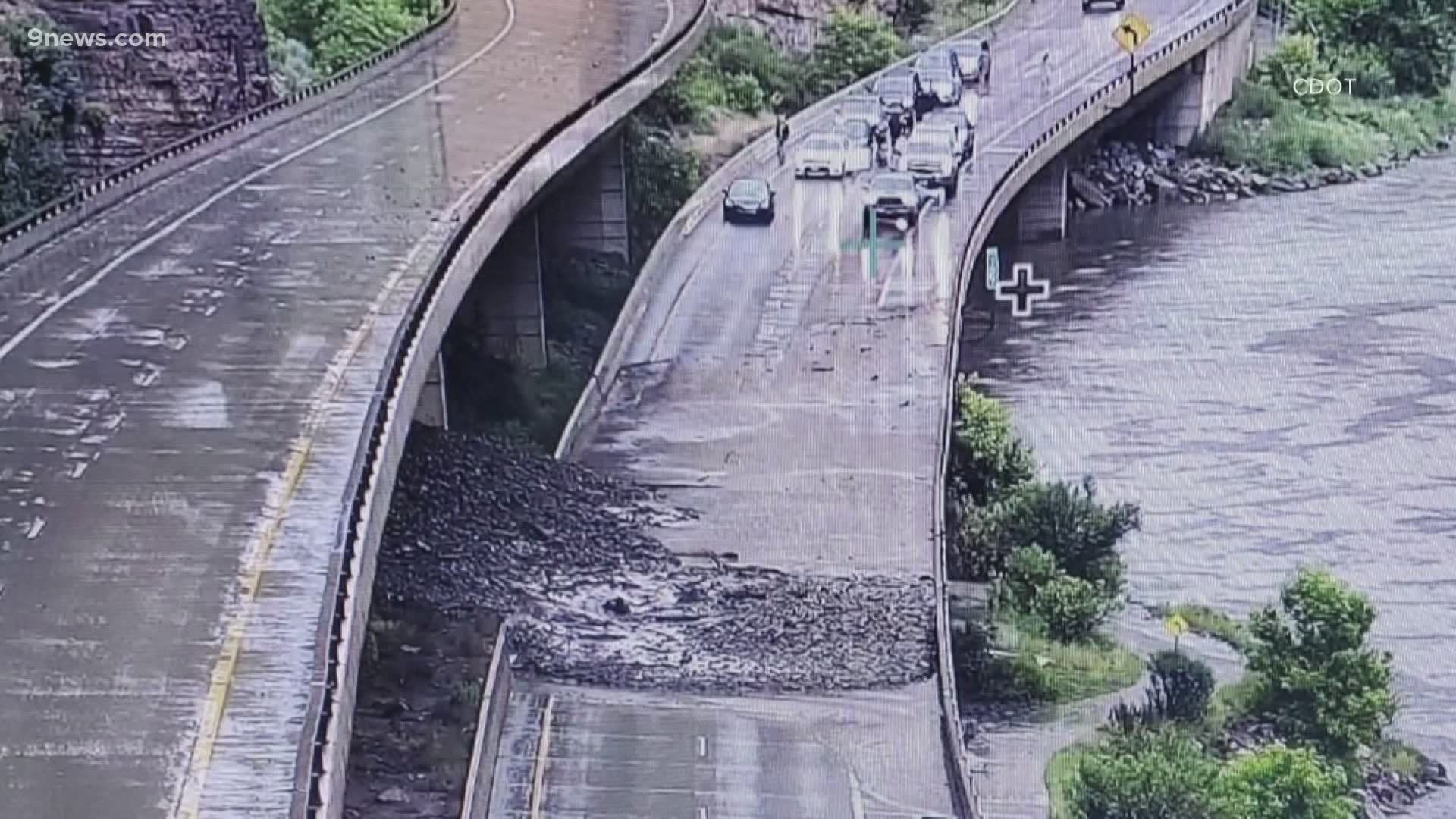 STEAMBOAT SPRINGS, Colo — At the moment, Frank Alfone, manager of the Mount Werner Water and Sanitation District, thinks he supplies Steamboat Springs with some of the best water in Colorado.

The popular ski town relies on Fish Creek for about 93 percent of its normal supply. The postcard Rocky Mountain stream starts as snowmelt before collecting into a narrow canyon, where hikers flock to watch it roar over a 280-foot waterfall.

>Video above: How drought and wildfires lead to flash flooding.

The water is placid and clear by the time it arrives at the district’s main treatment plant above the city, but Alfone expects that will change sometime soon. After months of drought, Colorado’s two largest active wildfires are burning near Steamboat Springs.

If a future blaze hits the Fish Creek watershed, the charred landscape could erode anytime it rains, possibly turning the city’s primary water source into a turbid soup of ash and debris. The sediment could fill reservoirs, trigger algal blooms or poison water quality with heavy metals.

Across the American West, other water districts have struggled to handle the lasting impacts of wildfires. Denver Water, Colorado’s largest water district, spent nearly $30 million to dig out a reservoir and repair infrastructure after the 1996 Buffalo Creek fire and the 2002 Hayman fire.

More recently, communities in northern Colorado have struggled with the aftermath of the 2020 Cameron Peak and East Troublesome fires, the two largest in state history. Fort Collins and Greeley are already paying to have helicopter crews drop mulch near critical reservoirs within the burn area to spur plant growth and control erosion. Northern Water, the main wain utility for the region, estimates total recovery costs in the watershed could exceed $500 million.

The Mount Werner Water District and the City of Steamboat Springs are trying to get ahead of similar challenges. Their joint wildfire protection plan, published in 2019, details projects to guard against wildfire in Fish Creek and protect water resources if necessary. It’s the sort of effort experts say other communities should undertake, especially since forests supply 80 percent of U.S. water resources.

“It's obvious climate change is impacting the frequency and intensity of fires, which directly relates to the need for us to be better prepared,” said Fernando Rosario-Ortiz, director of the environmental engineering program at the University of Colorado Boulder.

Preventing a fire until you can’t

The Colorado State Forest Service updates a detailed look at fire risk across the state every five years. Kelly Romero-Heaney, who managed water resources for Steamboat Springs until earlier this year before leaving for the state, said it was impossible to miss Fish Creek as an area of concern.

“It lit up bright red on the map,” Romero-Heaney said.

The 26-square-mile drainage basin looks like a misshapen funnel from above. Two high-elevation reservoirs collect snowmelt and channel water into tributaries that feed Fish Creek. A narrow canyon carries the water until it reaches Steamboat Springs and meets the Yampa River.

The protection plan, funded with a $50,000 grant from the Colorado Water Conservation Board, modeled the most likely ignition sources for a fire within the watershed. It quickly zeroed in on the Sanctuary Neighborhood, a high-end development north of downtown Steamboat. If a fire started there, it could quickly rocket up the canyon and affect larger parts of the watershed.

A work crew cleared brush and saplings from one of the neighborhood's communal areas on a recent afternoon. Anne Lauinger, the president of the Sanctuary neighborhood’s homeowners association, said the wildfire plan helped her convince residents who were hesitant to help pay for the two-year $300,000 project.

“You say this is for our community. Not just yourself, but your neighbors,” Lauinger said. “That’s how we approached those people.”

Since people account for the vast majority of wildfire ignitions, the plan recommends forest thinning near homes and trails. It found rugged terrain and environmental projections made similar projects impractical across most of the basin.

Carolina Manriquez, a forester with the Colorado State Forest Service in Steamboat Springs who advised the fire protection plan, said those preventative efforts only go so far in areas strained by drought and growing numbers of residents.

“The bottom line is there’s not a lot we can do to minimize the fire risk,” Manriquez said.

RELATED: Threat of mudslides in Colorado could stick around throughout the summer

Always have a backup

In 2018, Mount Werner expanded a second water treatment plant fed by wells along the Yampa River. If the district ever lost access to Fish Creek, he said it would likely have to restrict outdoor water use but could continue to supply indoor water from the auxiliary plant.

The City of Steamboat Springs also owns additional water rights along the Elk River. In the long-term, he said the city could develop the resource into an additional backup.

Over the next two decades, Alfone said the water district also hopes to upgrade its primary treatment plant along Fish Creek to handle water tainted by wildfire runoff. A new intake could help filter out ash and debris and a redesigned filtration system might also improve taste and toxin issues after the smoke clears from the water basin. Each project is outlined in the fire protection plan.

Alfone said the district would likely pay for the improvements through loans, water customer rate hikes or trying to win federal grants.

He is optimistic about the last option. President Biden recently doubled the size of a Federal Emergency Management Agency program to help communities prepare for extreme weather events. The water district likely qualifies after Routt County included the project in its overall disaster-planning efforts.

“We’re not ready to the point where our plant can handle fire-contaminated water,” Alfone said. “We have made some good progress.”

RELATED: Denver in the midst of longest Air Quality Alert streak since at least 2015 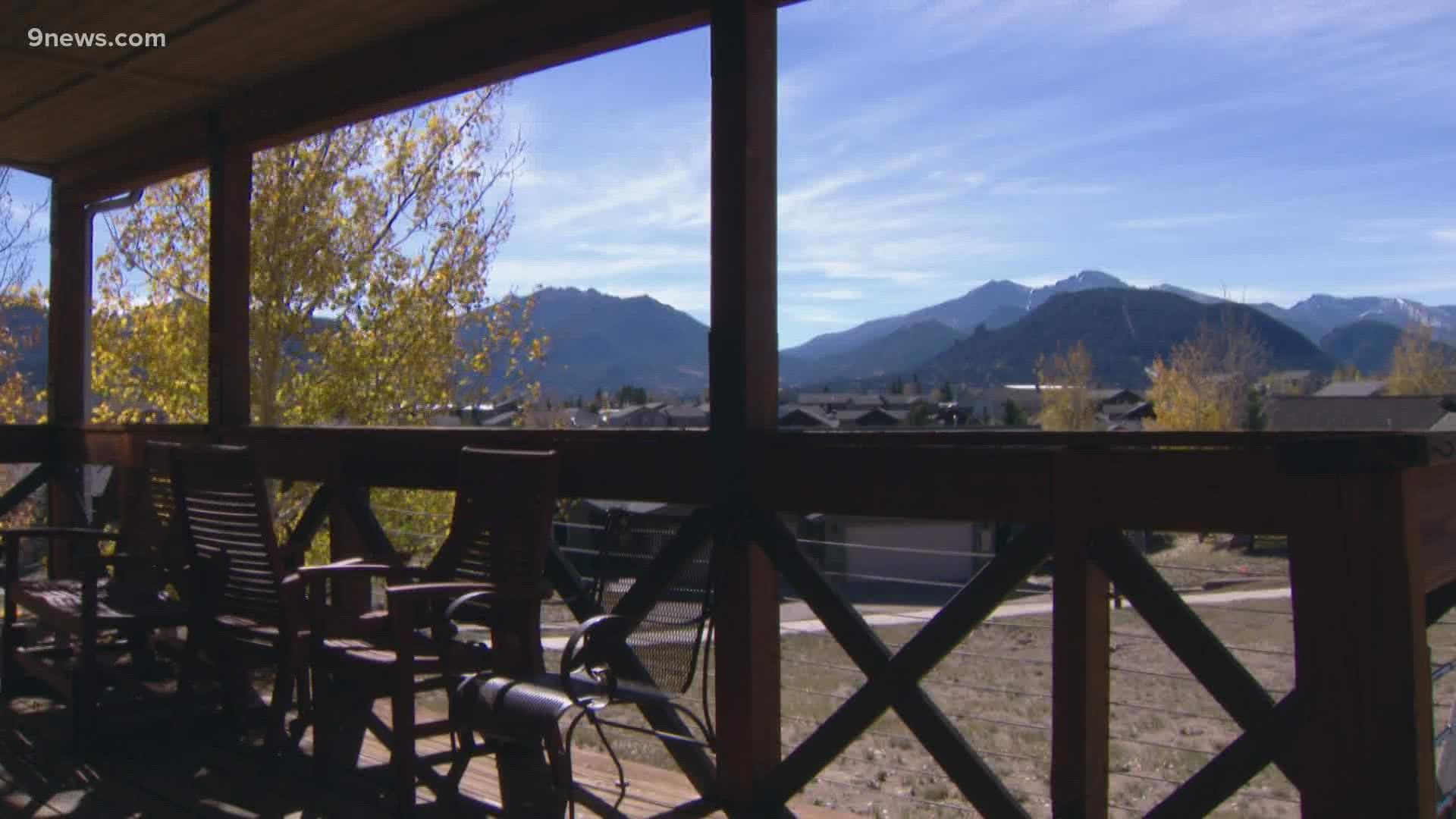