Nearby apartments were briefly evacuated but those have been lifted and no injuries were reported, according to South Metro Fire Rescue. 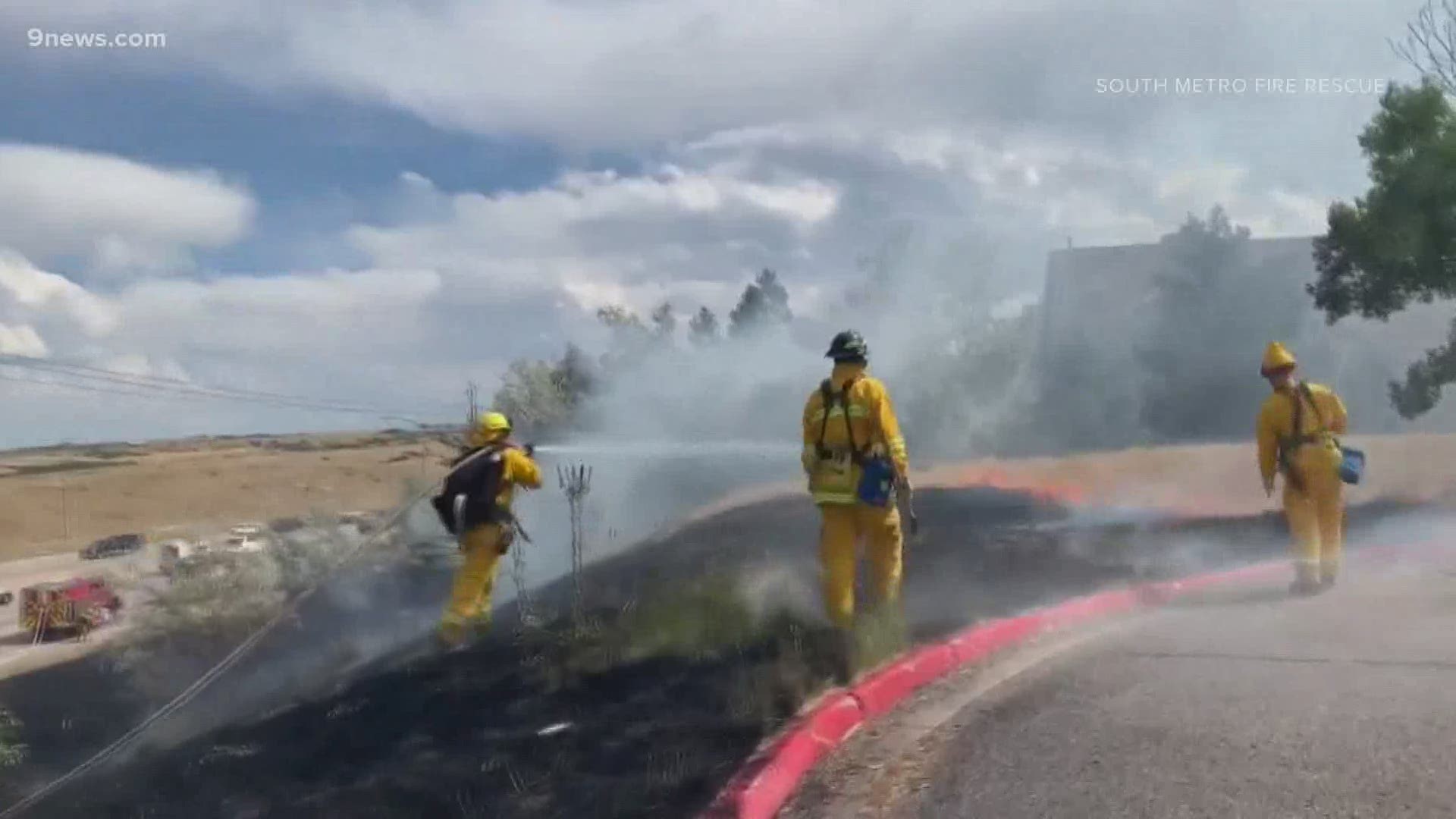 CASTLE PINES, Colo. — A wildland fire that burned just over an acre and prompted the brief evacuation of units of an apartment complex south of Castle Pines is now under control, according to South Metro Fire Rescue (SMFR).

The agency responded to the fire around 3 p.m Wednesday in an area south of Castle Pines Pkwy. and west of Interstate 25, the agency said in a tweet. About an acre and half burned but crews were able to stop the fire before it reached nearby apartments.

Evacuations at a nearby apartment complex have been lifted. No injuries were reported.

Investigators determined the fire started from a blown tire and ruled it an accident, according to SMFR.

Crews working grass fire south of Castle Pines Pkwy and west of I-25, approximately an acre and a half. They were able to stop the fire before it reached the apartment complex. Fire has been marked under-control. No injuries. Cause under investigation. pic.twitter.com/JFvho8kIgP

Firefighters are continuing to put out hot spots in the scrub oak along I-25. Expect delays on southbound I-25 near the Castle Pines exit as a result of their efforts.