Low temperatures and snow have meant no growth in the fire Williams Fork Fire perimeter. 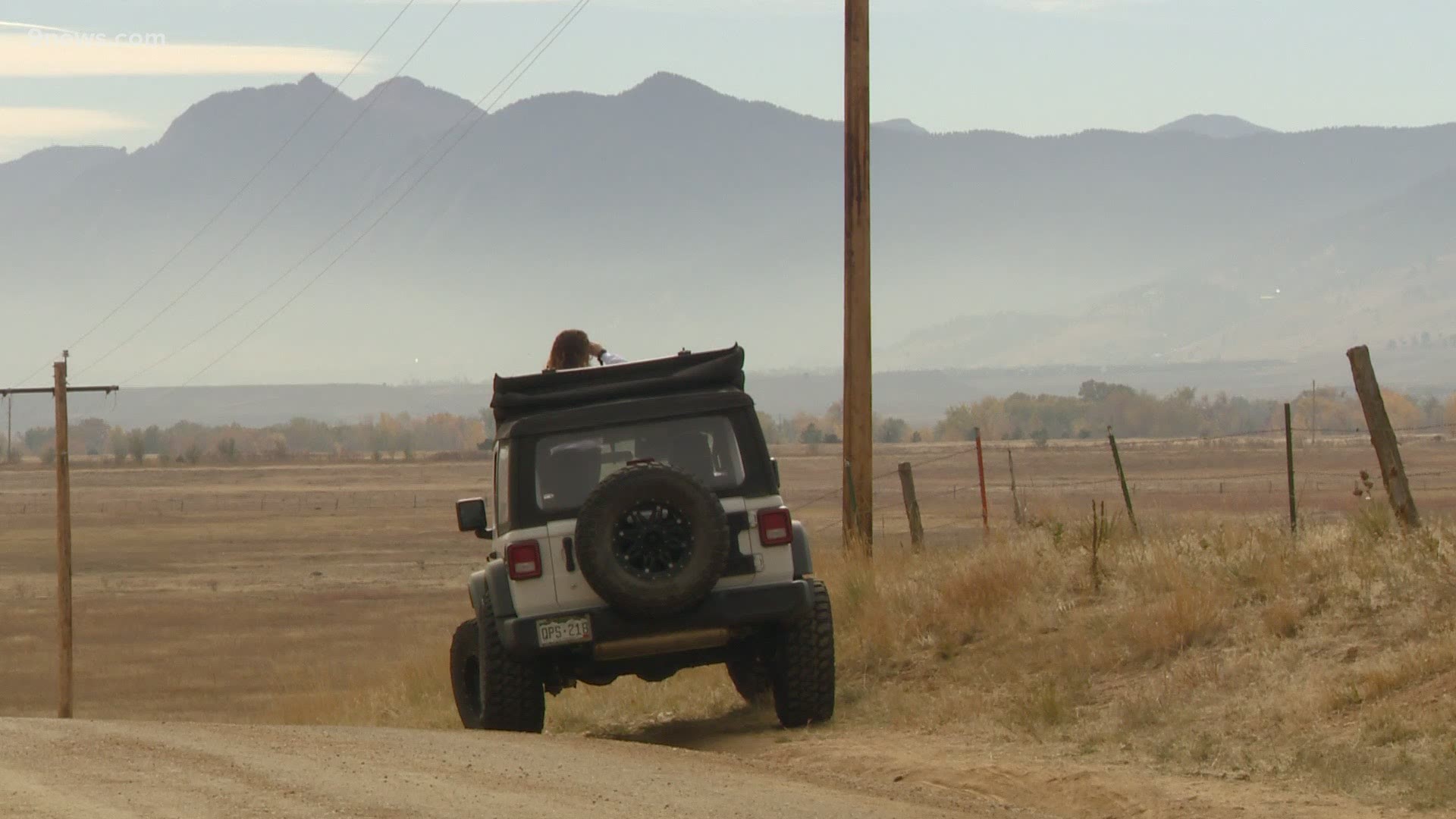 GRAND COUNTY, Colorado — The Williams Fork Fire in Grand County has burned 14,833 acres (about 23 square miles) since starting in mid-August.

Fire officials said the fire area received about 6 to 12 inches of snow and low temperatures at the site fell to -5 to -15 degrees to start the week.

Officials added that while the snow slowed fire activity, it is not expected to be enough to put the fire out. Throughout the week, temperatures are expected to slowly climb to the 50s.

Firefighters said they were able to use the pause in fire activity on Tuesday to get engines repaired. On Wednesday, firefighters continued to patrol and monitor the fire, as conditions allow.

On Thursday, fire personnel removed excess equipment including a radio repeater to keep it from being snowed-in until the spring.

On Friday, an aerial reconnaissance flight was conducted to monitor fire activity.

> Above video: Toll of the fires on a Red Cross volunteer.

The fire, which is burning about seven miles southwest of Fraser, started near the Henderson Mill on Aug. 14 and quickly grew due to high winds, steep slopes and dense fuels.

The cause of the fire was determined to be human-caused and tips are being sought from the public.

Anyone who was in the Williams Fork area the night of Aug. 13 or the morning of Aug. 14 and has photos of the area where the fire started is asked to email them to SM.FS.usfsarp@usda.gov.

Those without photos but who have information to share can call 307-745-2392 and select option 5. Callers are asked to leave their name and call back number so law enforcement can contact them for follow up.

Evacuation levels continue to be implemented across Grand County and around the East Troublesome Fire area. For Grand County, updates are provided by Emergency Management and can be found at gcemergency.com. The Jackson County Sheriff’s Department has evacuated the public from within the area closure to the north of the fire.

The Pacific Northwest 3 Type 1 Team is managing this incident along with the East Troublesome Incident.