Containment of the Williams Fork Fire drops to 14%

The fire burning in Grand County has charred nearly 13,000 acres. 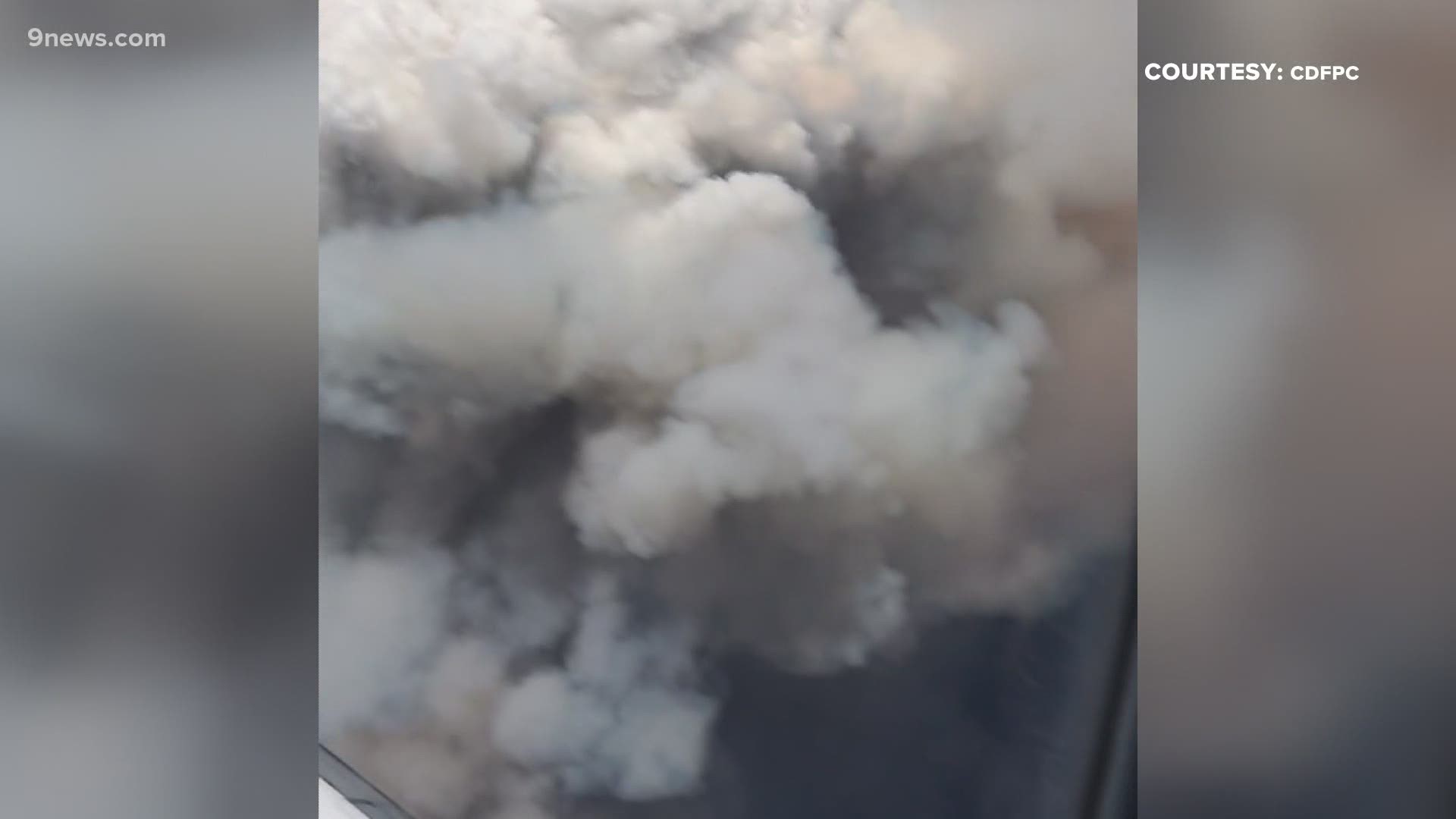 Helicopters dumped water on the fire's north flank to keep it from growing more near Keyser Creek, officials said.

Officials said weather is a continued concern. The weather outlook for the foreseeable future calls for continued extreme drought conditions with weather conducive to active fire behavior, including low relative humidity, temperatures 10-20 degrees warmer-than-normal, and 20 mph winds out of the west/northwest.

There are currently no campfires allowed in Grand County, as they are under Stage 2 fire restrictions.

>> Video above: How wildfires can create their own weather

The fire, which is burning about seven miles southwest of Fraser, started near the Henderson Mill on Aug. 14 and quickly grew due to high winds, steep slopes and dense fuels. So far it has burned 12,993 acres.

The cause of the fire was determined to be human-caused and tips are being sought from the public.

Anyone who was in the Williams Fork area the night of Aug. 13 or the morning of Aug. 14 and has photos of the area where the fire started is asked to email them to SM.FS.usfsarp@usda.gov.

Those without photos, but who have information to share can call 307-745-2392 and select option 5. Callers are asked to leave their name and call back number so law enforcement can contact them for follow up.

Click/tap here for an interactive map of the closures

RELATED: Did Denver really have the worst air quality in the world last weekend?