Firefighters from Laramie County Fire District #2 helped out the Loveland Fire Rescue Authority crew by staffing the station, and giving them a much-needed break. 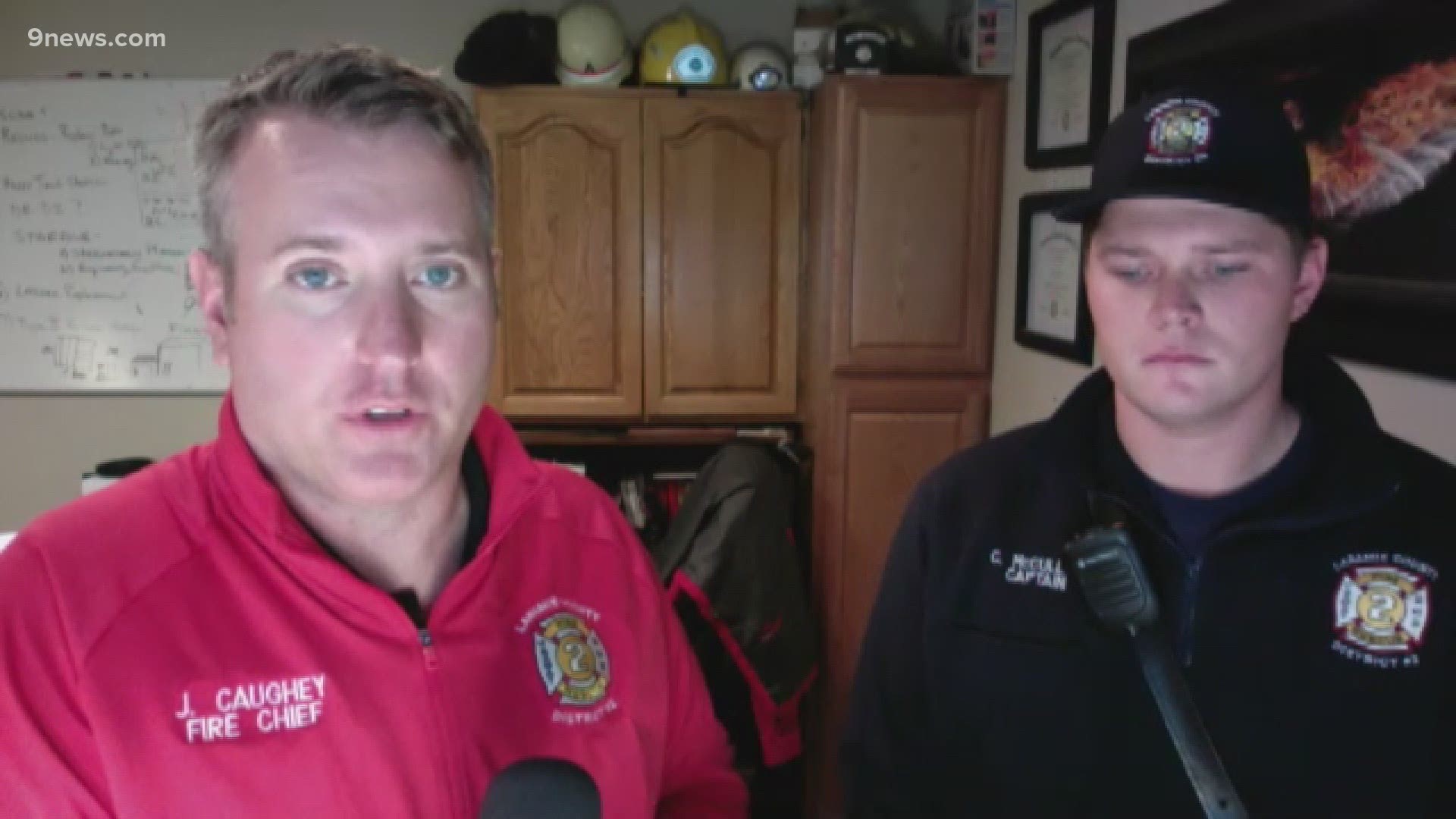 LOVELAND, Colo. — Firefighters around the state have been tirelessly fighting wildfires for months now with hardly any breaks – and new fires are still emerging.

So, firefighters in Wyoming answered their call for help.

Firefighters from Laramie County Fire District #2 in Cheyenne headed south to Loveland over the weekend to help staff the fire station and give the crew at Loveland Fire Rescue Authority a much-needed break.

"We were able to go down and take that shift and still provide a service in their community by answering all their 911 emergencies," Jason Caughey, chief at Laramie County Fire District #2, said. "So, we were going to motor vehicle accidents, emergency medical calls, people locked out of their vehicles, elevator rescues, etcetera, that occurred over the weekend, so that their folks could have a break."

Caughey said their relationship with Loveland Fire started back in 2013 during the floods that Loveland and the Front Range experienced. So he, and the crew at Laramie County, reached out and assisted Loveland back then, and still have a strong relationship today.

“From those floods in 2013, that goes a long relationship with Loveland Fire Department and the Front Range fire departments,” Caughey said. “And over the course of the last week during the Cameron Peak Fire, we were checking in with them to make sure they were doing OK.”

“They're all working extra overtime," Caughey said. "Most of them have been working 72 hours straight serving their community."