Beginning Tuesday, the public will be barred from entering the San Juan National Forest in southwestern Colorado due to the 416 Fire, fire danger and corresponding suppression efforts. The dry weather is to blame. 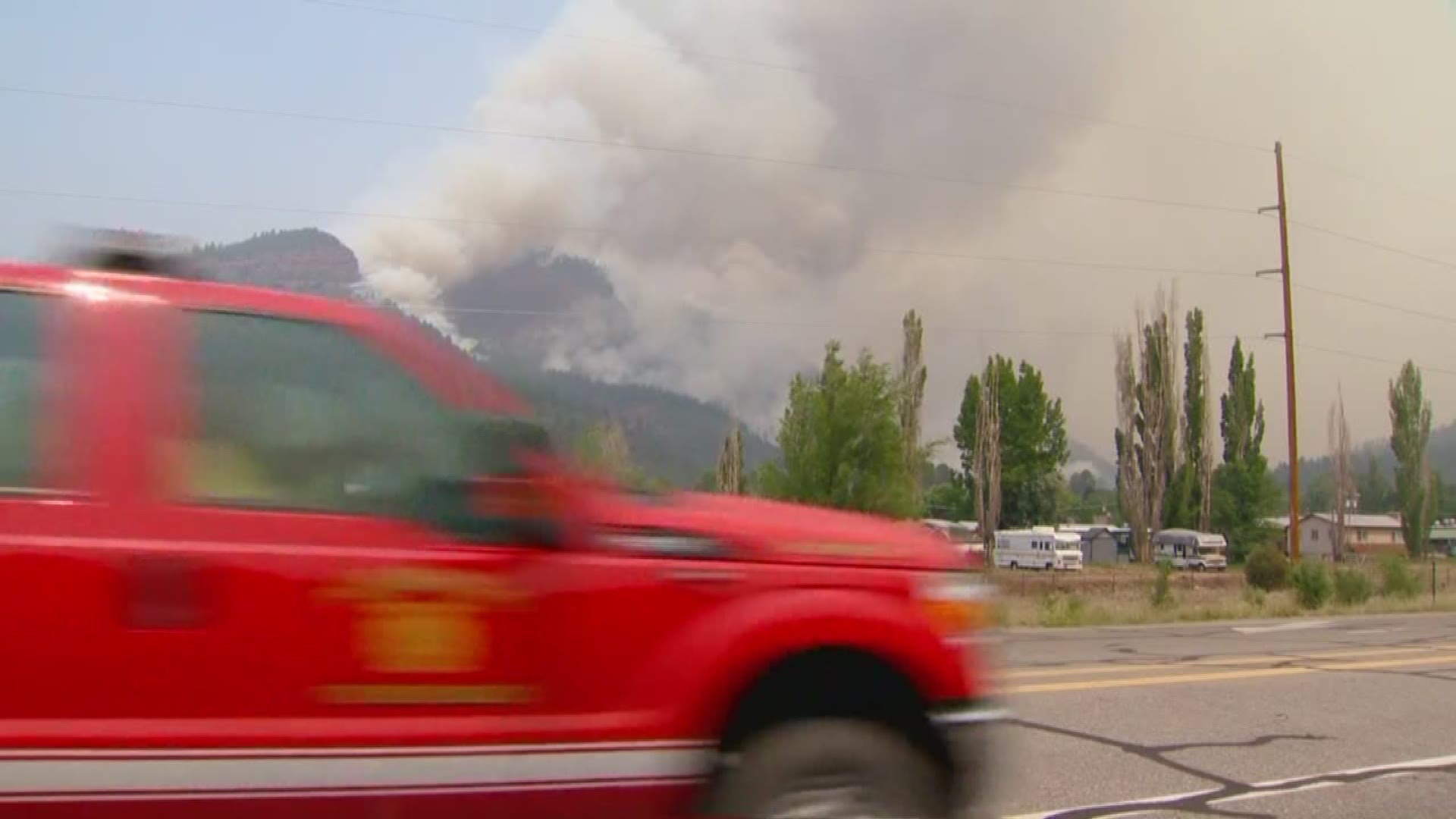 LA PLATA COUNTY - Staff at the San Juan National Forest are closing the forest to the public beginning Tuesday due to continued fire danger and the ever-growing 416 Fire.

Forest Service staff are implementing stage 3 fire closures, prohibiting all entry to the park by the public and most others, according to a news release from late Sunday evening.

The 416 Fire burning in southwestern Colorado continues to grow more than a week after it was first reported.

By Monday, the blaze had grown to 22,131 acres and remained at 10 percent containment as 813 firefighters work to battle it back. The fire saw significant growth over the weekend on the west and northwest sides.

Dry and windy conditions are expected to fuel the fire into Monday. The Fire Weather Potential remains at "severe," according to an update from the Rocky Mountain Incident Management Team.

Most Forest Service staff will also be barred from entering the park as fire fighting efforts focus not only on the 416 Fire, but also the now 1,000-acre Burro Fire not far from it.

Campgrounds, day use areas, roads and trails inside the San Juan National Forest will all be closed until the moisture returns, the Forest Service said.

While some exceptions may be made only by the Forest Service, entry to the park and any usage of roads or the like will come with specific requirements for fire suppression.

The McPhee Recreation Area Complex boat ramp and marina will likely remain open but access to the shore is prohibited.

Kara Chadwick, the supervisor of the San Juan National Forest, said the decision to close the Forest was not an easy one. In a news release, Chadwick said implementing several fire restrictions since May 1 hasn't stopped the dry weather or the fires.

One tiny spark could cause a catastrophic wildfire, Forest Service staff said in the release, and those that work in the forest aren't willing to risk it.

Violating the stage 3 fire restrictions in place or the forest's closure carries a mandatory appearance in federal court. It's punishable of a fine up to $5,000 for an individual and $10,000 for an organization, the release said. Prison time tops six months.

New mandatory evacuations were issued Saturday afternoon for homes in the Falls Creek Ranch and High Meadows subdivisions, and for residences on the west side of County Road 203 between Trimble Lane and Cometti/Mead lanes near the fire.

U.S. Highway 550 will stay closed between mile marker 32 and the top of Molas Pass during the evacuation period, fire officials said.

The fire started on June 1 about 10 miles north of Durango in the San Juan National Forest, and has since led to the evacuation of more than 2,000 homes.

Fire officials said that hot, dry weather over the weekend could make things harder for crews trying to control the fire.

Smoke has reached unhealthy levels in La Plata County as far south as the Colorado-New Mexico border, according to the Colorado Department of Public Health and Environment.

The area includes the communities of Durango and Hermosa and the Southern Ute Reservation. 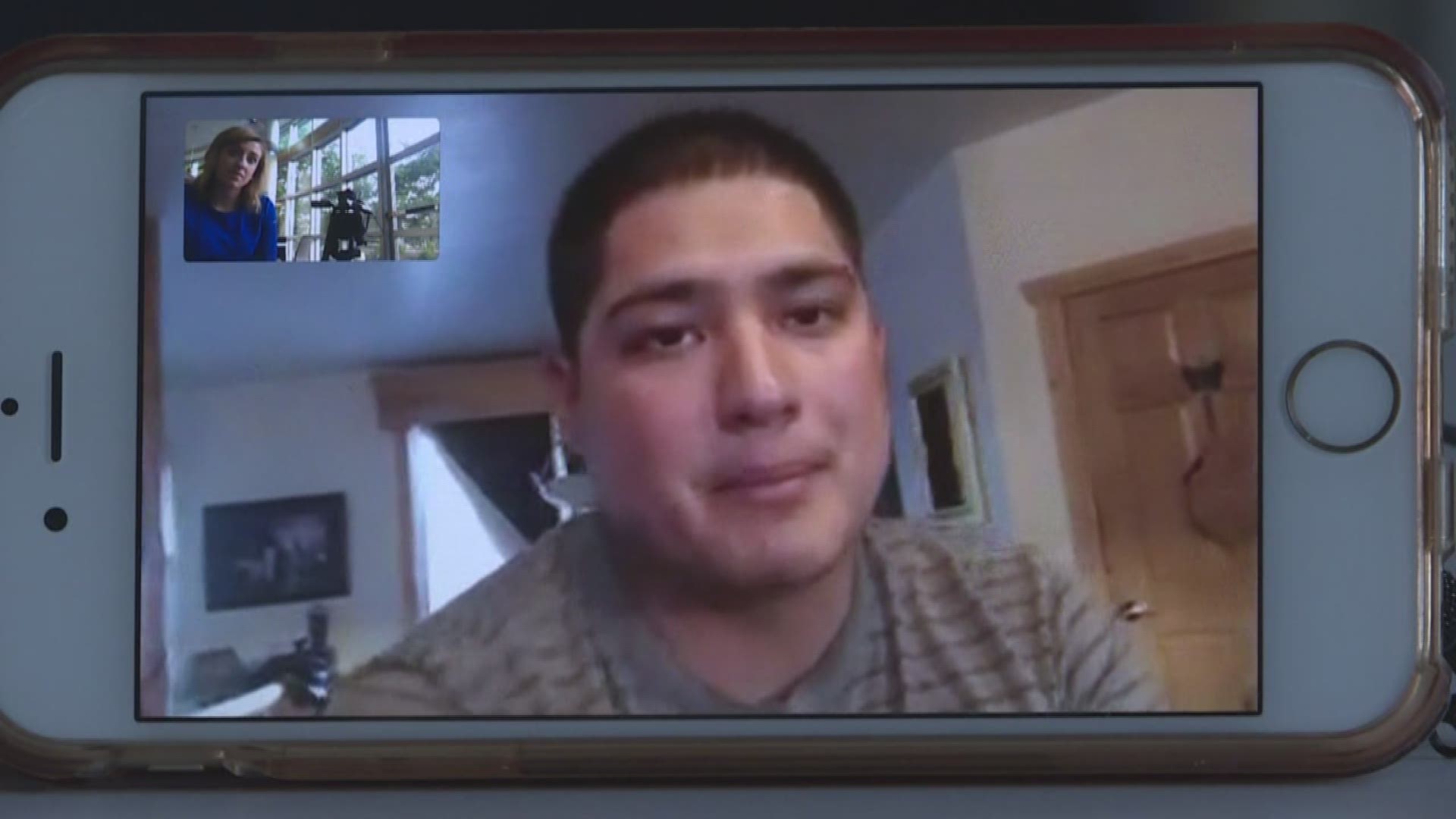 On Friday, mandatory evacuations for 304 residences were issued for the east and west sides of Highway 550 from Electra Lake Drive north to Hermosa Cliffs Road, and the north end of Two Dogs trail, according to a 416 Fire Facebook post.

By Monday evening, 127 more homes near the fire were under pre-evacuation notice. The residences are along the east and west sides of County Road 205 north from its intersection with County Road 204 to the Falls Creek Ranch subdivision entrance, the government of La Plata County said in a news release.

An evacuation center is open at Escalante Middle School at 141 Baker Ln. in Durango. It will now have 24-hour shelter capacity with arrangements for food and showers.

Livestock can be evacuated to the La Plata County Fairgrounds at 2500 Main Avenue. The emergency call center at 970-385-8700 can help coordinate pick-up of livestock. Small animals are being accepted at the La Plata County Humane Society, 1111 South Camino del Rio, Durango 970-259-2847.

Haviland Lake & Chris Park Campgrounds are closed because they are in the mandatory evacuation area. If you have reservations you should call Rocky Mountain Recreation at 1-800-416-6992 about refunding or transferring your reservation.

The Discover Goodwill of Durango, 1230 Escalante Drive, is now accepting clothes and household donations. Financial donations can be made by calling the Community Foundation serving Southwest Colorado at 970-375-5807, in the name of the Community Emergency Relief Fund.