Four homes and five outbuildings were destroyed in the blaze and many were evacuated. 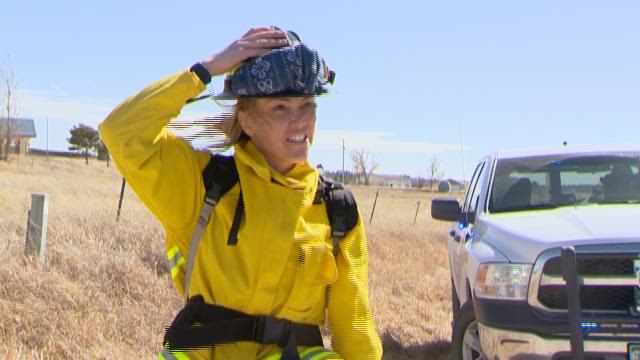 The Elbert County Sheriff's Office announced the fire was full contained just after 8 p.m. after breaking out earlier Sunday morning around 10:15 a.m. It began near County Road 118 and County Road 45 and spread quickly due to high winds and dry conditions in the area.

Four homes were destroyed and five barns were lost, the sheriff's office said. The total grew throughout the day.

#ForestRidgeFire crews working on hot spots within the black. Any ember in heavy wind can spark a new fire. Crews are being vigilant. pic.twitter.com/JE9XaSnpgS

No injuries or losses of livestock were reported. The cause is under investigation, but the sheriff's office says it's believe to have been accidentally started.

The rural area where the fire broke out has several dozen homes on large acreage lots, including many horses. The wind gusts - some has high as 45 mph - quickly pushed the fire east of its original place as far as County Road 49 and south to County Road 110, authorities said.

The Red Cross and Dumb Friends League set up at the Elbert County fairgrounds to help evacuees and those displaced by the fire.

All roads have reopened in the area around the fire and the original mandatory evacuation zone - from C.R. 45 to C.R. 49 and from C.R. 118 to C.R. 110 - has been downgraded to a pre-evacuation zone.

Fire crews will continue to work throughout the night to put out hot spots and make sure no flare-ups occur. 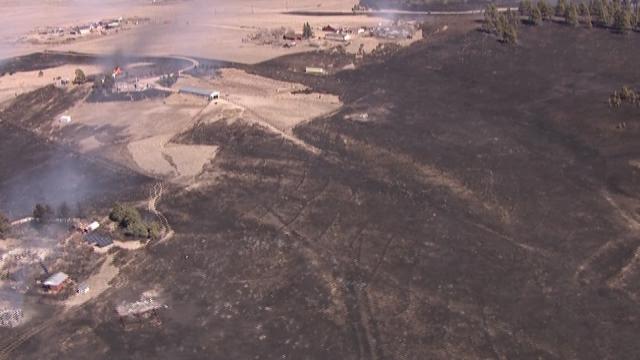 Community members dropped off food and cases of water and sports drinks for the first responders fighting the blaze and the Elbert County Sheriff's Office wants to thank them for their kindness.

Other community members showed up to help with pickup trucks and livestock trailers to get animals out of harm's way.

Smoke from the blaze was visible in Elbert, Arapahoe, Douglas and Adams counties.