A fire at such high elevation, so late in the year, was unprecedented in the history of Rocky Mountain National Park. 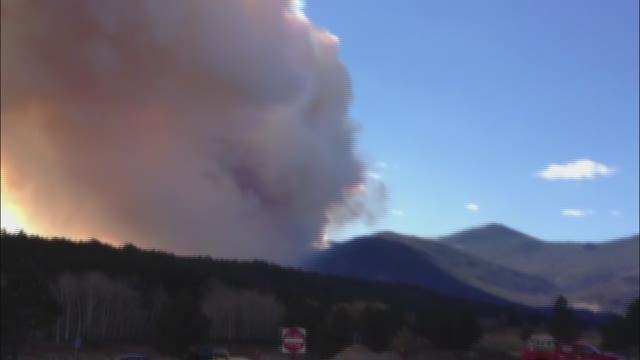 Late fall and early winter wildfires are rare in Colorado. In dry years they are possible and five years later, one continues to leave a scar on Rocky Mountain National Park.

The Fern Lake Fire started from an illegal campfire in early October 2012 near a popular spot in the park known as The Pool. For nearly two months it remained small and in a steep and rugged section of the park. On the night of November 30th and the morning of December 1st, everything changed.

Strong winds of more than 70 miles per hour pushed the fire three miles in just 30 minutes. Hundreds of homes were ordered to evacuate. Firefighters were able to make a stand at Bear Lake Road and Moraine Park. That work prevented the fire from moving out of the park.

The Fern Lake Fire was unprecedented in the history of Rocky Mountain National Park. Up to that point in its history there had not been a high elevation fire that late in the year. A December snowstorm slowed the fire down and the fire was finally out on January 7, 2013.

The area that burned had not dealt with a fire for an estimated 800 years. A severe drought that summer and trees dead from pine beetles provided the perfect fuels. That November had also been the driest in more than 100 years.

This summer, nearly five years after the fire, I had a chance to witness something park rangers have noticed since the first spring after the Fern Lake Fire: the forest is slowly beginning the process of healing itself.

1 / 11
Five years later, burned trees can still be seen in the area near The Pool.

On the Fern Lake Trail just beyond The Pool, hikers find themselves in the area where the fire started. The damage is still clearly evident. The meadow and the hillsides nearby are still brown and filled with burned trees.

Five years later though, this area is anything but barren. I found flowers growing around the charred logs that lay on the forest floor. Small trees are starting to grow back and fill the more than 3,500 acres destroyed by the fire.

From Moraine Park campers can still see the damage that was done. Signs show where firefighters were eventually able to stand their ground on December 1st, 2012 and stop the spread of the fire. Campers can also see just how far and how fast that late season wildfire moved.

In areas just beyond where the fire occurred, Fern Lake Falls is still as beautiful as ever. Fern Lake is one of the most beautiful spots in all of Rocky Mountain National Park. The areas untouched by fire give a glimpse at how the damaged areas will look in the years to come.

Fern Lake Falls, untouched by fire, gives a glimpse into what the damaged areas will look like in the years to come.

It will take time, lots of time, but Rocky's history is long and the area is resilient. For now it's an opportunity to watch nature work at the repairs season by season. It's also a reminder that in Colorado, wildfire danger is not limited to the summer months.