Information about the multiple wildfires burning in Colorado right now

9NEWS has an interactive map with information about all of the wildfires reported in Colorado at any given time. 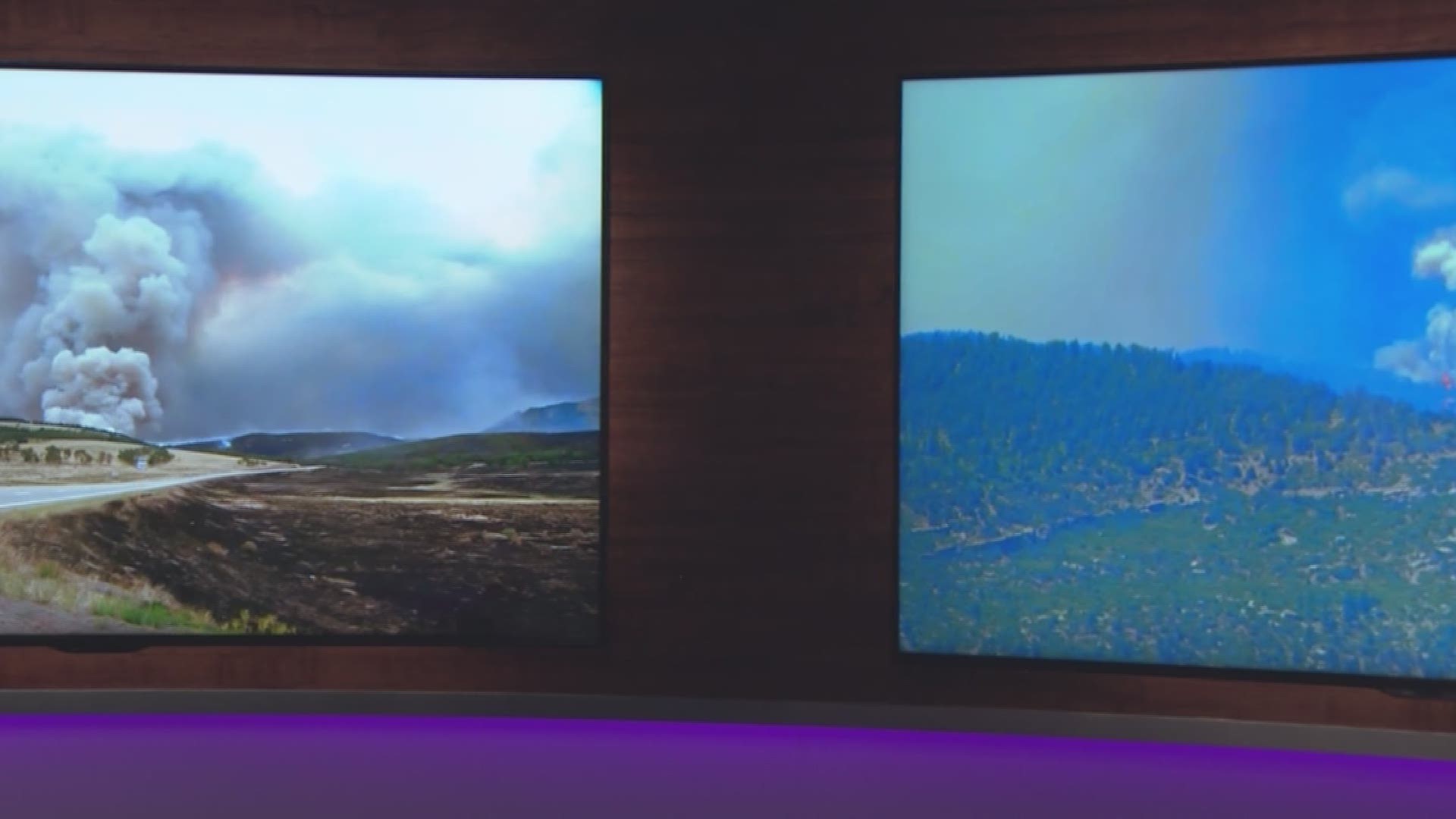 KUSA - Hot and dry conditions have persisted in Colorado, as hundreds of firefighters continue to battle multiple blazes burning across the state.

In a change from recent weeks, according to the Colorado Division of Homeland Security and Emergency Management, there are no major road closures due to the fires or large-scale evacuations.

MAP | What wildfires are burning in Colorado right now?

The Lake Christine Fire began burning the evening of July 3. As the fire grew, it prompted hundreds of evacuations. Those have since been lifted with the exception of residents in the Missouri Heights subdivision, who have been told to be ready to leave at a moment's notice.

The fire has destroyed three homes as of July 5, according to the Eagle County Sheriff's Office.

The fire was reportedly started by people shooting tracer rounds at the gun range. The suspects have since been charged with felonies.

The Sugarloaf Fire started burning June 28 north of Loveland Pass is a remote part of the Williams Fork Valley due to a lightning strike according to the incident command.

The area is rugged and steep, remote with no roads and no safety zones for firefighters. It is part of the Mountain Pine Beetle “bug kill” that devastated lodgepole pine forests 20 years ago in various parts of the Forest.

The numerous dead trees still standing present particularly dangerous conditions due to the sudden fall risk and potential to be struck by lightning.

The fire is not immediately threatening any homes or businesses.

Credit: Sky9
Sky9 video of a structure that had apparently been torhced by the Spring Fire in southern Colorado.

Location: East of Fort Garland, and straddling the line between Costilla and Huerfano counties

The Spring Fire began on June 27, 2018 and became the largest fire burning in the state. Multiple communities were evacuated in wake of the fast-moving blaze and a portion of Highway 160 was closed for days. It has since been reopened.

Jesper Joergensen, 52, has been arrested on criminal charges of arson related to starting the fire. According to an arrest affidavit, he was cooking meat for several hours in a fire pit the night before the fire started.

The blaze destroyed more than 130 homes.

The Weston Pass Fire is believed to have been sparked by lightning sometime during the morning of June 28. Mandatory evacuations have since been lifted for residents in the immediate area of the blaze, and US 285 has reopened between Fairplay and Antero Junction.

A local type four organization has taken over command of the blaze.

According to Inciweb, land and roads inside the fire perimeter and the panhandle of the Buffalo Peaks Wilderness have been restricted.

Signs are clearly posted saying where people can and can't go, according to firefighters.

Credit: Courtesy KOAA
A view of the High Chateau Fire in Teller County.

The 416 Fire started burning on June 1 and since then, has swelled to more than 54,000 acres. It is burning in a large swath of rough and inaccessible terrain.

All of the evacuation orders related to this fire has been lifted, and command of the fire transitioned from a National Incident Management Organization to the San Juan National Forest last week.

Some residents were put on pre-evacuation orders due to the potential for flash flooding in the area.

To date, this fire has cost an estimated $30.7 million.

The Badger Creek Fire started burning the evening of June 10.

Twenty six firefighters continued to battle the blaze, which was transferred over to the local forest for a smaller type 4 organization on Thursday.

Flash floods and debris flows are a concern if it rains in the burn area. Stage one fire restrictions remain in effect.

Location: In the San Juan National Forest about 14 miles south of Rico.

The Burro Fire broke out on June 8, and has been burning in steep terrain on both sides of Bear Creek.

Rain on July 5 and the ensuing days significantly reduced fire behavior, which is at "minimal levels," according to firefighters.

The estimated containment date is August 1.