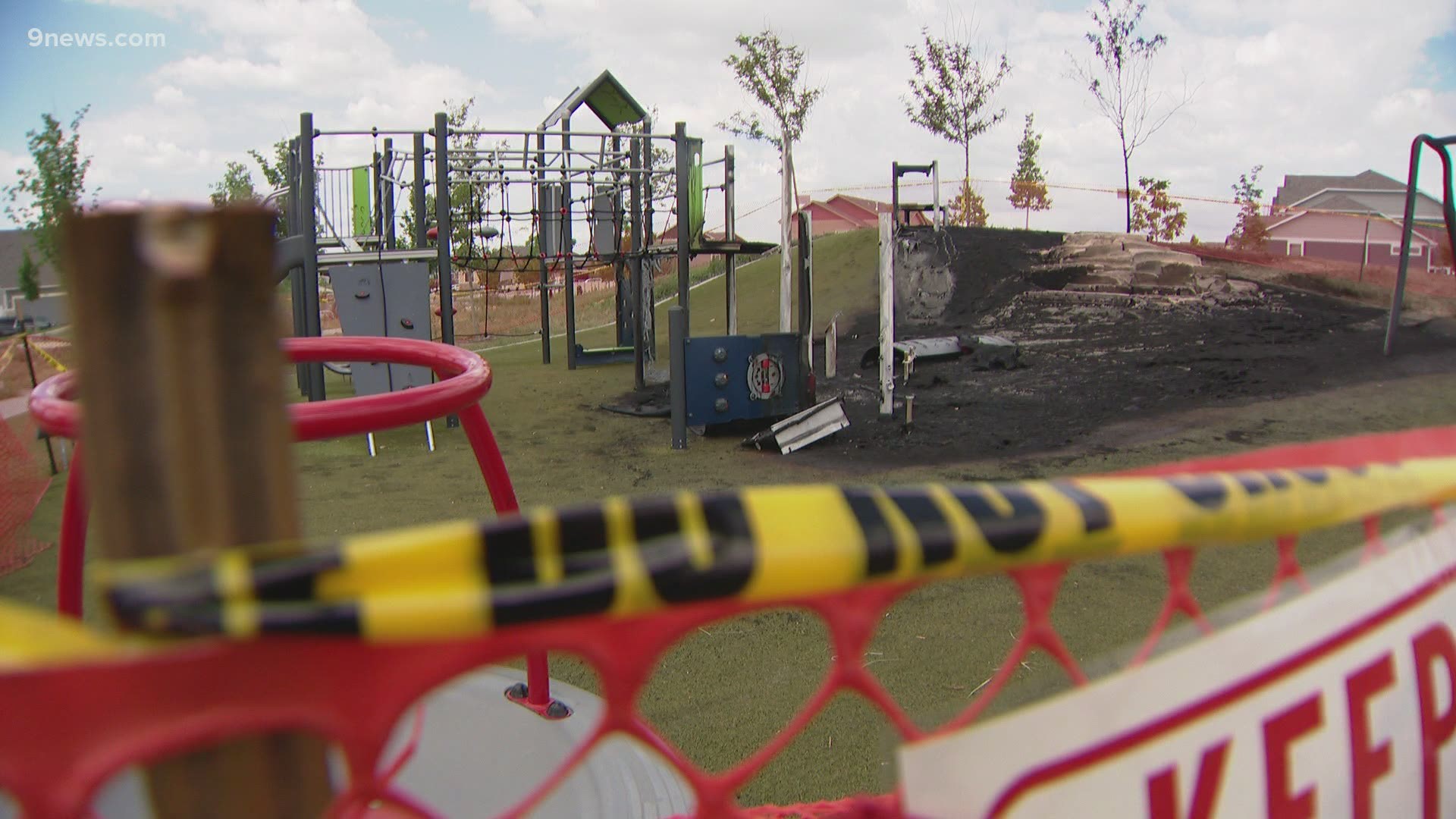 WINDSOR, Colo. — The Windsor Police Department said it was investigating a fire that caused nearly $300,000 in damage to a playground on Monday afternoon.

The Town of Windsor tweeted the fire was first reported about 2:30 p.m. at Village East Park. The park is located on Park Edge Circle near Cherryridge Drive just north of Highway 392.

The fire burned a section of the playground and adjacent land, the Town of Windsor said.

Town officials did not say how the fire started but asked anyone who may have witnessed the fire, or has information on the fire, to call Windsor Police Detective John Grashorn at 970-674-6445.

“This is a fairly busy playground, so we’re hoping someone saw something that would help us figure out what happened,” said Tara Fotsch, deputy director of Windsor's Parks, Recreation and Culture in a news release.

On Monday afternoon, Colby Childers and his crew from 4X Industrial were busy working at a construction site near the park.

"Then all of a sudden, everything stopped," Childers said.

Childers and his crew said they spotted the flames and smoke rising from the playground.

"I knew the fire department was just shortly coming, I’m sure, but we had a loaded water truck so we decided we’d better jump into action,” he said.

Childers said he directed the driver of an 8,000-gallon water truck to head to the fire.

“We got him backed up to the fire on the uphill side and just started puking water out," Childers said.

Their quick response likely kept the fire from spreading, but the flames destroyed several pieces of playground equipment.

"It was cooking the AstroTurf, the plastic slides, the stairs, everything," Childers said. “We were just pushing as much water as fast as we could at the time.”

Childers credited the fire department for putting out the fire, but neighbors said they were grateful the construction workers were there. On Tuesday afternoon, one woman dropped off cupcakes for the crew to express her thanks.

“I would hope any other contractor or any other citizen would do the same thing," Childers said.

The town said the playground is closed indefinitely and that ordering and installing a new one will take time. Windsor Police said replacement could take four or five months, with installation happening this fall or next spring.

At approximately 2:30pm today, calls were received regarding a fire at Village East playground. Anyone who witnessed this incident or has information is encouraged to call Windsor’s non-emergency dispatch at 970-674-6400 option 1. The playground is closed indefinitely. pic.twitter.com/HYIchg7oX9

RELATED: Don't let the rain deceive you: Fire restrictions continue in most national forests in Colorado