Residents of six apartments were displaced after a car crashed into a building at East Florida Avenue and South Parker Road. Two units suffered major damage. 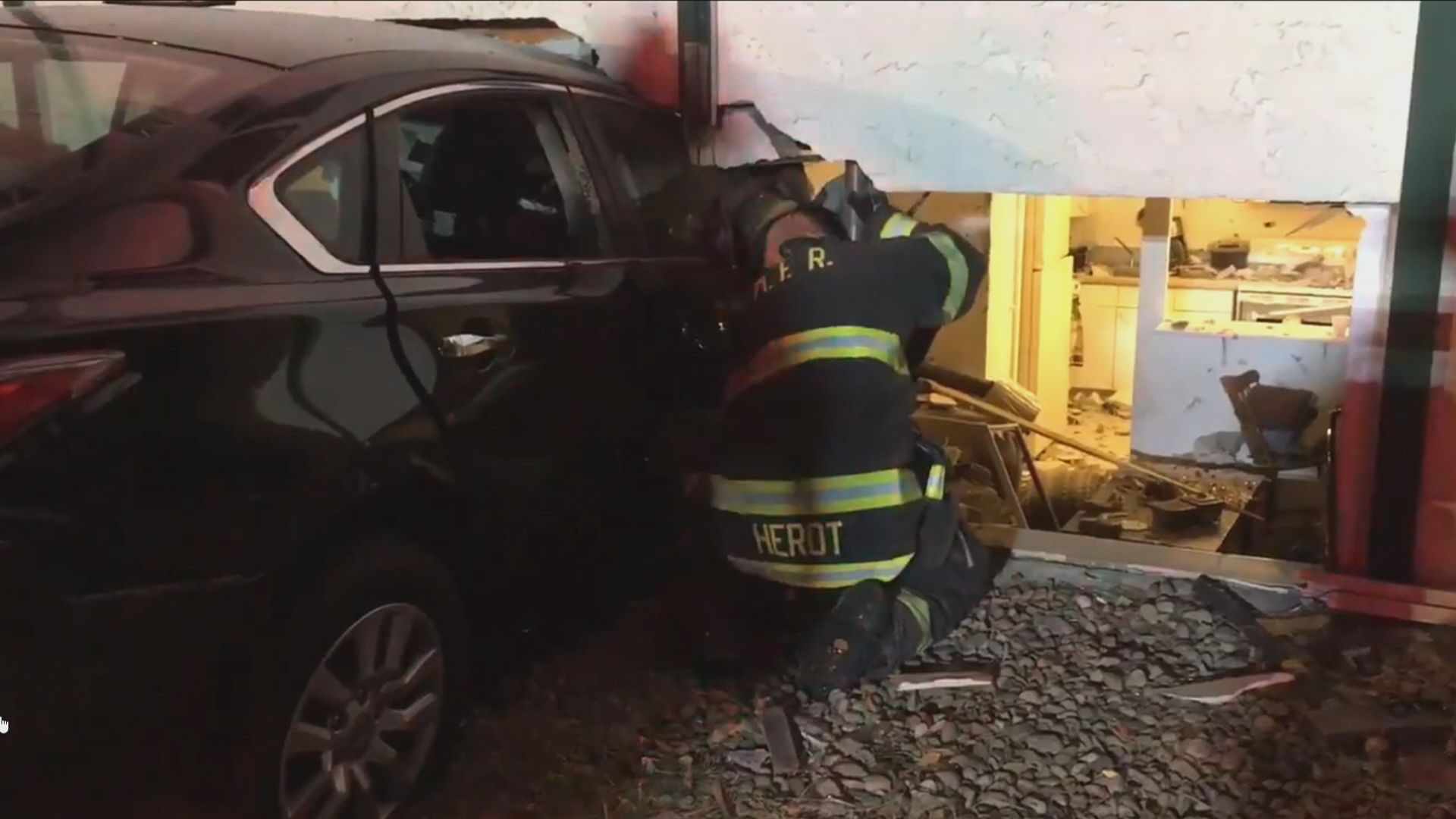 The man who crashed his car into an apartment building early Wednesday morning was not wearing any clothes, multiple witnesses told 9NEWS.

Residents of six apartments were displaced after that car crashed into a building at 8828 E. Florida Ave., around 2:30 a.m., according to South Metro Fire Rescue. That's near South Parker Road and East Florida Avenue.

Two people were taken to the hospital with minor injuries, the agency said. One of them was in the vehicle, the other was a resident. Two garden-level units sustained major damage, and a technical rescue team is at the scene working to stabilize the building. Those two units, as well as two units on each of the two floors directly above them, were evacuated.

The American Red Cross is assisting at least nine displaced residents. There's no word yet on why the car crashed into the building or whether the driver could be charged.