'I don’t want to be blown away': Heard County woman details how neighbor helped her get out of home during storm

Simone Baldwin said she is blessed to be alive hours after grabbing her cat and late husband's belongings during reported tornado. 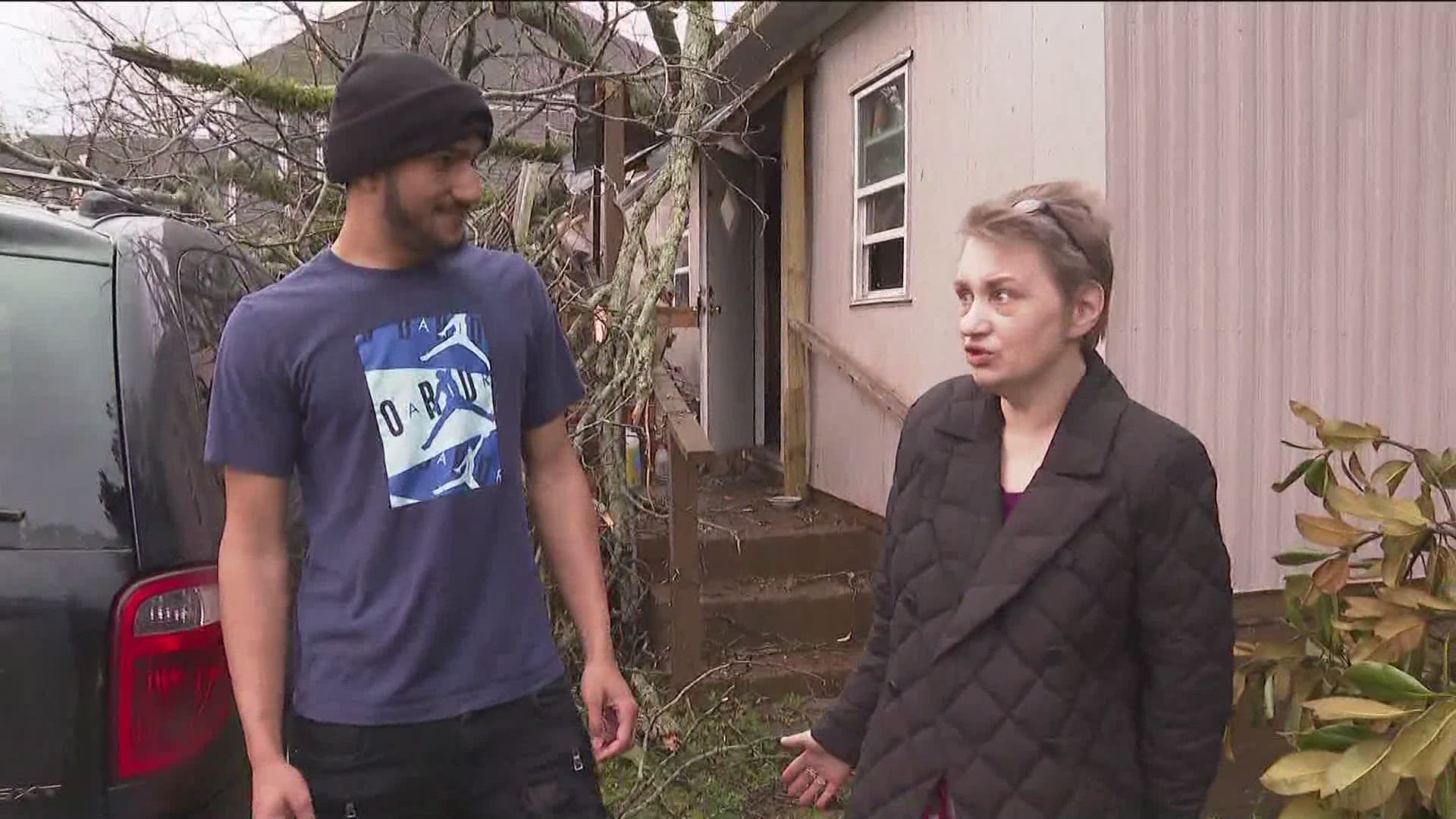 HEARD COUNTY, Ga. — Residents in Heard County are starting to clean up debris Friday following a violent storm that swept through the area overnight.

11Alive's Joe Ripley caught up Simone Baldwin, a woman who described a harrowing account of how she made it out of her home with the help of a neighbor.

Baldwin said she is blessed to be alive hours after grabbing her cat and late husband's belongings.

“My late husband who passed away with the military, he told me that if I hear a train and there is no train to run," she said.

She said she did just that.

If it weren’t for her cats reacting to the loud noises from the storm, Baldwin said she would have not been able to grab her husband’s mementos on time. She ran and took shelter. A tree toppled onto her home.

Neighbor Caleb Thornton heard the storm and Baldwin’s screams. He immediately rushed to get her out out.

“I was kind of scared at first. I wasn’t sure if the tree had fallen through the house. So when I got in there, my first instinct was to just get her out,” he said.

“The gas line over here broke and I could hear the gas hissing. I said, 'I need to get out of here. I don’t want to be blown away like a movie,'” Baldwin laughed. “He finally came and took the debris away from the door, took my arm and pulled me out.”

As Heard County EMS workers continue to survey damage from the area, Baldwin is looking forward to recovering what's left of her belongings.