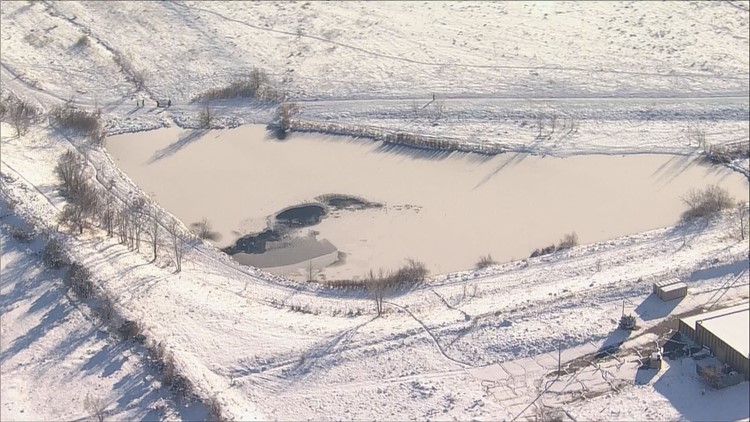 Woman rescued from Boulder pond after chasing dog onto ice

BOULDER, Colo. — A woman was rescued from a Boulder pond Wednesday morning after she fell into the icy water while attempting to reach her dog, according to the Boulder Fire-Rescue (BFR).

Just before 8:30 a.m., firefighters with BFR and officers from the University of Colorado Boulder Police Department (CUBPD) responded to 5278 Table Mesa Dr. after callers reported that a woman fell through the ice and into the water trying to save her dog, who had fallen into the water.

When they arrived, they saw the woman in the water about 10 feet from the shore with her head and arms above the water, according to BFRD.

Two firefighters entered the water and were able to rescue the woman and her dog in about 10 minutes. The woman was taken to Boulder Community Health. Her dog was taken to South Boulder Animal Hospital.

Firefighters used the incident as a reminder to leave pet rescues to the professionals.

“It is never safe to go out on the ice after a pet,” said BFR Chief Michael Calderazzo. “Our department trains for incidents just like this. We will come rescue pets that have fallen through ice. Please do not endanger yourself by walking out on ice.”

Earlier this month, West Metro Fire Rescue took part in training at Bear Creek Park so they can be prepared for incidents like this one.