Christa Moritz fell on her chin, resulting in a stroke, blood clots and facial fractures. 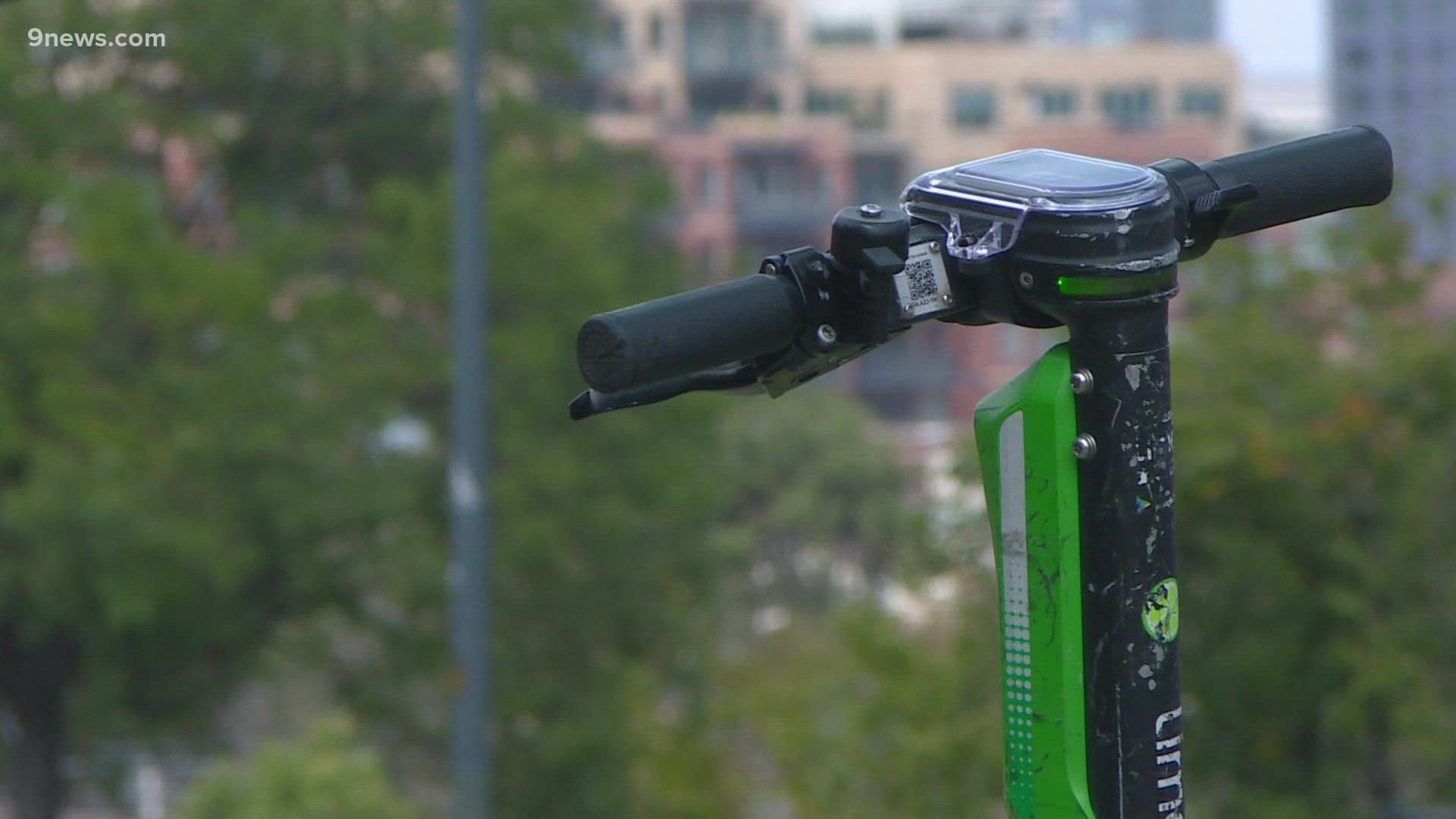 DENVER — A Denver woman is recovering from a stroke after crashing a scooter downtown earlier this month.

Christa Moritz was riding an electric scooter downtown to celebrate her husband Sam Moritz’s birthday on Sept. 18. The couple was using the scooters to get to a concert.

Christa tried to swerve to avoid people when she lost control of the scooter and hit her chin. She brushed herself off and purchased hydrogen peroxide and bandages afterward.

The couple got a ride to the concert, but as soon as they entered the venue, Christa began to slur her words and could not stand up.

“I was able to catch her and lower her to the ground and call for a medic,” Sam said.

She was taken to the hospital, where doctors quickly discovered Christa suffered from facial fractures on both sides, resulting in a blood clot that led to the stroke. They tried to break up the clot through an artery, but the procedure was unsuccessful.

Since her admission into the hospital, Christa continues to make a little progress each day. She is now conscious and alert. Doctors performed surgery on both of her mandibles on Wednesday. Her jaw will be wired shut for the next couple of weeks. Sam and Christa plan to learn sign language and write their thoughts down to communicate with each other.

Doctors are still trying to determine what her recovery will result in.

“Full recovery is a very bold thing to say. That’s our goal for sure, and she is a constant optimist. So I am kind of riding off of this optimism that she continually has to believe she will have a full recovery. She still has a long way to go,” Sam said. “I hate that this happened to her. She’s just the last person that this should have happened to because she is just the kindest human being and the type of person that you want to see in this world.”

Christa could remain in the hospital for the next few months. However, she was recently transferred out of the ICU – a major milestone in her recovery process. Sam said it is still too early to tell what abilities have been impacted as she continues to have right-side brain damage and left-side paralysis.

Friends of the couple have started a GoFundMe to help with medical costs.

Hundreds of people are reported to have scooter accidents every year. At this time, no agencies in Denver are tracking the number of scooter crashes, apart from the Denver Police Department when they are called to investigate or take down a police report.