A relative of the driver says the woman is doing "OK." 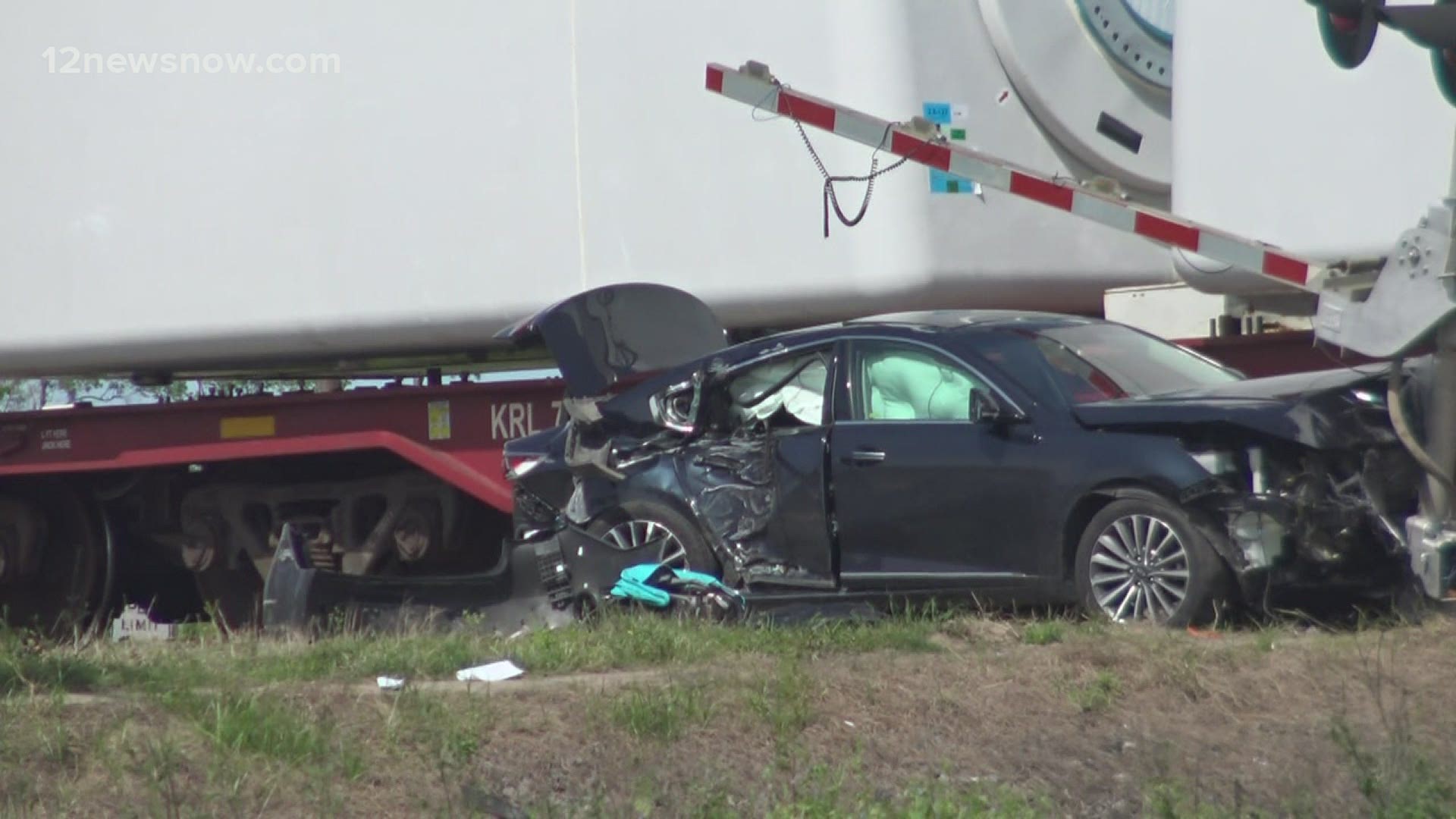 ORANGE, Texas — A crash involving a car and train in Orange sent one woman to the hospital Friday afternoon.

12News crew was at the scene. It happened at Bob Hall Road and Cordrey Avenue. The driver was transported by an ambulance to get help around 3 p.m.

The mother-in-law of the driver said the woman is shaken up but is doing OK.

The relative said the woman couldn't see the train as she drove up to approach the tracks. By then, it was too late, and her car was hit. She was the only person in the car.

The mother-in-law also said it was, “Nobody but the grace of Jesus Christ. That’s all I can say. And today is Good Friday, too. Lord, have mercy.”

Additionally, the relative said the crossing arms at the train crossing had been malfunctioning all day. Police are still investigating.

This is a developing story. We will update with more if and when we receive more confirmed information.