Man accused of yard sale robbery will not be charged, say police

The Adams County DA said the original allegations of theft by the man attending the yard sale was a "regrettable mistake and misunderstanding." 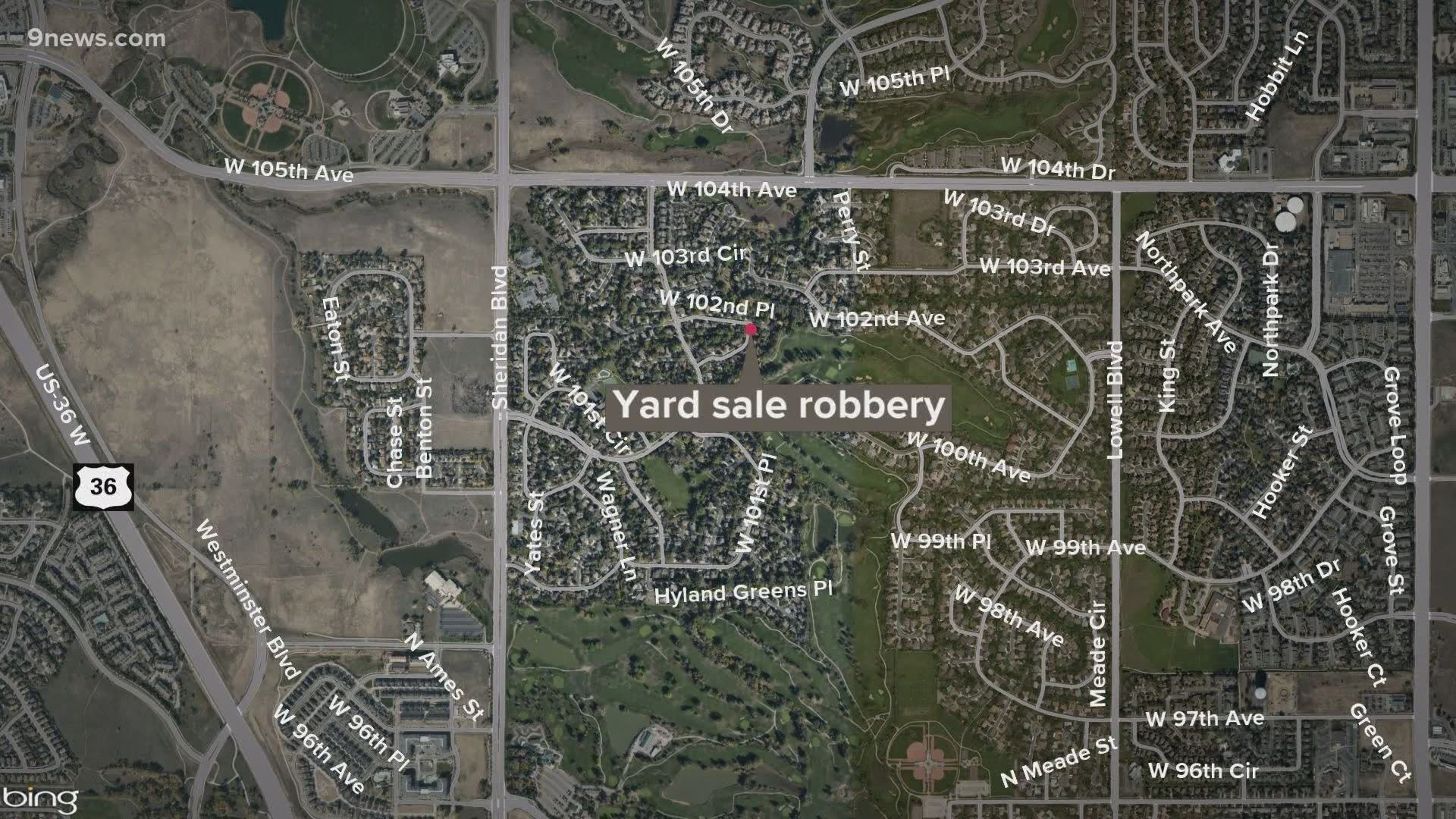 WESTMINSTER, Colo. — There will be no charges filed against a man who was arrested after a woman said she was knocked unconscious while trying to stop him from driving away from what she thought was a robbery at her Westminster yard sale Saturday.

The District Attorney's office reviewed the case and stated in a news release that not only did Armando Valdez Gonzalez commit no crime, he took every opportunity to contact the appropriate authorities.

The Sunday after the Saturday yard sale, WPD announced they had arrested Gonzalez for aggravated robbery, assault and theft, but the Adams County DA said Wednesday in a news release that "the original allegations arose from a regrettable mistake and misunderstanding."

According to Westminster Police Department (WPD), when they responded to the disturbance on Saturday in the 4700 block of West 102nd Avenue, the homeowners running the yard sale said they believed Gonzalez had stolen a bag used to carry cash from the sale, so the woman confronted him.

WPD learned that the woman reached inside Gonzalez's truck as he pulled away – she was dragged a short distance before falling off and losing consciousness.

The woman did regain consciousness and was ok after being checked out at a local hospital.

Police said Gonzalez contacted them to assure them he did not steal the money bag, even handing over his bag that he often uses while attending yard sales, for review. Later, the homeowners agreed the bag was not their stolen cash bag.

The DA said there is no basis for the filing of criminal charges against Gonzalez and the Westminster homeowners were informed, understood and agreed with the decision.