Worker dies in trench collapse on construction site near Johnstown

Several agencies assisted in retrieving the victim's body from the water-filled trench on Friday, authorities said. 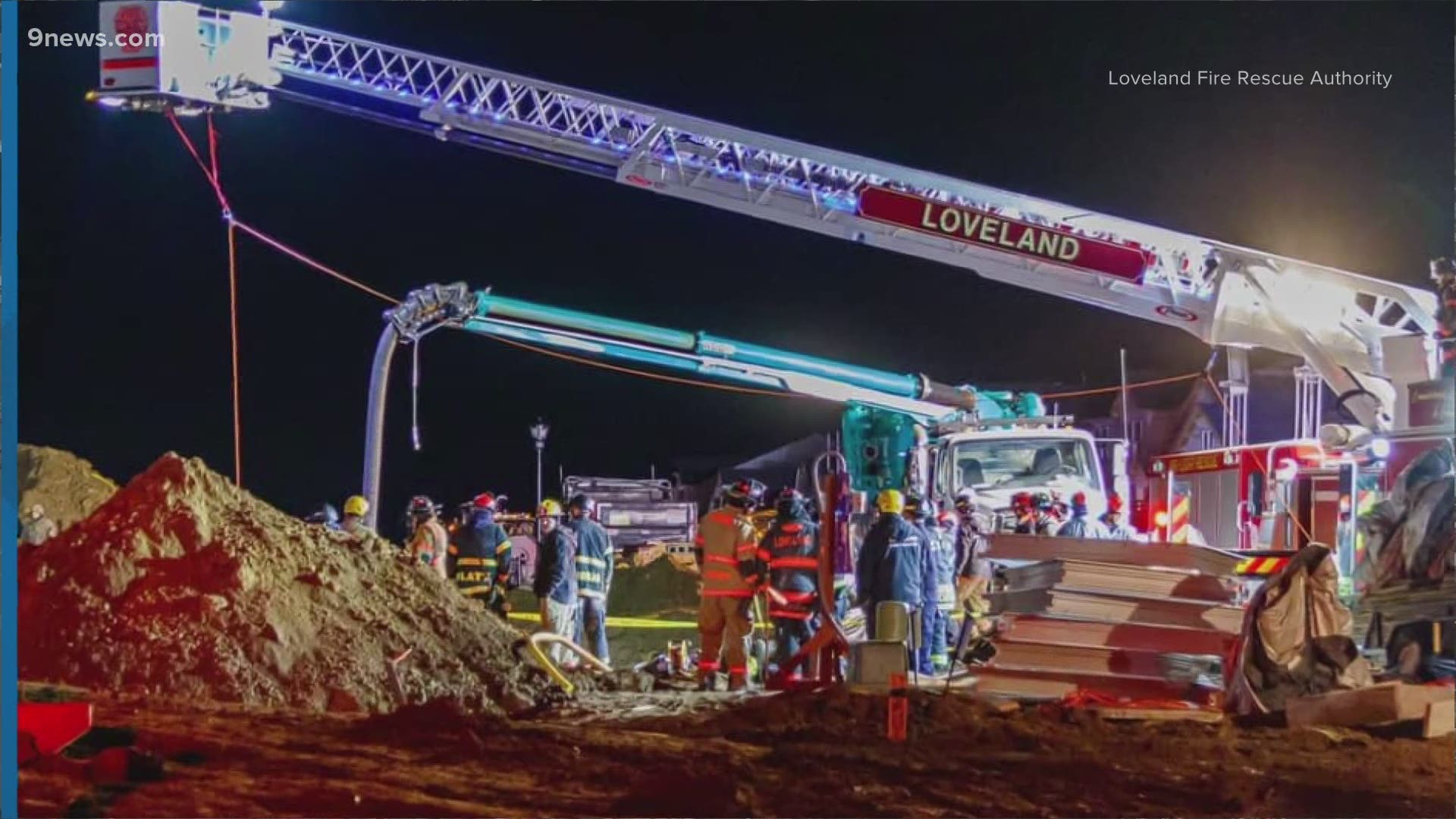 JOHNSTOWN, Colo — A construction worker died on Friday when he fell into a partially collapsed trench that filled with water on a worksite near Johnstown, according to Loveland Fire Rescue Authority (LFRA).

Firefighters were dispatched about 3:45 p.m. Friday to the construction site in the 4200 block of Lacewood Lane. They arrived within 10 minutes and found three workers in the trench, attempting to rescue a fourth worker who was underwater, LFRA said in a release.

The hole was about 25 feet deep and 30 feet wide at the top, funneling down to about 5 feet in width at the bottom. The trapped man was pinned in the mud under the water, LFRA said.

The four workers were employees of an excavating company that were attempting to connect a sewer pipe from a house under construction to the public sewer main. The men had been using a sump-type device to remove water from the hole. The water table was high in the area due to the nearby Big Thompson River, the fire authority said.

While they worked, water continued to flow into the hole and then the trench collapsed from the bottom, LFRA said.

When units arrived on the scene, Thompson Valley EMS paramedics ordered the three other construction workers out of the hole or they also could become trapped.

LFRA requested assistance from other agencies and a vacuum truck from the City of Loveland. About 60 personnel from various agencies responded to the scene.

The vacuum truck and small pumps were used to remove water from the work area as crews attempted to recover the victim. A natural gas pipe and an electrical power line had to be removed, LFRA said.

Crews removed the victim's body from the hole at about 11 p.m.

The Larimer County coroner's office will release the man's identity after an autopsy.

LFRA Battalion Chief Tim Smith, who was the commander on the scene, said in the release that contractors should use trench boxes and other protection: “It’s more time and effort, but what they don’t see is the outcome if they don’t use these safety devices.”