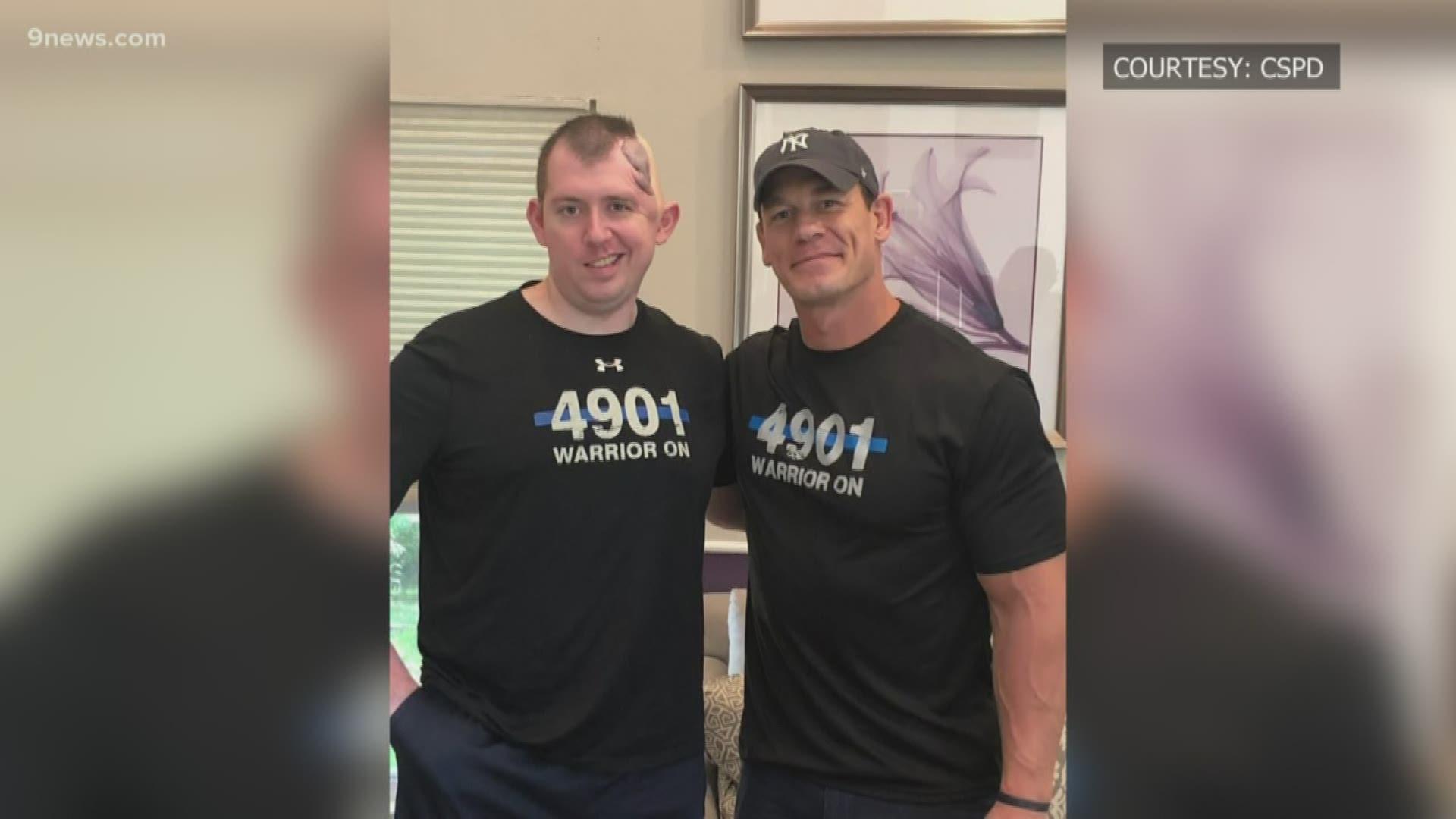 NEW YORK — Colorado Springs police officer Cem Duzel and his family received the surprise of their lives Friday morning as WWE star John Cena showed up at their home in New York.

The actor, pro wrestler and media personality recorded a video in March offering words of encouragement to Duzel. Cena recorded the video from the Vancouver set of his new movie, "Playing With Fire."

Duzel was critically injured during an exchange of gunfire with an armed suspect on Aug. 2, 2018. CSPD and others documented Duzel's recovery as he improved from being bound to a wheelchair to walking.

He recently returned to his home state of New York to undergo rehabilitation therapy for the upcoming months.