17-year-old Ashira Campbell had attended protests before, but organized this one in response to the death of Daunte Wright. 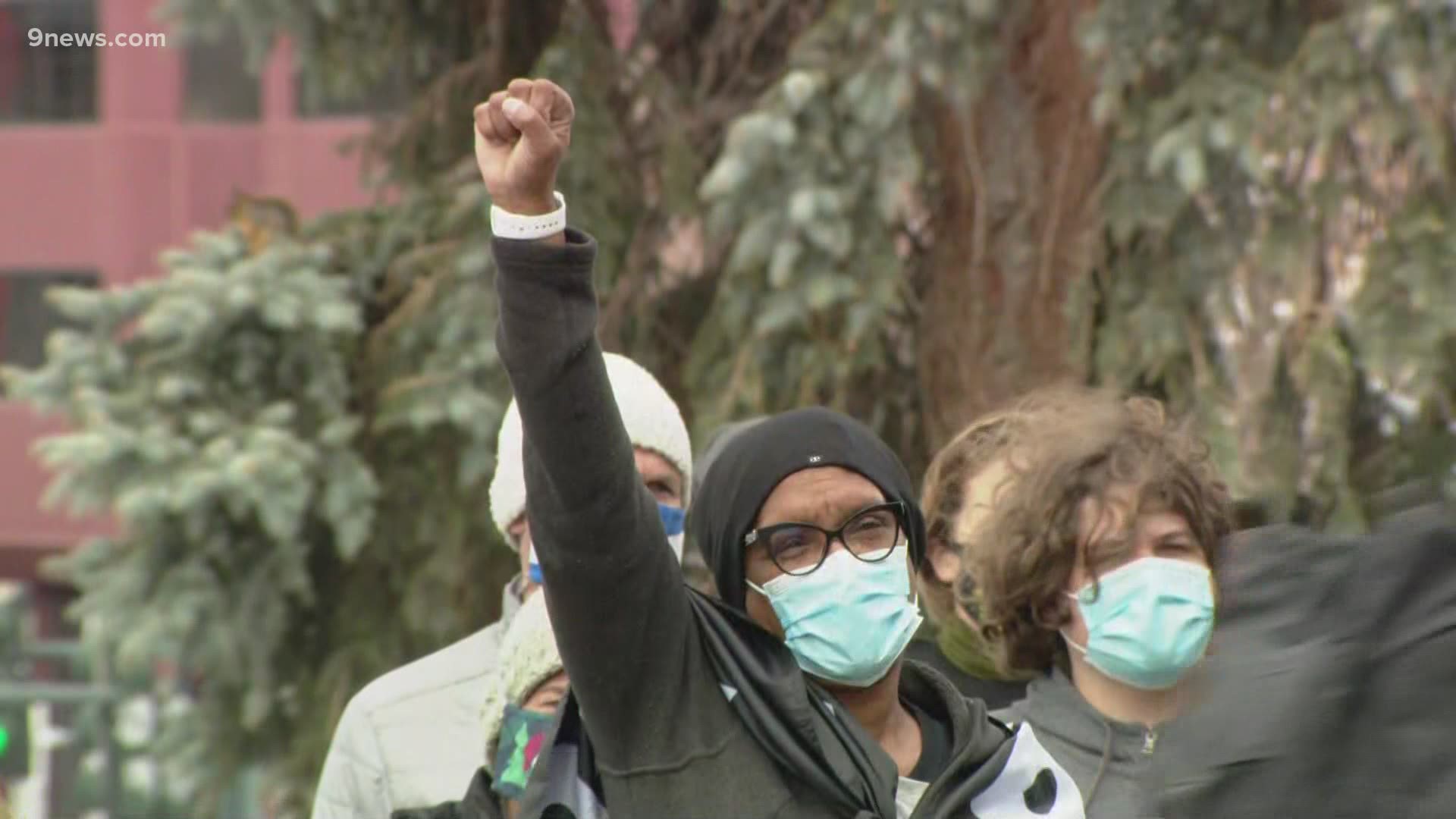 DENVER — Two separate protests were held in Denver on Saturday in response to the death of Daunte Wright. While one of the protests was led by the Party for Socialism and Liberation, the other was led by a young activist organizing for the first time.

Ashira Campbell stood at the steps at the state Capitol with passion behind her voice. The 17-year-old had attended protests before, but organized this one in response to the death of Daunte Wright.

Campbell, a senior in high school, led chants in between speakers who were similar in age.

Most of the speakers on Saturday at the noon event were teenagers. Martha Wilson brought her two children.

"I cannot take off my skin even though this is my day off, I’m here," she explained. "There is no rest when you are brown and I very much want my kids to be aware of that."

Wilson's 13-year-old daughter is the same age as Adam Toledo, a Chicago teen recently shot and killed by a police officer in Chicago. The death has sparked protests throughout the country.

"It makes me feel kind of scared for other kids because if they get shot I might get shot," Martha's teenage daughter said.

Much of that fear manifested into action on Saturday. Volunteer Laura Dennison said it was the greatest gift she could get, as she helped the young activists with their audio equipment.

"I'm basically at the age where I see the youth coming up and it brings tears to my eyes because in our generations we were never strong enough I felt like."