As a young woman and her son faced the possibility of being put out in the cold, advocates and community groups learned her story and jumped in to help. 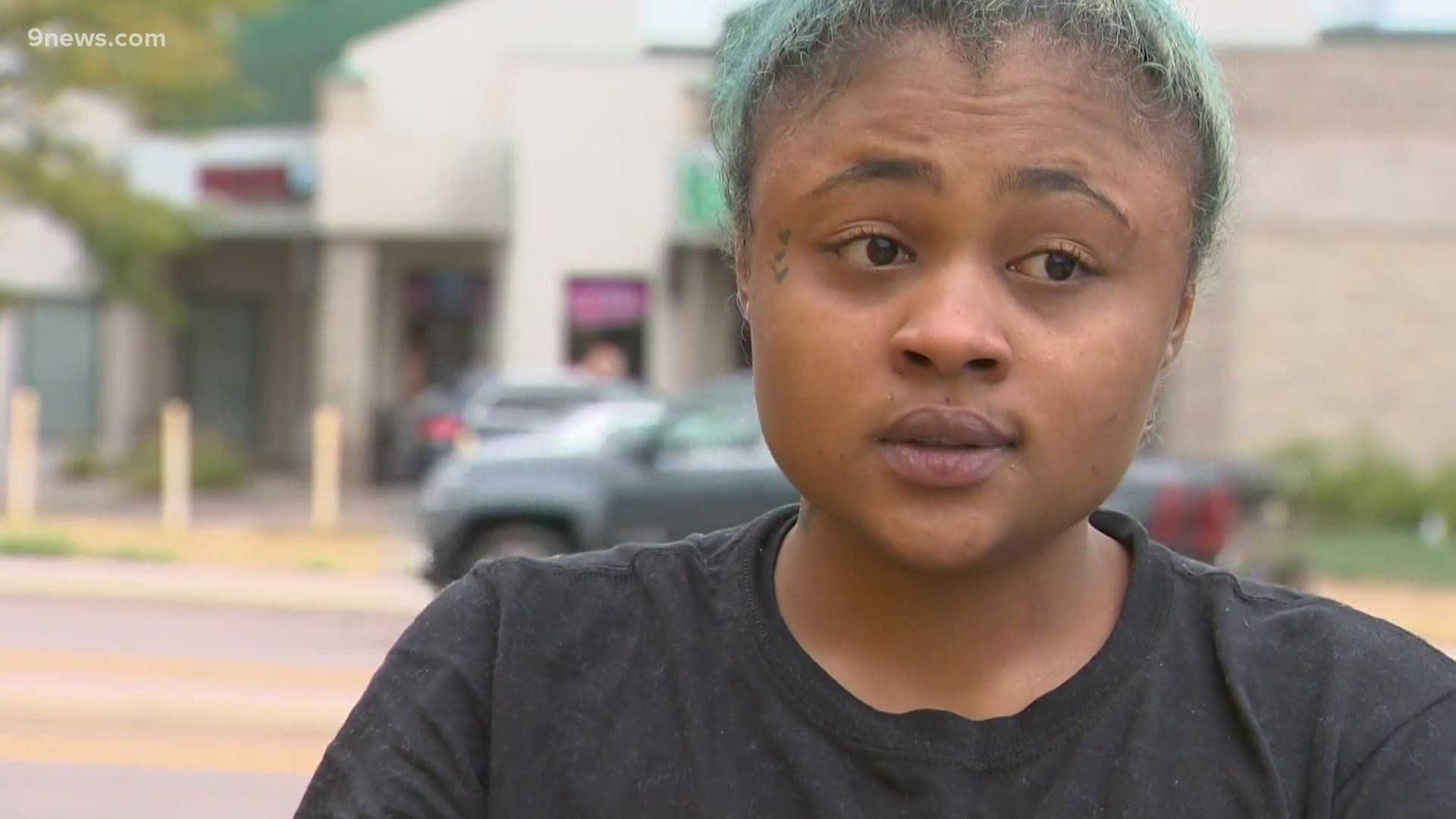 DENVER — As the snow was moving in this week, a young woman and her son were facing the possibility of being put out in the cold.

They'd been evicted, with no place to go and no way to afford a hotel in the meantime.

Tyquajanna Lornes is just 21 years old, a kid herself, and mother to a 6-year-old son. Lornes has been out of the system and off parole for a year, trying to support herself, her grandmother, and her child, without the help of state resources for the first time in her life.

"I had just turned 21, I had just gotten off parole September 10, and a few days later, I found out my brother was dead," Lornes said, recalling this time last year when things started to go downhill for her and her young son. "After that, I couldn’t pay $1,400 for rent alone. It was too much."

Lornes is the big sister of Treaujalaune, or "Trey," the 14-year-old who was shot and killed this time last year near South Monaco Parkway in Denver.

In September 2019, Lornes said police told her family it was an argument over a pair of Jordan sneakers that led to her brother's killing.

Since burying her baby brother, she said it has been an everyday struggle.

With school being remote most of this year, her son has been home all day for months. As a single mom, that has given Lornes even fewer options to support them.

"Sometimes, I’m scared to leave them because anything could happen to my grandma. My son can't take care of her, he doesn't know what insulin is. If anything happens to them when I'm not there, what am I supposed to do?"

Her worries mounted earlier this week when she and her son and grandma had nowhere to turn to put a roof over their heads.

"It’s hard, because sometimes I don’t have answers for him," Lornes said pointing at her six-year-old and crying. "I don’t know what I’m going to do."

Advocates in the community heard Lornes' story and immediately stepped in to help. McBride Impact also started a fundraiser for Lornes and her family to help them afford a more permanent living solution.

Thursday, Lornes met some of the advocates who are already working to help her.

Like Michelle McDaniel, the woman who found the money to put Lornes and her family in an area hotel this week when they were facing homelessness. McDaniel works with AIM, Denver Health's At-Risk Intervention and Mentoring program.

McDaniel had never met Lornes before Tuesday. In fact, all three of the advocates who have come alongside Lornes and her family were strangers before this week.

Jason McBride, with McBride Impact, also heard Lornes' story for the first time two days ago and immediately jumped into action to help - bringing hot meals and a trunk full of groceries.

"Just to be able to help somebody and have them really, really appreciate it," said an emotional McBride. "It just makes you think about how blessed your life really is."

In addition to starting a GoFundMe for the Lornes family, McBride has committed to delivering several weeks-worth of groceries, diabetes strips, toiletries, detergent, and other essentials to Lornes and her family.

"I’ll be speaking with the city of Aurora in reference to helping with housing and all the needs that this young lady and her family have," said a third advocate, Candice Bailey. "This is literally three generations and the disparities are very, very obvious."

Bailey is with Compound of Compassion in Aurora and the third to jump in Thursday to advocate on Lornes' behalf.

"The next phone call could be that this young lady has died, that her mother has died, that her child has died. And we dropped the ball," said Bailey. "And all it was, was that I had to show up with a box of food and a heart and make some phone calls? That’s the very least we can do. As decent human beings."

Bailey said she will work with Lornes and her family on accessing affordable housing. And plans to take their housing disparity all the way to the city of Aurora for a solution.

"Everybody get up and help somebody. Do something good every day," Bailey said. "Good because it’s the right thing to do. Good because it’s what humanity needs right now. More than judgement, more than bureaucracy or politics – just good human beings. Good people."

If you would like to donate to Tyquajanna Lornes and her family, you can visit the fundraising page by clicking here.