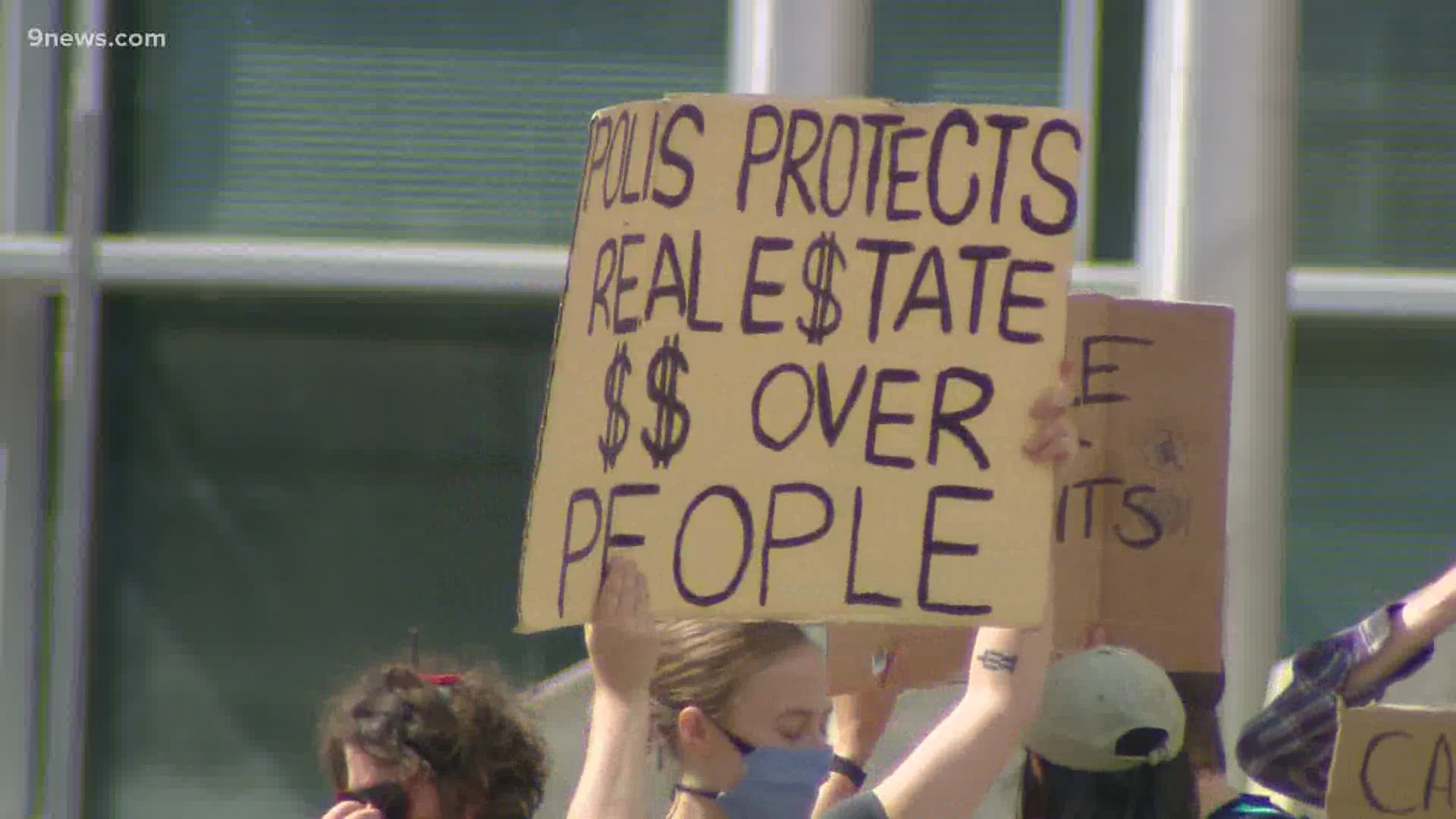 DENVER, Colorado — A group of protesters locked arms and blocked an entrance to the Webb Municipal building in Denver Thursday. They hoped to keep landlords from moving forward with eviction notices during the pandemic.

Police told 9NEWS they arrested two people for "obstruction of a government operation" but the rest of the protesters could continue demonstrating so long as they didn't block the doors.

“Some people out here are in danger of being affected, already been given a summons. So it's personal for some people,” said one of the organizers, Gabriel Levine of the Afro Liberation Front.

Democratic Governor Jared Polis allowed a moratorium on evictions to expire last month and put the onus on the state legislature to find a solution. They could not come to an agreement.

“We don't feel our elected officials are using the power at their disposal to come up with creative solutions,” said Levine.

Nearly 600,000 people could be at risk of eviction according to data provided by the Aspen institute.
But just 458 eviction cases were filed in the state last month.

“Rent collection rates during July, about 94% of accounts were paid on time, which is only about a percentage point off of normal levels,” said Drew Hamrick, Senior Vice President of Government Affairs of the Apartment Association of Metro Denver.

The true test will come August 11.That's when an executive order extending eviction notices to 30 days from 10 ends which could prompt a slew of court-ordered evictions. But Hamrick says a lengthy eviction process is not something most landlords want to take on.

“You can't accept rent during that period of time so it costs a landlord between four and five thousand dollars to to evict someone. So it's the last place on earth the landlord wants to be,” he said.

RELATED: Wave of evictions expected as moratoriums end in many states

But with a pandemic threatening more uncertainty in coming weeks, the protesters worry it may not be enough.