Married on Tuesday. Deported on Wednesday

The immigrant community in Atlanta is terrified after they say ICE has been conducting raids in their communities. 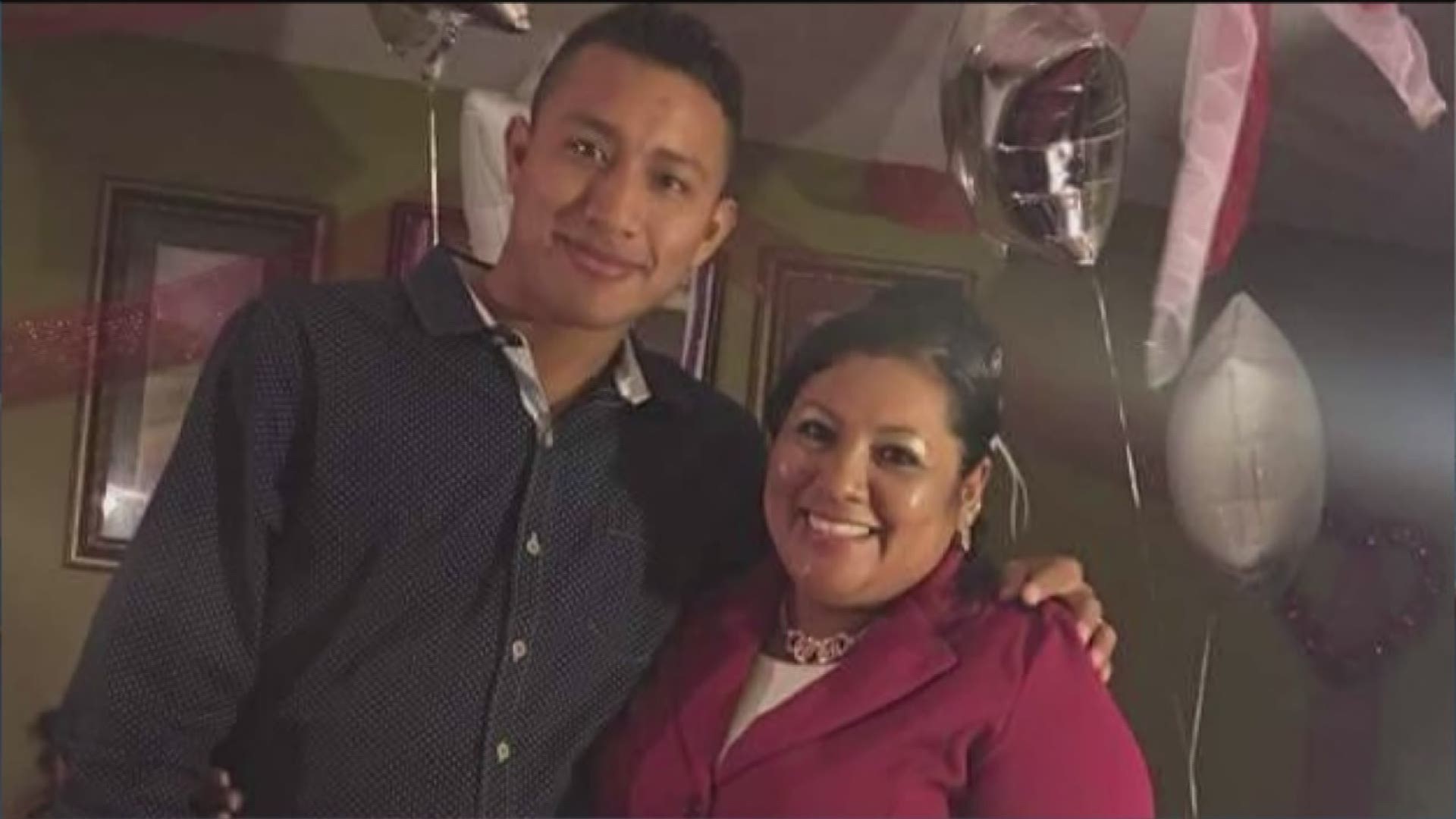 The immigrant community in Atlanta is terrified after they say ICE has been conducting raids in their communities.

The Department of Homeland Security says the vast majority of people deported over the past few weeks have had criminal records, but people in those communities dispute that and are calling the arrests "round-ups".

Behind the drawn blinds drawn blinds and the locked doors, Fredy Del Valle's home is still decorated from last Tuesday's wedding. Photos of him kissing his bride are proudly and prominently displayed.

"It was a happy moment," 15-year-old Evelyn said. She is a legal citizen, born in Brookhaven. Her stepdad Fredy came to Georgia from Mexico illegally last year.

"He's so nice. He will always be here for us. He would motivate us to do things," she said he was always pushing his family members to make themselves and their community better.

He was reporting for work the day after his wedding to Evelyn's Mom when he was arrested.

"He was jay walking because there isn't a crosswalk there, and they got him," Eveyln said.

Evelyn and her mom have been trying to contact him in the detention center for more than a week. They haven't been able to reach him.

His family says he does not have a criminal record, and they only thing he did to break the law was walk across the street.

"I'm sorry, they are denying that it's happening, but it is happening," Belisa Uriba said. "Because we are there and we have seen it."

Uriba is the executive director of Ser Familia and has been working with the families left behind in Georgia after their loved one is deported.

"It feels uncertain, it is scary for them," she said.

She agrees that people with criminal records should not be in the United States illegally.

"If we have bad apples, people who have criminal records and are doing bad things of course we don't want them here and they don't belong here," she said. But she thinks people following the law and trying to make a better life for their family should be left alone.

Evelyn's Mom, Victoria came to Georgia 23 years ago, and is undocumented, too.

They're terrified she'll be next.

"At this point, they took him and now we're scared they're going to take her. If they take her, we have no one," Evelyn said.

11Alive News asked ICE specifically about Fredy Del Valle's immigration status and criminal record, but they have not commented on his case specifically.

A spokesman said 200 people in the Southeast Region have been deported over the past few weeks, the vast majority of them did have criminal records.

They call those numbers normal and not out of the ordinary.

According to Immigration and Customs Enforcement (ICE) enforcement officers, under the Trump Administration, they are now authorized to use their discretion to make more arrests than they did under the Obama Administration.

And last week, reports of raids came in from cities around the country, including in Atlanta.