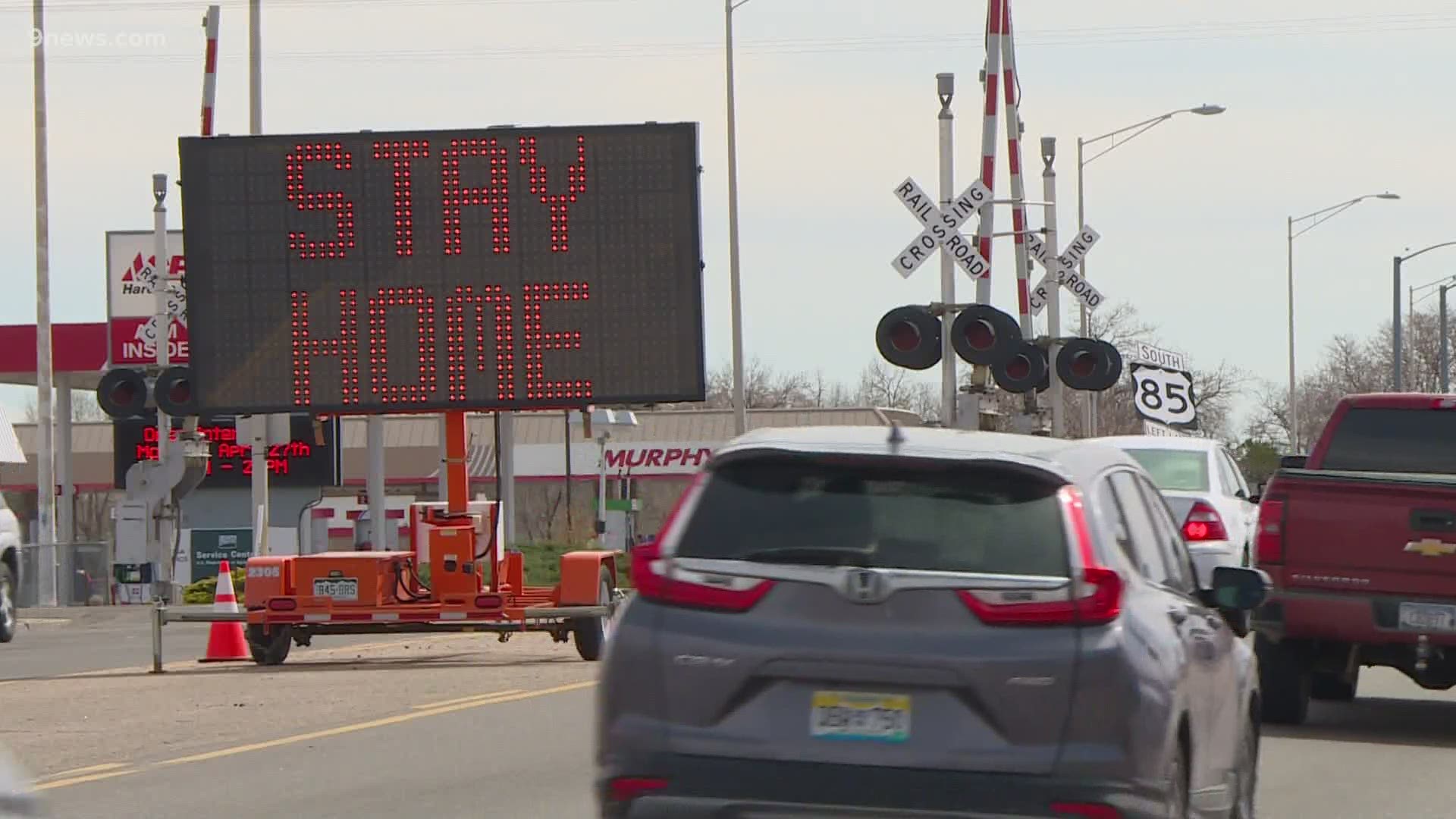 BRIGHTON, Colo. — If it were up to Brighton Mayor Greg Mills, the stay-at-home order impacting his city would be ending, not extending.

“We are excited to get back to something normal and what the governor announced several days ago with the ‘safer-at-home,’ I think is a great step in the right direction," Mills said.

“I’m not very happy with [Tri-County Health Department] and having them extend the stay-at-home," Mills said.

The health department covering Adams, Arapahoe and Douglas counties pushed back the stay-at-home order for Adams and Arapahoe counties.

In a release sent to 9NEWS, the health department explained the extension was meant to "stem the ongoing high level of COVID-19 virus infection in these counties."

Douglas County was not included in the order because the county "has continued to have low levels of case numbers and hospitalizations in recent weeks," the health department said.

Health orders now overlap in cities like Brighton which is part of Adams and Weld Counties. While Adams County will extend stay-at-home until May 8, Weld County commissioners are more than ready to reopen their county on Monday.

“Our dividing line is about 168th Ave. Everybody north of that is in Weld County," Mayor Mills explained. “So you’ve got people basically across the street from each other that are under different orders.”

"Aurora is in all three counties and we are represented by the @TCHDHealth. The idea was to have a regional Denver metro solution but the health department decided not to go along," Coffman said in a series of tweets.

Coffman also suggested that politics influenced the health department's decision not to include Douglas County in the extended health order.

"I’ve heard the explanation from the health department that it’s because of the differences in #COVID19 “hot spots,” but I believe a more accurate explanation is the wall of opposition put up by @douglascountyco elected officials," Coffman tweeted.

In the letter, Mills said he participated in a briefing with executive staff at Platte Valley Medical Center.

"They indicated that they continue to do 'very, very well' and have only three patients currently on ventilators," Mills wrote.

Mills said the hospital indicated that its worst days were around April 11.

"This is a regional hospital serving an area much larger than just Brighton. I am having difficulty reconciling this information from our hospital with Tri-County's decision to keep the stay-at-home restrictions on our community," Mills wrote.

The mayor left out of his letter the impact COVID-19 made on his own family.

"I lost my dad about two weeks ago," Mills said. "He was in one of the care centers [in Brighton] that had an outbreak.

Richard Allen Mills was 75 and died from complications of COVID-19.

"He was a gentle soul and a lot of people that used to see him, even at our local senior center, are going to miss him a lot," Mayor Mills said.

Despite his personal loss, Mills said he believes Brighton is ready to reopen ahead of May 8.

“In my community, I’ve heard an overwhelming number of people that feel that we can start at least turning up that switch and moving forward," he said.

"We appreciate your frustrations with the many public health orders that have been released, particularly the apparent contradictions raised by the Governor’s strategy of asking public health officials to take local context into consideration in determining whether specific locations should move more slowly than the broader Safer at Home framework," Douglas wrote in the email provided to 9NEWS. "This transition has created confusion for many. We are reviewing your letter and will get back to you regarding your concerns and request."