They risk their lives working for us. Save their lives by coming here. But when they get to Colorado, they have to pay out-of-state tuition if they want to enroll in college right away. 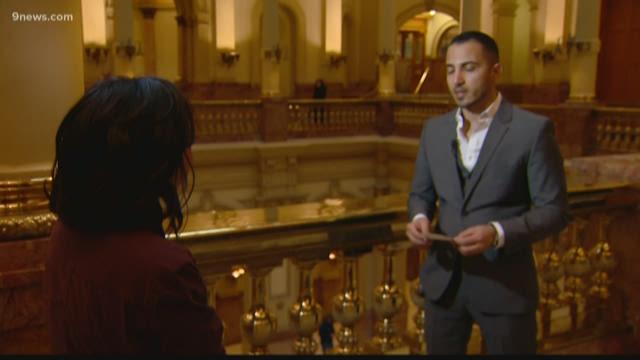 Native Iraqis, Afghans and other people who help interpret for the U.S. Military often end up fleeing their home country for their own safety.

If they end up in Colorado, they have to pay out-of-state tuition for their first year of college.

There is now a movement to get them in-state-tuition right away. It's lead by veterans, community members, allies and former combat interpreters.

Maytham Alshadood was a combat interpreter in Iraq. He settled in Colorado with a Special Immigrant Visa issued to people fleeing combat after serving in the U.S. Military.

"But then we come over and we’re told we’re out of state students," said Maytham, "and that’s a huge barrier."

He's now helping push the In-state Tuition Foreign Nationals Settled In Colorado bill. It would allow people like him, with Special Immigrant Visas and refugees in-state tuition right away rather then waiting 12 months.

It's a community bill and Senator Stephen Fenberg is sponsoring it. “In a lot of ways this is the least we can do to honor these people," he said. "To welcome them and to have the Colorado dream just like so many of us have had."

This bill won't benefit Maytham, he's already a registered nurse. But he still wants to help those coming behind him.

“I could’ve gotten into nursing two years earlier than I did and I could’ve stopped falling deeper in debt two years earlier," he said. "This will greatly impact the lives of these great people that serve the U.S. government with valuable skills that can transfer to our us economy.”

The bill passed first and second readings in the Senate, unanimously. The third vote in the Senate is on Friday and if it passes, it goes to the House.

Senator Fenberg says they should have the support they need to get it through the House.