Of all days, a soggy and windy Tuesday may not have been the best day to hit the trail at North Table Mountain in Golden. This past Saturday, conditions were far worse for one mountain biker, but it had nothing to do with the weather. 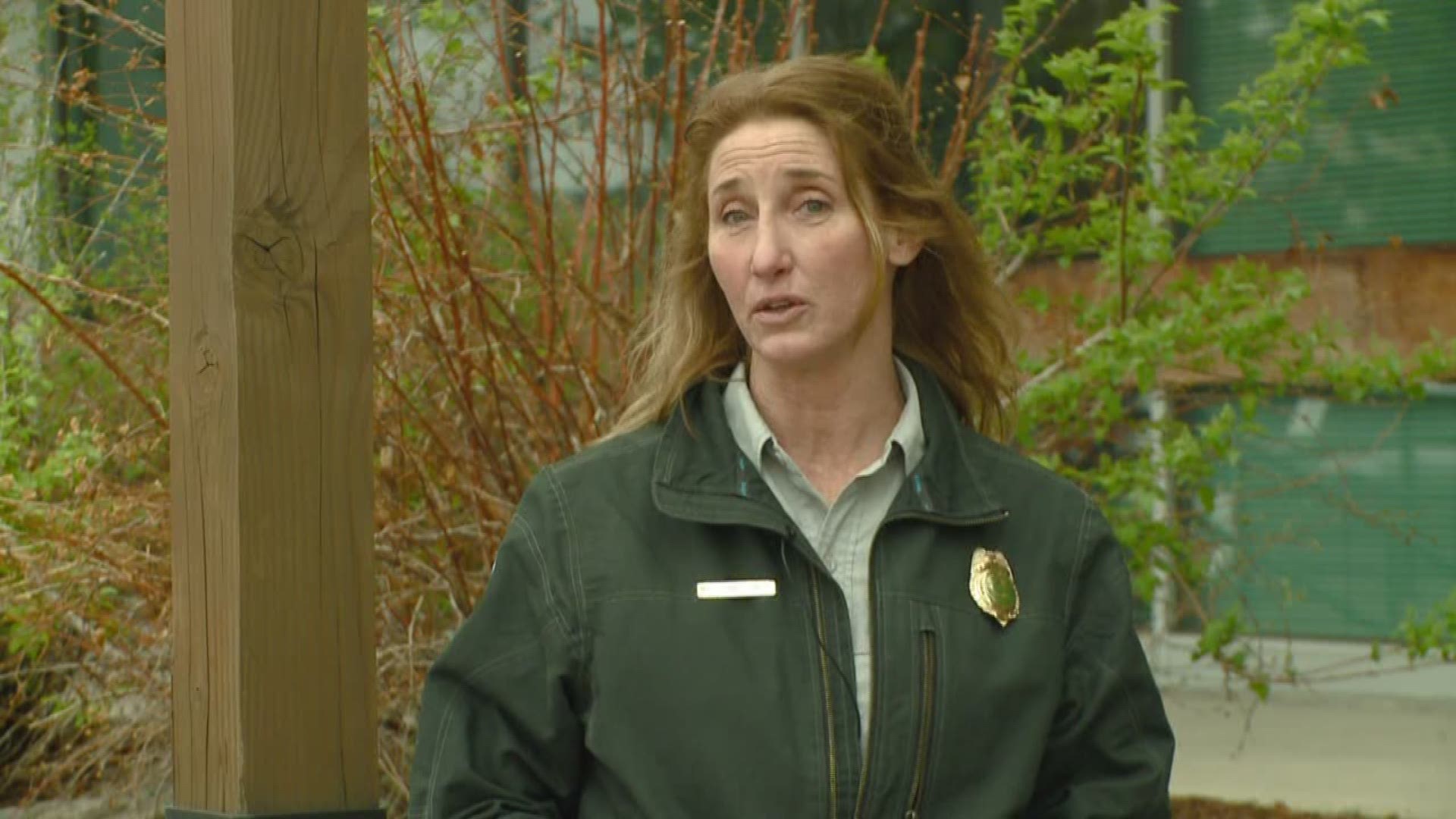 Of all days, a soggy and windy Tuesday may not have been the best day to hit the trail at North Table Mountain in Golden. This past Saturday, conditions were far worse for one mountain biker, but it had nothing to do with the weather.

“It could have been a lot worse and I’m actually very thankful that it wasn’t,” said Andrew, standing at the trailhead at North Table Mountain Park.

Andrew did not want to share his full name because of what happened to him over the weekend.

“I’ve lived and ridden in Arizona, Montana, New Jersey, Pennsylvania and I’ve never heard of a story like this,” he said.

Andrew said he was riding up a trail on the eastern side of North Table Mountain Saturday when he came upon a runner with earbuds in both ears.

“When I saw [the runner], I started to ring the bell on my bike that I have to give him a heads up that there was someone behind him,” Andrew explained.

Andrew said another mountain biker descending the trail in the opposite direction also stopped to try to get the runner’s attention.

“As I passed, I shook my head because wearing headphones that cover both ears or two earbuds when out hiking or riding or running on these crowded trails on a weekend just seems – it’s sort of not a good idea,” Andrew said.

Andrew did not expect a profanity-laden response from the runner.

“The runner took exception and said, ‘shake your head at me like that again and I’ll beat your a** mother ******,’” Andrew told us.

Andrew said he rode on, but later encountered the runner again on a different part of the trail. He said the runner immediately recognized him.

“Without me saying anything or doing anything to provoke [him], [he] grabbed me by throat, separated me from my bike and started shoving me down onto a boulder that was off the side of the trail,” Andrew said.

While he was pinned to the boulder, Andrew said the runner punched him in the jaw and on the side of the head. He said the runner stomped on his back and then picked up his bike and threw it off the trail down a steep embankment.

“The front and the rear wheel were both damaged. I’ll have to replace them,” he said. “My seat was broken.”

Andrew said he also lost the crash sensor he usually wears when he rides. Andrew shared pictures he took after the incident that showed red marks around his neck and covering part of his back. He said his injuries were not severe enough to warrant a trip to the hospital.

“At the end of the day, I went home to my wife and son,” Andrew said.

“Stuff like this is very rare. We do not experience trail conflict at this level,” said Mary Ann Bonnell, visitor services manager for Jeffco Open Space.

“One on a mountain bike and others on foot looking for the individual,” Bonnell explained.

Rangers and deputies from the Jefferson County Sheriff’s Office were unable to track down the runner Saturday. A spokeswoman for the sheriff’s office said investigators were considering the incident a potential assault and felony property crime.

Andrew said the runner was a man in his 30s or 40s wearing a blue and black shirt that read, “COR.”

“It seemed like he was already not in a good mood and really didn’t need much to provoke him to want to hurt someone,” Andrew said.

“The earbuds prevented that individual from knowing that this cyclist, who was doing everything right, ringing the bell, trying to politely announce himself, trying to pass, just couldn’t get this trail runner’s attention.”

When it comes to trail etiquette, Bonnell summed it up with two words.

“Be respectful,” she said. “If you can just keep that in mind, everything else should fall in place.”

Andrew passed on a message of his own.

“If you don’t like how someone treats you on the trail, talk to them first,” he said. “Don’t throw punches first.”