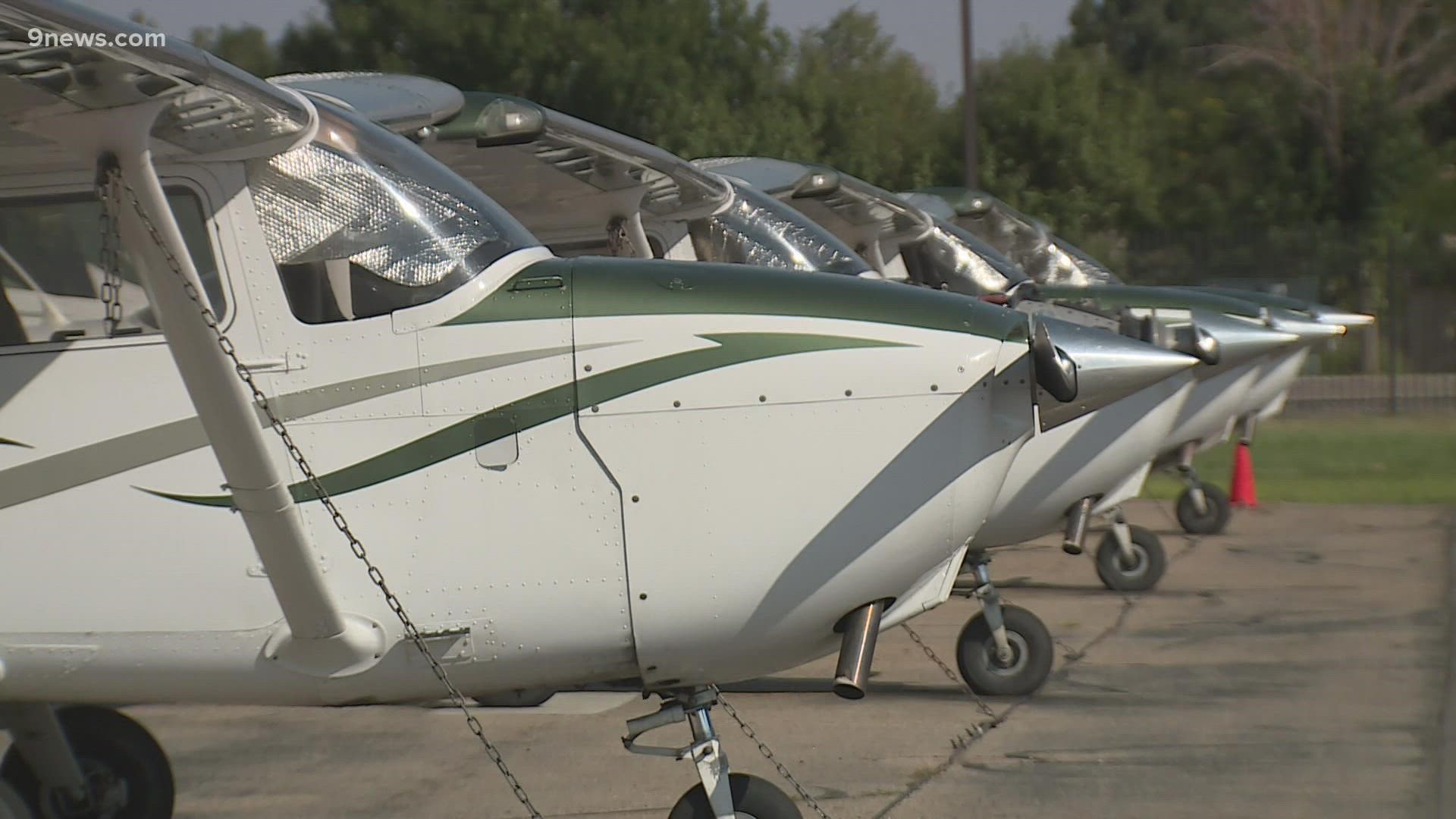 BROOMFIELD, Colo. — Labor shortages impacting all sorts of industries, including aviation, has been happening throughout the year.

Specific to airlines, some industry experts have said it's sometimes lack of staff that leads to many flights being delayed or canceled.

"Recently a lot of those delays have been because of crew shortages," said Levi Brown, the chief flight instructor at McAir Aviation (McAir), a flight school at the Rocky Mountain Metropolitan Airport in Broomfield.

Travel is bouncing back from COVID-19 that has stepped up the demand for more pilots.

But now, McAir along with Metropolitan State University of Denver (MSU Denver) are hoping to make a dent in that number, by helping students get trained for commercial airlines in less time.

Credit: Taylor Schuss
A flight instructor with McAir Aviation goes over a flight pre-check with an MSU Denver student around a plane at Rocky Mountain Metropolitan Airport.

Students at MSU Denver's aviation program earn a foundation of education in aviation, and typically earn their pilot's license and other flying certificates at other flight schools separate from their college studies, including McAir aviation.

But because of the partnership, MSU Denver students will have access to the McAir fleet during their aviation training, and be eligible to train for a restricted ATP certificate, once approved by the FAA. MSU Denver and McAir also partnered in the application.

An ATP certificate is an Airline Transport Pilot, which is what's needed to get started in aviation. A restricted ATP certificate would require just 1,000 flight hours, rather than 1,500.

According to the FAA, a restricted ATP certificate allows a pilot to serve as a co-pilot until that pilot obtains the necessary 1,500 hours.

“That’s significant, that could be half a year or more of them being here and not flying for United or something like that," Brown said.

The end result of the reduced hours, is to get students up in the air working for commercial airlines quicker.

McAir currently has a fleet of 21 Cessna 172s and two Piper Seminole aircrafts, which are typical types of aircraft to both fly recreationally and train on.

Brown explained that the fleet is updated with GARMIN avionics packages.

In other words, the technology inside of the planes are much more modern with screens rather than physical dial speedometers and non-digital flight instruments, which Brown said could help advance students in their training as well for when they get inside commercial aircraft.

MSU Denver student Emma Passig is going into her junior year and said she's excited for the program.

“Absolutely this is the first time I’ve felt like I had a plan. Like I knew what I was supposed to be doing,” Passig said. "This is really helpful in giving like a clear path."

Brown explained that the demand for more pilots was happening even before the pandemic, but COVID-19 left an impact on the industry.

"We were in the middle of a pilot shortage prior to COVID. COVID kind of put a damper on that. But in reality what COVID did was it kind of the made pilot shortage worse because during COVID, there was no hiring going on, there were a bunch of pilots being furloughed," he said.

But now that travel is coming back, there simply is a shortage of crews leading to delayed or canceled flights.

“This summer, I lost more than half of my flight instructors they’ve been here since the beginning of COVID just because the airlines started hiring again like that – so it’s real," he said.

According to Boeing's report, new personnel demand in total (pilots, technicians, cabin crew members, etc) for North America specifically is at 569,000 by 2039.

Overall, Brown hopes the partnership helps the next generation of pilots.

"The aviation industry is very good to be in right now," he said.