1968: Yearlong project captures the moments that transformed the nation 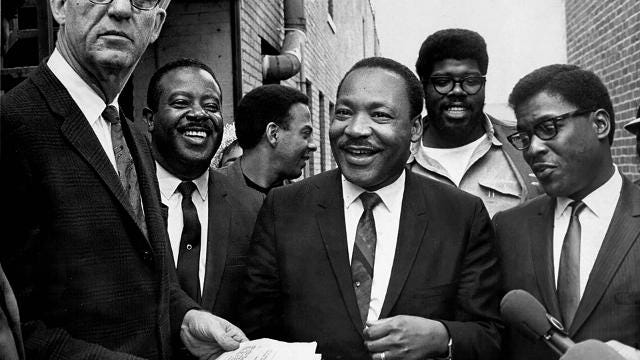 Credit: ANONYMOUS, AP
The Rev. Martin Luther King Jr. stands with other civil rights leaders on the balcony of the Lorraine Motel in Memphis, Tenn., on April 3, 1968, a day before he was assassinated at approximately the same place.From left are Hosea Williams, Jesse Jackson, King, and Ralph Abernathy. Jackson was on the balcony with King at the time of his death.

Late at night, early in the morning, an anxious population worries about where the country is headed. The United States is mired in an unwinnable war. Washington is in disarray, its international image tarnished by unpopular statements and decisions. Racist rhetoric throws gasoline on an already volatile atmosphere in which protests, riots and rebellion over inequities seem to happen every day. 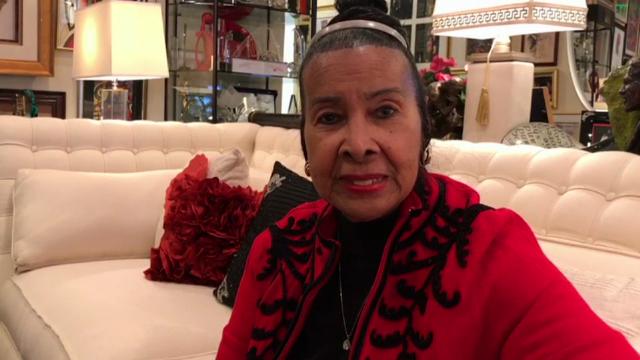 Was there any year in modern history as deeply disruptive? History ultimately will have the final word, but if you consider the 1960s as a particularly disruptive period of change in the timeline of the United States, the year 1968 rises from that decade as one of the most challenging. Within the moment in time that is 1968 are countless other moments, some earth-shattering and groundbreaking, others subtle and nuanced, that taken together define the year.

50 years after his death, King's America still a world of trouble

Who was at the White House, for example, that January day when Eartha Kitt gave Lady Bird Johnson her unvarnished opinion about the Vietnam War, a move that killed her career? Where are the members of the Prairie View A&M University gospel choir who serenaded Martin Luther King Jr. at the Lorraine Hotel in Memphis, days before he was assassinated? Who stood right next to Robert F. Kennedy when he was gunned down that June day in California? Who was first to greet the astronauts returning from the Apollo 8 mission in December?

Credit: Henri Huet, AP
A U.S. soldier of the 9th Infantry Division uses an M79 grenade launcher to guide helicopters into an operation on the northern edge of South Vietnam's Mekong Delta in mid-July 1968.

Our series will start with an essay by David Waters of the Commercial Appeal of Memphis. His prose on the seminal moments that make 1968 so significant will set the stage for 10 months of coverage ranging from arts and culture to politics and war, all told through the reporting of our journalists from coast to coast.

Here's what you can expect from the USA TODAY Network every month:

--Stories that explore major cultural themes of 1968 through the specific impact on communities across the U.S.

--Powerful photos and galleries taken straight out of the pages of history;

--An interactive timeline of the moments that made 1968 both agonizing and amazing.

In December, we’ll end our project with a challenge from our nation’s thought leaders: What must we do to change for the better over the next 50 years, in order to build a more perfect union by 2068?

Credit: Rusty Kennedy, ASP
A segment of the “poor peoples” march on Washington moves through a north Philadelphia street on May 14, 1968 enroute to a rally at Independence Hall which marked the march’'s progress to the capitol.

Travel with us through one of the most complicated and challenging times in U.S. history. Starting Jan. 22, visit our project at 1968.usatoday.com and reach out to project leaders Mark Russell (mark.russell@commercialappeal.com) and Nichelle Smith (nysmith@usatoday.com) with your thoughts on the year that transformed the nation..