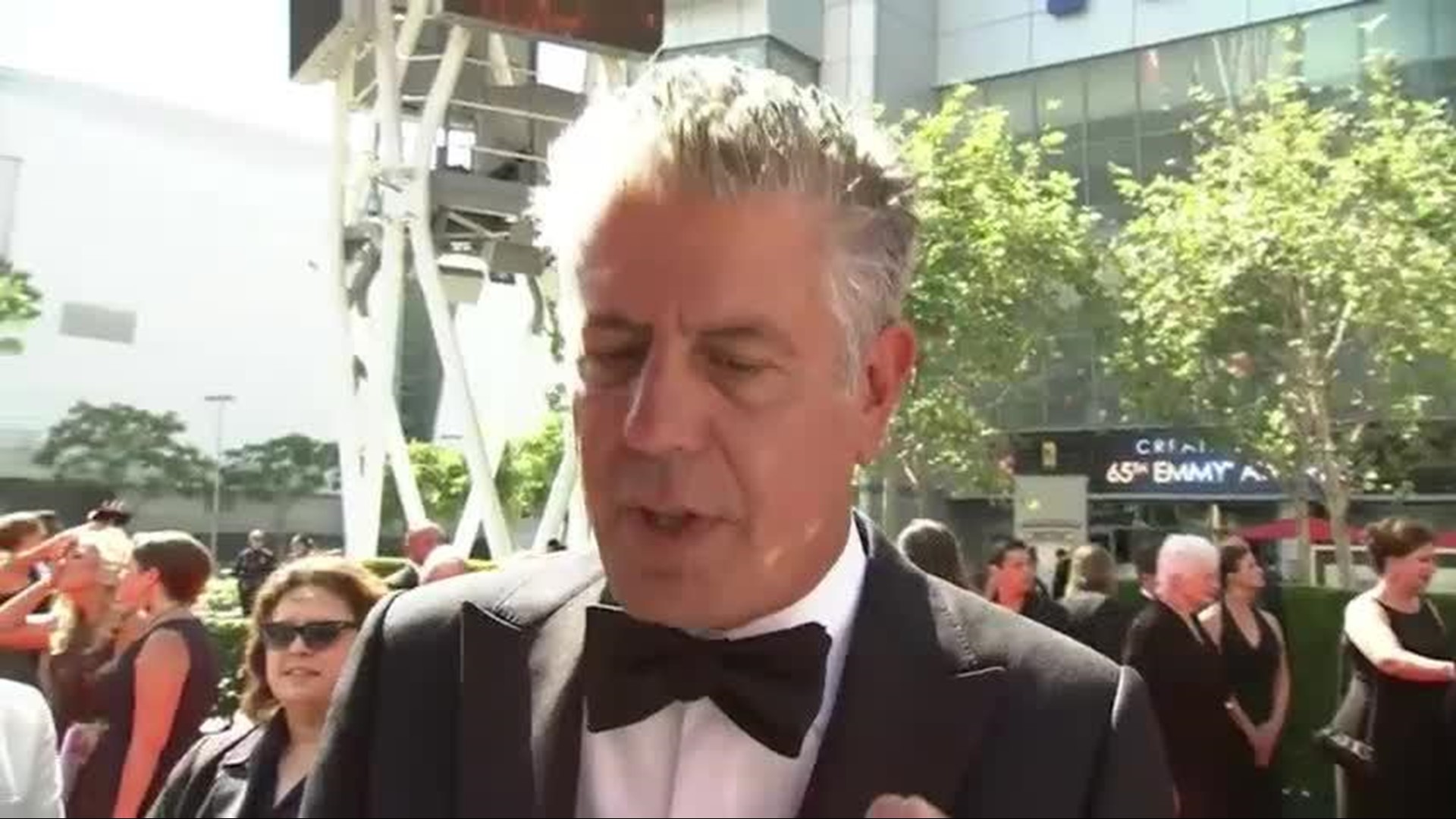 Credit: Jim Cooper, AP
Anthony Bourdain,the owner and chef of Les Halles restaurant, sits at one of its tables in New York, Dec. 19, 2001.

The deaths of chef-turned-TV host Anthony Bourdain and fashion designer Kate Spade this week has reminded Americans of the enormous toll of suicide, a growing problem that claims nearly 45,000 lives a year.

Suicide rates in the U.S. have risen nearly 30% since 1999, according to a report released Thursday from the Centers for Disease Control and Prevention. Suicides increased in both men and women, in all ethnic groups and in both urban and rural areas. Suicide and “self-harm,” a category that includes attempted suicides, cost the nation $70 billion a year in medical care and lost work time, the CDC says.

Nearly half of people who died by suicide had a known mental health condition, according to the CDC. Family members have given different accounts of Spade’s struggle. In media interviews, her sister, Reta Saffo, has said that she believes the designer suffered from bipolar disorder, also known as manic depression. The designer’s husband said in a statement that she “suffered from depression and anxiety for many years” and “was actively seeking help” before she died on Tuesday.

Regardless of the exact diagnosis, it seems that Spade was among the millions of Americans suffering from serious mental illness, said Dr. Jeffrey Lieberman, a professor of psychiatry at Columbia University, who has no personal knowledge of the case. The country needs to take suicide and mental illness more seriously, said Lieberman, noting that both depression and bipolar disorder can be treated successfully, and that suicide is often preventable.

“Suicide is not an acceptable outcome for depression,” Lieberman said.

Although more Americans die from suicides than car accidents or opioids, the stigma of mental illness prevents suicide from getting much attention, apart from fleeting news coverage when celebrities, such as comedian Robin Williams, take their own lives, Lieberman said.

People suffering from serious mental illness are at high risk of suicide, said Dr. Jennifer Payne, director of the Women's Mood Disorders Center at Johns Hopkins Hospital. About 10% of people with major depression die of suicide. About 15% of people with bipolar disorder die from suicide.

Mental illness generally first appears when people are in their teens or 20s. Sometimes, however, friends and families of people with a milder form of bipolar disorder — one that does not induce psychotic behavior — can mistake their condition for depression, Payne said. People who experience milder manic episodes— called hypomania — can seem energetic and productive, rather than deranged.

1 / 15
Bebeto Matthews/AP
On June 5, 2018, law-enforcement officials said fashion designer Kate Spade, 55, was found dead in her apartment in an apparent suicide. Click forward to revisit her career, like this 2004 photo of her posing with her handbags and shoes from that season's collection.

Although drugs such as lithium can effectively treat bipolar disorders, some people with the condition are reluctant to use the medication because they feel it dulls their creativity, Payne said.

Abraham Lincoln spoke of his depression, and some now believe that British Prime Minister Winston Churchill suffered from bipolar disorder, said Dr. Ken Duckworth, medical director of the National Alliance on Mental Illness. Psychologist Kay Redfield Jamison, a professor at Johns Hopkins who has bipolar disorder, has written of the link between bipolar disorder and creativity in her book Touched With Fire: Manic-Depressive Illness and the Artistic Temperament.

Payne said she doesn’t hide her daughter’s bipolar diagnosis. Her daughter has been hospitalized at the hospital where she works. But her daughter is also a successful college student, who earns straight A’s and wins awards for her poetry.

Beyond medication, people with bipolar disorder can benefit from psychotherapy, which can help them recognize triggers and early warning signs that they may be entering a manic episode, Duckworth said.

He advises patients to keep regular schedules, including waking up, exercising and going to sleep at the same time every day. He counsels patients in college not to pull all-nighters or stay up late at parties. Getting enough sleep can be vital.

Duckworth notes that his father suffered from bipolar disorder and was hospitalized 25 times. Although he gambled heavily during his manic episodes, his father maintained a steady job and a 52-year marriage, Duckworth said.

At his funeral, he was so well-loved,” Duckworth said. “It was impossible to tell he had bipolar disorder.”

Kaiser Health News is a non-profit news service covering health issues. It is an editorially independent program of the Kaiser Family Foundation that is not affiliated with Kaiser Permanente.