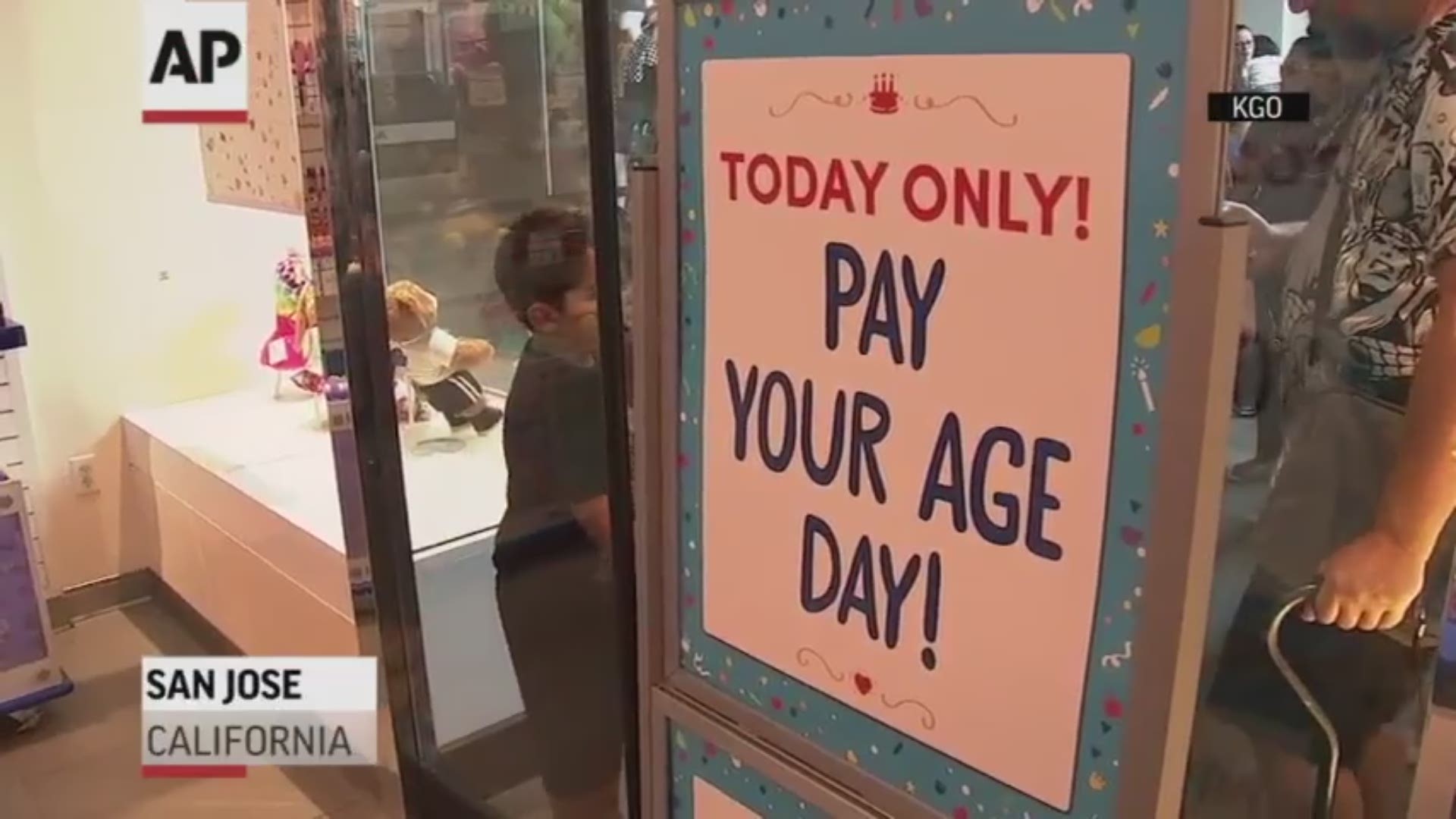 After Thursday's "Pay Your Age" sale event, which promised teddy bears for the cost of your child's age in dollars, ended abruptly - in some states, before the stores even opened - parents took to social media to vent their frustrations.

Lines of peoplestretched into the hundreds outside of Build-a-Bear Workshop locations across the country. Build-a-Bear had to shut the sale down just hours into the day due to "safety concerns."

**Urgent Alert:
Per local authorities, we cannot accept additional Guests at our locations due to crowd safety concerns. We have closed lines in our stores. We understand some Guests are disappointed and we will reach out directly as soon as possible. https://t.co/aSFfPCcfsG pic.twitter.com/WZJ53tOAEH

[Related: Build-a-Bear shuts down single-day 'Pay Your Age' sale: It was so successful, it failed]

"First, I want to say that we are in the business of making sure kids have the best experience possible. Our entire mission is about adding a little more heart to life. And our objective was to actually just make sure we could increase the accessibility for kids to make their own furry friend and take it home."

John said the sale was to jumpstart a promotion for its birthday treat bear:

"It was based on the creation of a pay-your-age, count-your-candles birthday program because up to one-third of our sales are actually associated with kids' birthdays. It's their most special day. And the birthday program for our birthday treat bear, that's an ongoing, all-year-long (promotion where you) come in during your birthday month and pay your age.

And this particular day was just the day to kick it off and to introduce it to people. So we had actually put the information out there."

Credit: Moriah Ratner/Naples Daily News
Build-A-Bear Workshop offered customers a chance to buy any bear for the price of their child's age on Thursday, July 12, 2018. Customers wait in line, some for even over seven hours, at Coconut Point in Estero, Florida.

The CEO said there was no way to forecast the size of the event:

"We've done a lot of big promotions in the past ... so we're used to crowds and managing that. But this really started winding up 24 to 48 hours prior to it.

There was no way for us to estimate the kind of impact, those kinds of crowds. It far surpassed anything we ever could have known. We did see it wind up in social (media) and we put a notice out for people that we thought the lines could be long, and we worked with the malls, but it was beyond anything we could have imagined."

CEO to parents and kids who waited:

1 / 8
Patrick Oehler/Poughkeepsie Journal
Joe Costa of Red Hook holds his son, Joey and is joined by daughter, Zoey at the Build-A-Bear Workshop for the "Pay Your Age" sale in the Poughkeepsie Galleria on July 12, 2018, in Poughkeepsie, N.Y.. The trio started waiting on line at 10 a.m. and were still waiting as of 4 p.m..

"It's heartbreaking. I'm a mom of three. I know that the most disappointing moment is when a kid is super excited and then something doesn't happen," John said. "There was no ill intent. Our objective at Build-a-Bear is to make kids happy."

Build-a-Bear has a great relationship with its customers and values them very much, she said, adding that the company is still honoring the pay-your-age sale through the summer.

"It's very important for us to make sure that people understand "pay your age" continues for the birthday treat bear, that we provided the $15 voucher. We really want people to go in and get their $15 voucher. That's good all summer. Come in ... until August 31."

John said it was even more disappointing for those who traveled far distances to shop at Build-a-Bear .

"We were not able to provide the service we wanted ... and we are doing our very best ... to make sure we can do what we can to make it right."