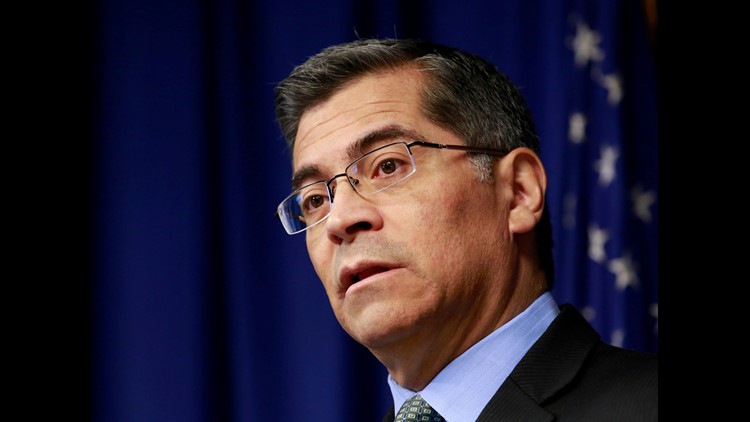 Add Oklahoma to the list of states to which California is banning state-funded and state-sponsored travel.

California Attorney General Xavier Becerra announced Friday that as a result of "discriminatory legislation" that became Oklahoma law last month, the western state will prohibit travel to its midwestern counterpart.

A 2017 California law requires that its attorney general keeps a list of states subject to a state travel ban because of "laws that authorize or require discrimination on the basis of sexual orientation, gender identity or gender expression," Becerra's office said in a statement.

"California taxpayers are taking a stand against bigotry and in support of those who would be harmed by this prejudiced policy." he said.

Oklahoma becomes the ninth state subject to the state-funded ban. Travel to Alabama, Kansas, Kentucky, Mississippi, North Carolina, South Dakota, Tennessee and Texas had previously been prohibited due to the 2017 law.

#Oklahoma will be added to the list of restricted states for state-funded travel based on the discriminatory law that would allow private adoption agencies to refuse services to #LGBTQ parents & foster children based on religious/moral grounds. #PrideMonthhttps://t.co/FIL1YfsLxn

In May, Oklahoma Gov. Mary Fallin signed a bill that allows private adoption agencies to deny same-sex couples from their adoption services on the basis of "religious or moral convictions or policies." The bill sparked backlash from LGBTQ advocates.

Fallin, a Republican, defended the bill in a statement after signing it, saying "the state will not be in any way restricting current practice allowing LGBTQ individuals and couples fostering or adopting. It does not ban same-sex adoption or foster care in Oklahoma."

Michael McNutt, a spokesperson for Fallin, also defended the bill after California announced its ban.

"There appears to be more and more Californians sharing our values as we are seeing more Californians move to Oklahoma," he said in a statement to USA TODAY. "With our state’s economy being as strong as it is, we won’t miss a few Californians traveling on state business showing up in our state."

LGBTQ advocates in California applauded the ban, which goes into effect June 22.

"Every child deserves a loving, supportive family, and it’s neither pro-child, nor pro-family, for Oklahoma to deny them one," Equality California Executive Director Rick Zbur said in a statement.