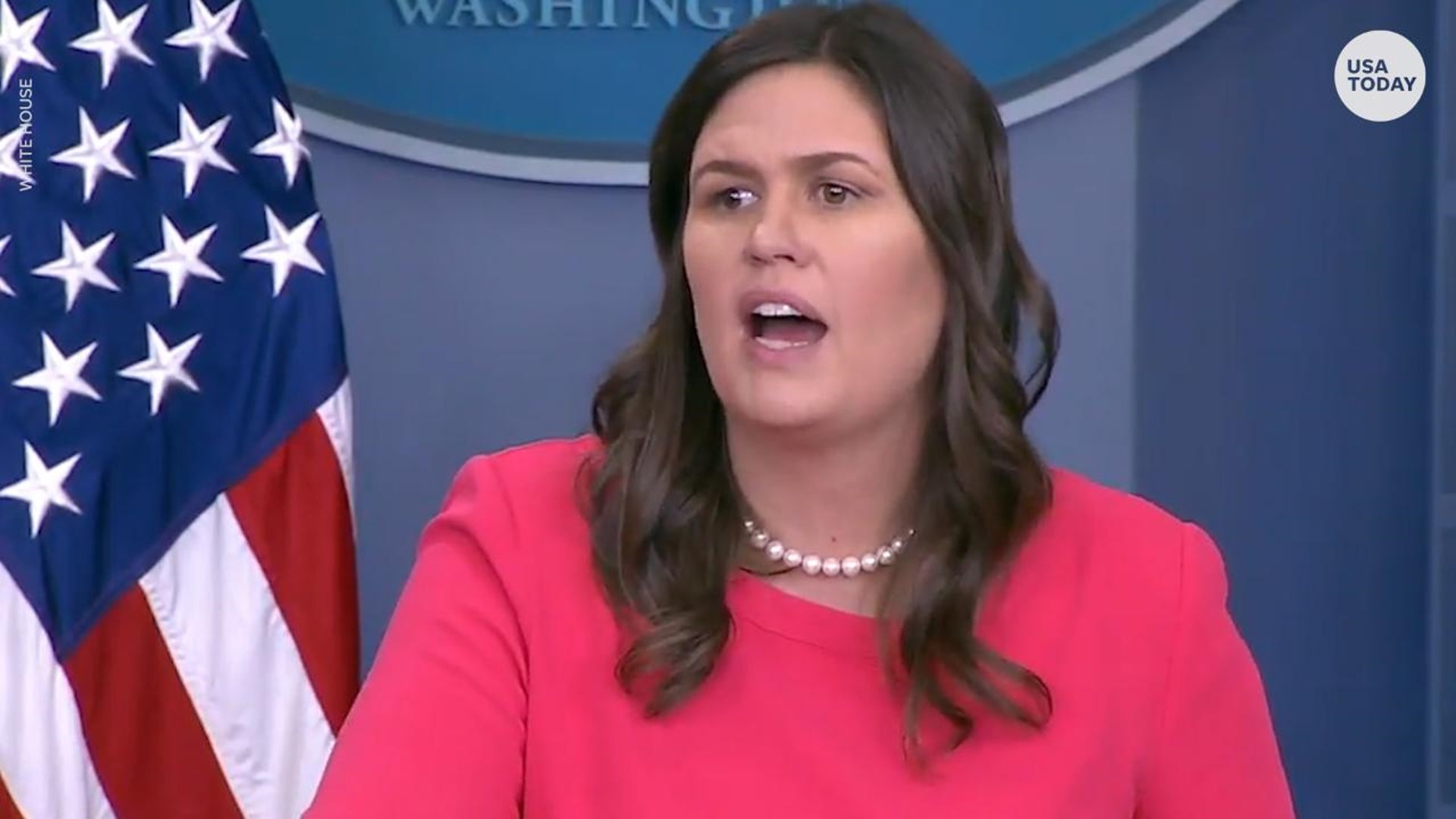 "I think you all know I'm an honest person who works extremely hard to provide you with accurate information at all times," Sanders said when pressed on the accuracy of her statement in August that President Trump did not dictate a statement purportedly from Trump Jr. about his June 2016 meeting.

A memo from Trump's legal team to special counsel Robert Mueller that was published by The New York Times Saturday revealed that the president did, in fact, dictate the statement, which falsely claimed Trump Jr. believed the purpose of the meeting was to discuss adoption issues.

In August, Sanders told reporters that the president "weighed in as any father would" on the statement but said "he certainly didn't dictate."

The meeting has been a focus of Mueller's investigation into alleged Russian interference in the 2016 election.

Sanders became defensive when asked why reporters should continue to believe what she and the president say when their statements regularly turn out to be inaccurate.

"I think you all know I'm an honest person, who works extremely hard to provide you with accurate information," Press Sec. Sanders says when pressed on conflicting comments between her and Pres. Trump's lawyers over whether the president dictated Trump Tower statement. pic.twitter.com/5yQbxWnToh

"Frankly, I think my credibility is probably higher than the media’s," Sanders said. "And I think in large part that’s because you guys spend more of your time focused on attacking the president instead of reporting the news. I think that if you spent a little bit more time reporting the news instead of trying to tear me down, you might actually see that we’re working hard trying to provide you good information and trying to provide that same good information to the American people."

Sanders is not the first Trump White House press secretary whose credibility has been questioned by the White House press corps. Sean Spicer famously made the demonstrably false claim that Trump's inauguration crowd was the largest in history, an assertion which led to White House adviser Kellyanne Conway's defense of "alternative facts."