The U.S. Marine Corps veteran only expected to get about 100 cards, one for each of his birthdays. 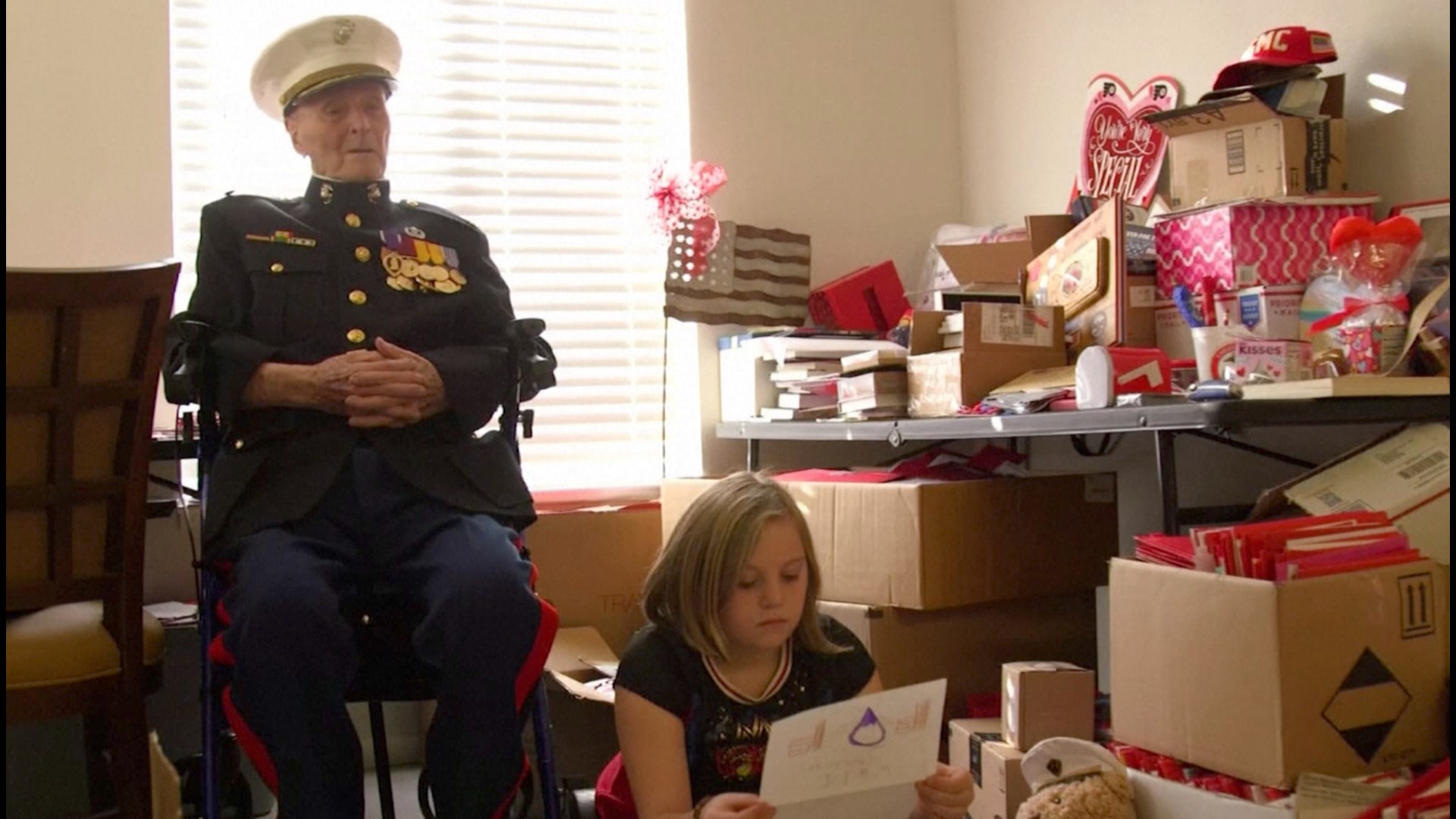 STOCKTON, Calif. — A 104-year-old U.S. Marine Corps veteran, who served in World War II, is celebrating Valentine's Day with a lot of love after receiving over 70,000 cards and well-wishes.

A social media campaign, Operation Valentine, launched by a fellow retirement home resident asked for cards to be sent to Maj. Bill White in Stockton, California.

Reuters reported that the goal was a modest 100 cards, about one card for each of White's birthdays. So much mail was delivered that White's family needed to enlist volunteers to help open the cards and read them to the man who served for 35 years in active duty.

Cards were sent from all over the world! He received cards from people in every single state and a few foreign countries.

RELATED: 65% of Sweethearts candies will be blank this Valentine's Day

CNN said Maj. White earned a Purple Heart for surviving the Battle of Iwo Jima in 1945. The battle between the U.S. Marines and the Imperial Army of Japan lasted five weeks, killing nearly 7,000 US Marines and more than 20,000 Japanese fighters.

White had to be taken off the battlefield when he was injured during the fight, Reuters said.

The Operation Valentine Facebook post had over 1,300 shares and plenty of comments thanking the veteran for his service to the country.

RELATED: Valentine's Day: What are people searching on Google?

RELATED: Valentine's Day food deals for couples, singles and all the rest