Anthony Bourdain’s ex-wife has broken her public silence on her former husband's death.

Ottavia Busia-Bourdain, who Bourdain was married to from 2007-2016, spoke out about the loss on Instagram early Monday morning. She shared a photo of their 11-year-old daughter, Ariane, behind a microphone onstage, clad in studded, knee-high boots. The photo was tagged at the music venue DROM, located in New York City.

Our little girl had her concert today. She was amazing. So strong and brave. She wore the boots you bought her. I hope you are having a good trip, wherever you are.

“Our little girl had her concert today,” she captioned the image, not mentioning Bourdain by name. “She was amazing. So strong and brave.

“She wore the boots you bought her,” she added. “I hope you are having a good trip, wherever you are.” 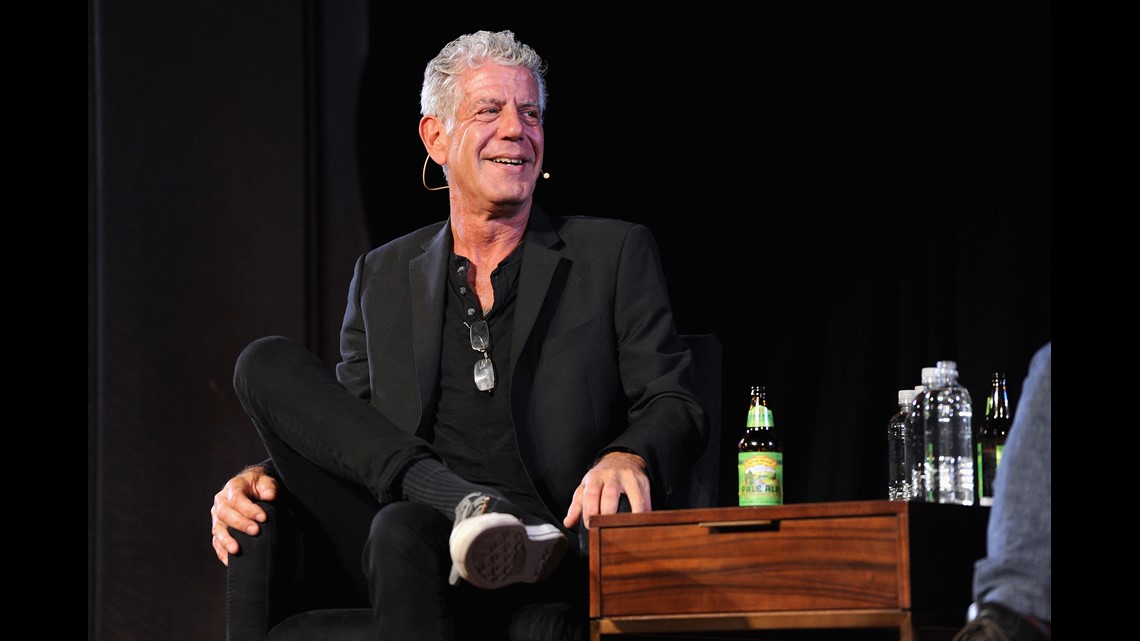 Bourdain, a famed cook, writer and host of the CNN series "Parts Unknown," was found dead in a hotel room in France on Friday. CNN reported his death was a suicide. Prosecutors said there appeared to be no signs of foul play.

Bourdain's mom, Gladys Bourdain, has also spoken out about her son's death. In a phone interview with Today shared on Monday's broadcast, the former editor for The New York Times said there was "Not a one (sign), ever" that something was off.

►RELATED: Why Anthony Bourdain was a #MeToo champion

Gladys, who said the last contact she received from her son came via a Mother's Day email, told the Times that according to Ripert “Tony had been in a dark mood these past couple of days.” Still, she couldn't fathom why he would end his life. “He had everything,” she told the Times. “Success beyond his wildest dreams. Money beyond his wildest dreams.”

►RELATED: Quotes from Anthony Bourdain on life and travel

Christian de Rocquigny, the prosecutor of Colmar in France's eastern Alsace region, said toxicology tests were being carried out on Bourdain's body, including urine tests, to see if the 61-year-old American took any medications or other drugs, in an effort to help his family understand if anything led him to kill himself.

If you know someone who is thinking about suicide call the National Suicide Prevention Lifeline at 1-800-273-TALK (8255).