White House press secretary Jen Psaki, when asked Friday about Biden's plans on the death penalty, said she had nothing to preview on the issue. 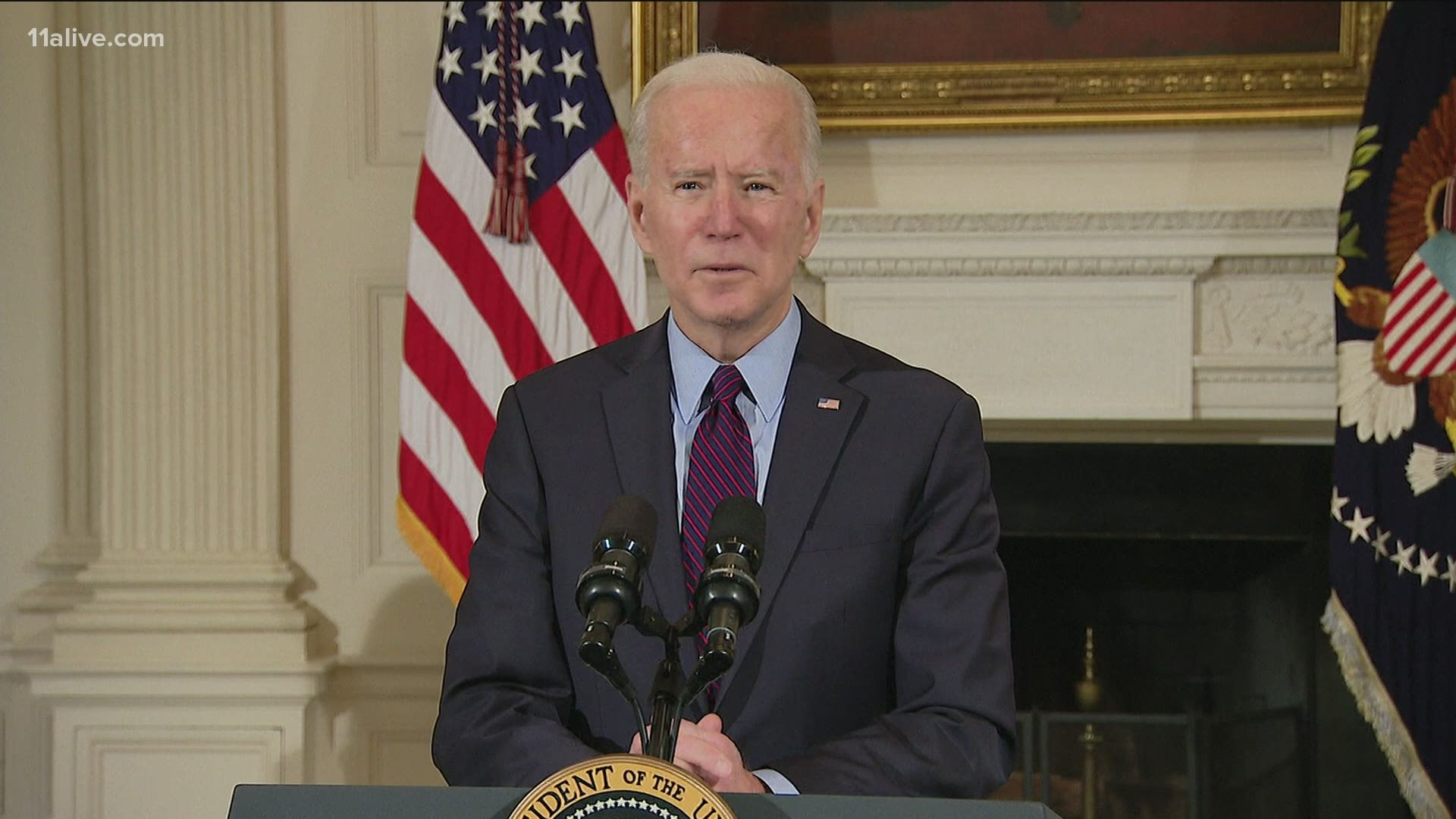 Joe Biden, the first sitting U.S. president to openly oppose the death penalty, has reportedly discussed the possibility of instructing the Department of Justice to stop scheduling new executions.

If the president does, that would end an extraordinary run of executions by the federal government, all during a pandemic that raged inside prison walls and infected journalists, federal employees and even those put to death.

The officials had knowledge of the private discussions with Biden but were not authorized to speak publicly about them.

White House press secretary Jen Psaki, when asked Friday about Biden's plans on the death penalty, said she had nothing to preview on the issue.

Action to stop scheduling new executions could take immediate pressure off Biden from opponents of the death penalty. But they want him to go much further, from bulldozing the federal death chamber in Terre Haute, Indiana, to striking the death penalty from U.S. statutes entirely.

A look at the steps Biden could take and the challenges he would face:

Q: WHY THE PUSH FOR ACTION NOW?

A: While the coronavirus pandemic and election coverage dominated the news last year, many Americans who paid close attention to the resumption of federal executions under President Donald Trump were dismayed by their scale and the apparent haste to carry them out.

The executions, beginning July 14  and ending four days before Biden's inauguration on Jan. 20, were the first federal executions in 17 years. More were held in the last six months under Trump than in the previous 56 years combined.

Executions went ahead for inmates whose lawyers claimed were too mentally ill or intellectually disabled to fully grasp why they were being put to death.

Lawyers for Lisa Montgomery, convicted of killing a pregnant Missouri woman and cutting out her baby, said her mental illness was partly triggered by years of horrific sexual abuse as a child. On Jan. 13, she became the first woman executed federally in nearly 70 years.

Q: WOULD A DECISION TO STOP SCHEDULING EXECUTIONS END THE PRACTICE?

A: Biden can guarantee no federal executions during his presidency by simply telling the Justice Department never to schedule any. But that would not prevent a future president who supports capital punishment from restarting them.

Barack Obama, for whom Biden served as vice president,  did place an informal moratorium on carrying federal executions out when he was president, ordering a review of execution methods in 2014 after a botched state execution in Oklahoma.

But Obama never took any steps toward ending federal executions for good. That left the door open for Trump to resume them. Death penalty critics want Biden to slam shut that door.

Q: WHAT ARE BIDEN'S RANGE OF OPTIONS?

A: The surest way to prevent a future president from again restarting executions is to sign a bill abolishing the federal death penalty. That would require Congress to pass such a bill.

But Biden would have to persuade Republicans. In the 22 states that have struck the death penalty from their statutes, none succeeded in passing the required laws without bipartisan support.

Commutations in themselves would not stop prosecutors from seeking death sentences in new cases. That would require an instruction to Biden's Justice Department to never to authorize prosecutors to seek them.

Death Penalty Action has called on Biden to order the razing of the Terre Haute death-chamber building. Demolishing the bleak, windowless facility, argued Abe Bonowitz, director of the Ohio-based group, would symbolize Biden's commitment to stopping federal executions for good.

A: The breakneck pace and the government's relentless push in the courts to get them done did galvanize opponents — and also attracted new adherents to their cause, said Robert Dunham, director of the Death Penalty Information Center.

"Trump demonstrated more graphically than at any other time what the abuse of capital punishment would look like," he said. "It has created a political opportunity, which is why death penalty opponents want the president to strike while the iron is hot."

Death Penalty Action, which organized protests outside the U.S. penitentiary in Terre Haute during the executions, saw numbers of those donating, signing petitions or requesting information soar from 20,000 to 600,000 over the past six months.

Q: WILL BIDEN GET PUSHBACK IF HE SEEKS TO END THE FEDERAL DEATH PENALTY?

A: Yes, and not just from death penalty proponents in the Republican Party. It could also come from some members of his own party who will see bids to abolish capital punishment as a losing issue politically.

Clearing death row would also mean sparing the lives of killers such as Dylann Roof, the white supremacist who in 2015 shot dead nine Black members of a South Carolina church during a Bible study. Biden would be placed in the uncomfortable position of having to explain to victims' families why Roof and others killers should not die.

While support for the death penalty overall has plummeted to just over 50% in recent years, many Americans may not want to preclude the possibility of a death sentence in terrorism cases such as the Boston Marathon bombing. Dzhokhar Tsarnaev was convicted in that attack, which killed three people and injured hundreds.

The Supreme Court is currently considering an appeal from the Trump administration that sought to reverse a ruling by a lower court tossing Tsarnaev's death sentence. The Biden administration may have to decide soon whether to continue that appeal or tell the high court the government now accepts the lower court's decision.

Q: ARE THERE CLUES ABOUT WHAT BIDEN MIGHT DO?

On a campaign webpage on criminal justice reform, Biden did pledge "to pass legislation to eliminate the death penalty at the federal level, and incentivize states to follow the federal government's example." He offered no specifics.

Biden may also feel an obligation to do something big on the death penalty, given his past support for it. He played a central role as a senator in the passage of a 1994 crime bill that greatly expanded the number of federal crimes for which someone can be put to death. Several inmates executed under Trump were convicted and sentenced under provisions in that bill.