What's next now that Bill Cosby has been released from prison?

Wednesday's ruling was a stunning reversal of fortune for the comedian once known as “America's Dad.” 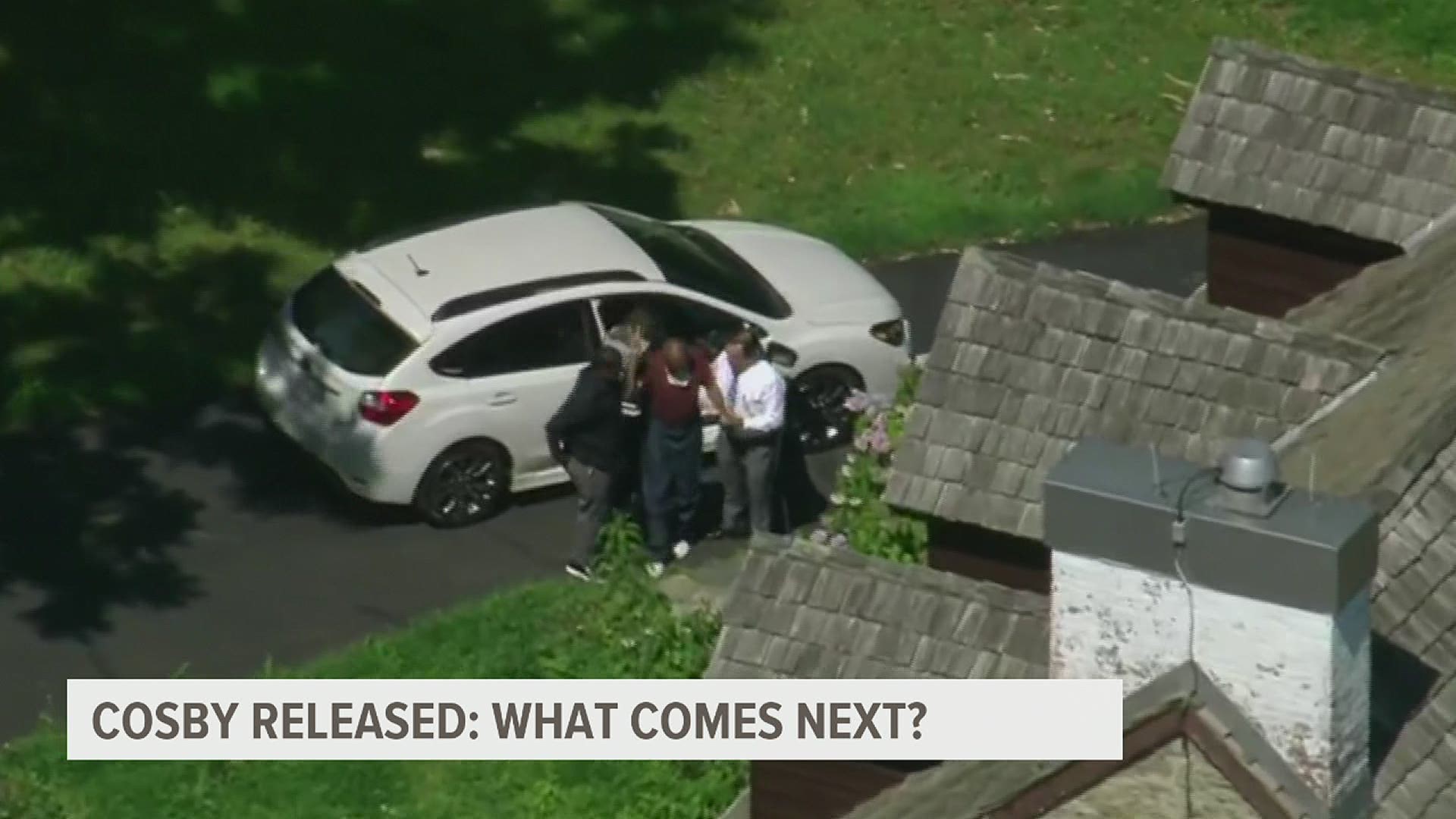 WASHINGTON — Bill Cosby was released from prison Wednesday after the Pennsylvania Supreme Court overturned the 83-year-old actor's sexual assault conviction. So now what are the chances that Cosby could face a new trial?

Cosby had been found guilty of drugging and violating Temple University sports administrator Andrea Constand at his suburban Philadelphia home in 2004.

Cosby appealed to the Pennsylvania Supreme Court in Dec. 2020. One of two aspects of the case the court looked at was an agreement that Cosby apparently had with a former prosecutor, saying that Cosby would not be charged if he provided testimony in a related civil case.

According to the court, District Attorney Kevin Steele, who made the decision to arrest Cosby, was obligated to stand by his predecessor’s promise not to charge Cosby. There was no evidence that promise was ever put in writing.

Justice David Wecht, writing for a split court, said Cosby had relied on the former district attorney's decision not to charge him when the comedian gave his potentially incriminating testimony in Andrea Constand’s civil case.

According to the court's majority opinion, Cosby cannot be retried for the assault.

While Cosby is now free, Wednesday's ruling could technically be appealed to the U.S. Supreme Court. However, prosecutors have yet to say whether or not they plan to do so.

Judy Ritter, a criminal law professor at Widener University told FOX 43 that trying to appeal this ruling to the nation's highest court would be "iffy" and "legally speaking, it's almost certainly over."

Credit: AP
Bill Cosby reacts outside his home in Elkins Park, Pa., Wednesday, June 30, 2021, after being released from prison.

“The majority decision by the Pennsylvania Supreme Court orders the release of William H. Cosby Jr. from state prison. He was found guilty by a jury and now goes free on a procedural issue that is irrelevant to the facts of the crime. I want to commend Cosby’s victim Andrea Constand for her bravery in coming forward and remaining steadfast throughout this long ordeal, as well as all of the other women who have shared similar experiences. My hope is that this decision will not dampen the reporting of sexual assaults by victims. Prosecutors in my office will continue to follow the evidence wherever and to whomever it leads. We still believe that no one is above the law—including those who are rich, famous and powerful.”

This agreement Castor made with Cosby was only in reference to the charges relating to Constand's assault in 2004.

"In our view, specific performance of D.A. Castor’s decision, in the form of barring Cosby’s prosecution for the incident involving Constand, is the only remedy that comports with society’s reasonable expectations of its elected prosecutors and our criminal justice system," Justice Wecht wrote in the court's ruling.

It was that agreement with then-District Attorney Castor, the court argues, that led to Cosby delivering self-incriminating testimony.

With that in mind, the court said that, "our principles of justice, nor society’s expectations, nor our sense of fair play and decency, can tolerate anything short of compelling the Montgomery County District Attorney’s Office to stand by the decision of its former elected head."

The Associated Press contributed to this reporting.