The two companies said Tuesday that the submission, which occurred Monday, completes the rolling review process they initiated with the agency on Oct. 6. 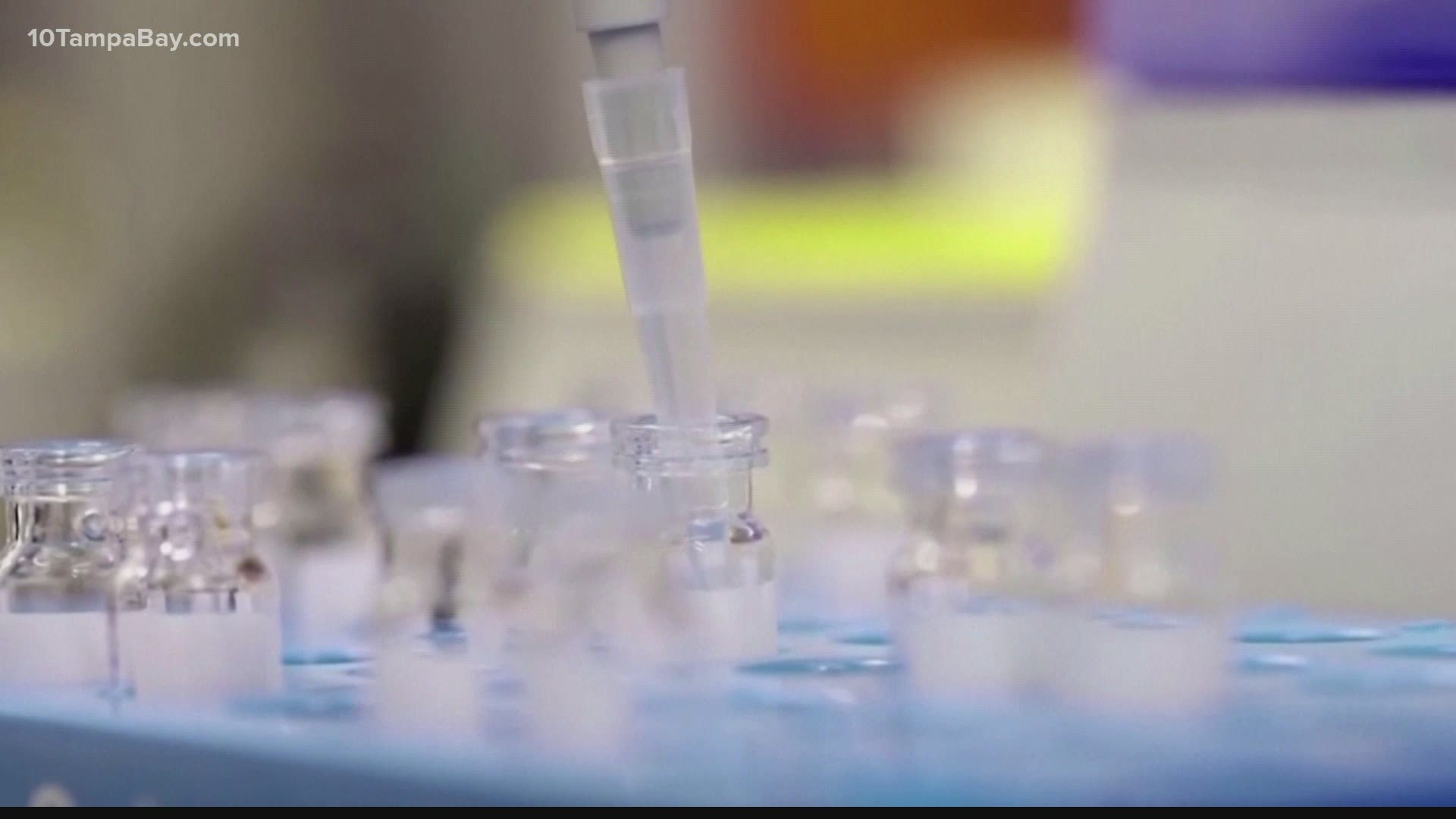 The German pharmaceutical company BioNTech and its U.S. partner Pfizer say they have submitted an application for speeded-up, conditional approval of their coronavirus vaccine with the European Medicines Agency.

The two companies said Tuesday that the submission, which occurred Monday, completes the rolling review process they initiated with the agency on Oct. 6.

The move comes a day after rival Moderna said it was asking U.S. and European regulators to allow the use of its COVID-19 vaccine.

BioNTech said if the vaccine, currently named BNT162b2, is approved, its use in Europe could begin before the end of 2020.

The companies said last month that clinical trials with 44,000 participants showed the vaccine had an efficacy rate of 95%. The success rate in particularly vulnerable older age groups was more than 94%, they said.

BioNTech and Pfizer have already submitted a request for emergency approval with the U.S. Food and Drug Administration and the U.K. regulator MHRA, as well as rolling submissions in other countries including in Australia, Canada and Japan.

"We have known since the beginning of this journey that patients are waiting, and we stand ready to ship COVID-19 vaccine doses as soon as potential authorizations will allow us," Pfizer's chief executive Albert Bourla said in a statement.

Germany's science minister said Tuesday that the same safety standards are being applied in the approval process for coronavirus vaccines as for other drugs and that this would be key to gaining the widest possible public acceptance for COVID immunization.

Anja Karliczek told reporters in Berlin that the EMA will be holding a public hearing on Dec. 11 on the approval request by BioNTech and Pfizer.

BioNTech said it stands ready to ship stockpiles of vaccines where they are needed when the Amsterdam-based agency or the FDA approve the vaccine.

"Depending on how the authorities decide we can start delivering within a few hours," said BioNTech's chief operating officer, Sierk Poetting.

The European Union's top official said around 2 billion doses of potential COVID-19 vaccines have been secured for its 27 nations, with the first deliveries likely to start before the end of the year.

EU Commission President Ursula von der Leyen said EU nations have started working on their vaccination plans and on the logistics for delivering tens of millions of doses across the bloc, a major challenge for the EU.

"If everything goes well, the first European citizens might already be vaccinated before the end of December," Von der Leyen said. "And it will be a huge step forward toward our normal life. In other words, I just wanted to say there is a light at the end of the tunnel."

Von der Leyen however urged EU citizens to remain "disciplined till we have reached finally a vaccination that is appropriate to eradicate this virus."

Karliczek, the German science minister, stressed that the vaccine will be voluntary and that authorities will work hard to inform the public about possible side effects that a small percentage of recipients might experience after immunization, such as headaches, exhaustion and fever.

Marylyn Addo, a doctor at Hamburg's UKE hospital who is involved in the trials for a rival vaccine, said the rapid development of a vaccine was the result of enormous efforts by scientists, early funding and experience from previous vaccines.

RELATED: Is shopping in stores safe during the pandemic?

RELATED: CDC panel meets to decide who is first priority for COVID-19 vaccine