Richard Branson announces trip to space, ahead of Jeff Bezos

Branson will be among the six-person crew when Virgin Galactic takes off July 11, nine days before Jeff Bezos. 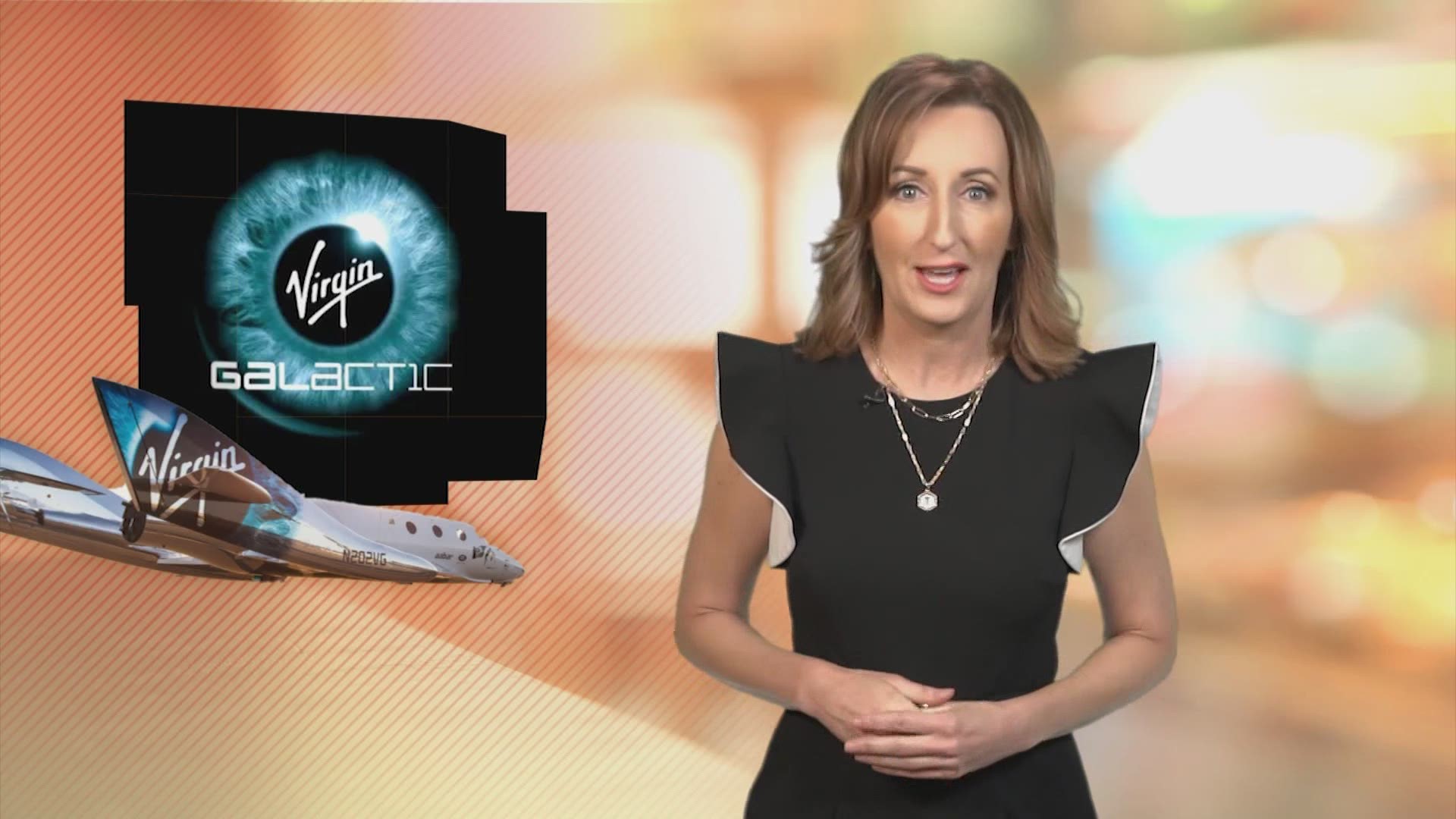 Branson’s company announced Thursday evening that its next test flight will be July 11 and that its founder will be among the six people on board. The winged rocket ship will soar from New Mexico — the first carrying a full crew of company employees. It will be only the fourth trip to space for Virgin Galactic.

The news came just hours after Bezos' Blue Origin said Bezos would be accompanied into space on July 20 by a female aerospace pioneer who's waited 60 years to rocket away.

Bezos chose July 20 as his West Texas launch date — the 52nd anniversary of the Apollo 11 moon landing. He assigned himself to the flight just a month ago, the final stretch in a yearslong race to space between the two rich rocketeers.

Amazon's founder will be on Blue Origin's debut launch with people on board, accompanied by his brother, the winner of a $28 million charity auction and Wally Funk, one of the last surviving members of the Mercury 13 who was chosen as his “honored guest.” The 13 female pilots passed the same tests as NASA’s original Mercury 7 astronauts back in the early 1960s, but were barred from the corps — and spaceflight — because they were women.

As late as Wednesday, Branson declined to say when he would ride into space because of restrictions placed on him by his publicly traded company. But he stressed he was “fit and healthy” to fly as soon as his engineers give him the go.

“I’ve always been a dreamer. My mum taught me to never give up and to reach for the stars. On July 11, it’s time to turn that dream into a reality aboard the next @VirginGalactic,” he said via Twitter.

Virgin Galactic launches its rocket ship from an aircraft, reaching an altitude of roughly 55 miles (88 kilometers). Blue Origin launches its New Shepard rocket from the ground, with its capsule soaring to about 66 miles (106 kilometers). Both those heights are considered the edge of space. By comparison, Elon Musk's SpaceX launches its capsules — both crew and cargo — into orbit around Earth.

All three private space companies plan to take paying customers into space. SpaceX will be the first with a private flight coming up in September.

Virgin Galactic's and Blue Origin's flights last about 10 minutes, with three or so minutes of weightlessness. But the returns are quite different: Virgin Galactic's rocket plane glides to a landing on a runway, like NASA's old space shuttles did, with a pair of pilots in charge. Blue Origin's automated capsules parachute to the desert floor, similar to how NASA's Mercury, Gemini and Apollo capsules made ocean splashdowns. Their spaceports are just 200 miles (320 kilometers) apart.

Funk, at age 82, will become the oldest person to launch into space when Blue Origin takes its turn.

“I’ll love every second of it. Whoooo! Ha-ha. I can hardly wait,” Funk said in an Instagram video posted by Bezos.

“Nothing has ever gotten in my way," she added. "They said, ‘Well, you’re a girl, you can’t do that.’ I said, ’Guess what, doesn’t matter what you are. You can still do it if you want to do it and I like to do things that nobody has ever done.”

She'll beat the late John Glenn, who set a record at age 77 when flying aboard space shuttle Discovery in 1998. Glenn pooh-poohed the idea of women flying in space, shortly after he became the first American to orbit the world in 1962.

“No one has waited longer,” Bezos said via Instagram. “It’s time. Welcome to the crew, Wally."

He is stepping down as Amazon's CEO on Monday.

Blue Origin has yet to announce ticket prices or when the public might strap into the spacious six-seat capsule. Its New Shepard rocket is named for Alan Shepard, the first American in space.

Virgin Galactic has more than 600 reservations in the pipeline. These original tickets went for $250,000. The company will start accepting more following the upcoming flight with Branson. Keen to get to space, Funk reserved a seat years ago.

Virgin Galactic plans three more test flights before taking up customers, Branson was initially supposed to be on the second demo coming up, but moved it up in an apparent bid to outdo Bezos. He said Wednesday, after his other company Virgin Orbit launched a batch of satellites, that it's important for his customers to see him ride his rocket ship first. 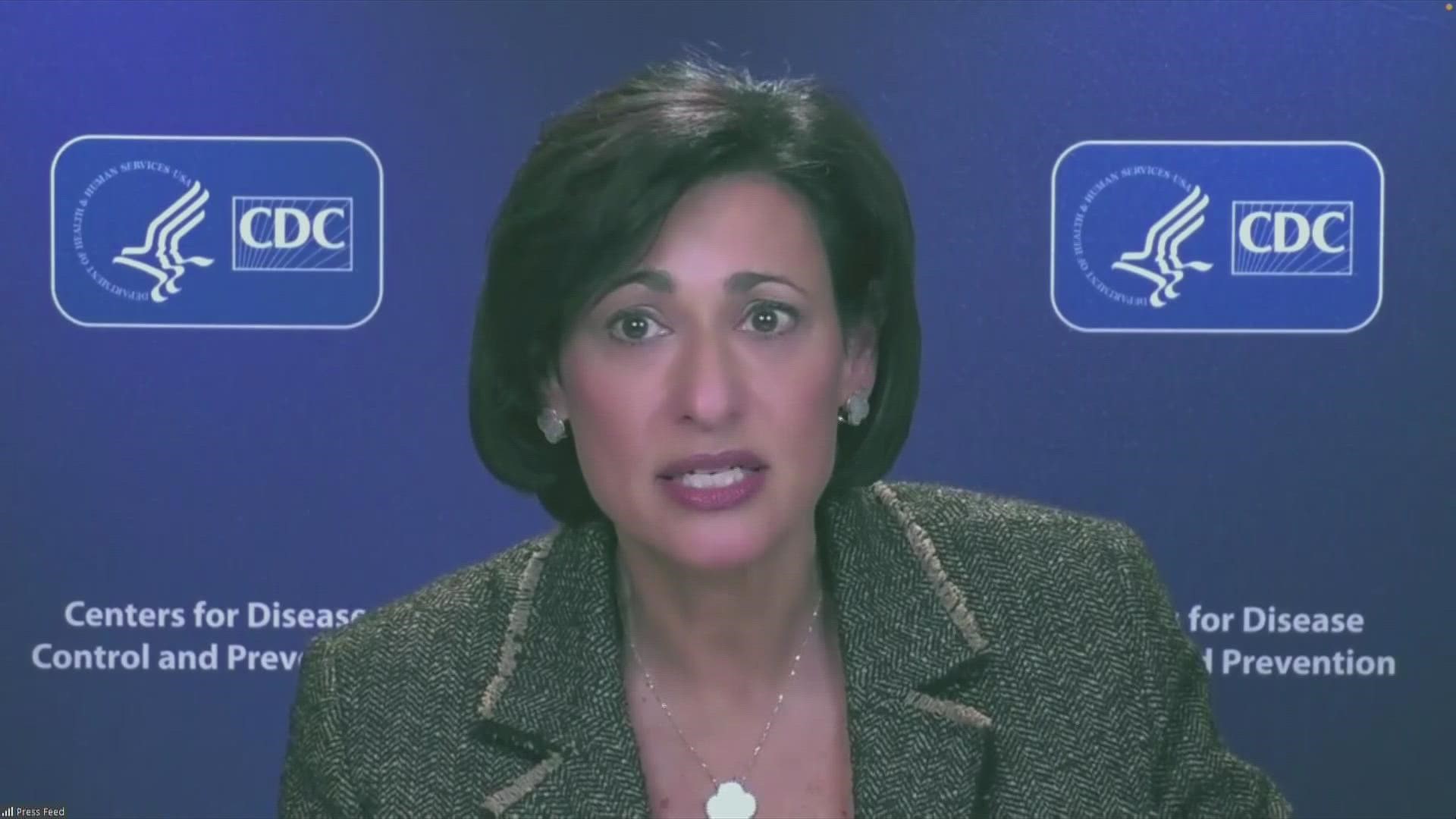