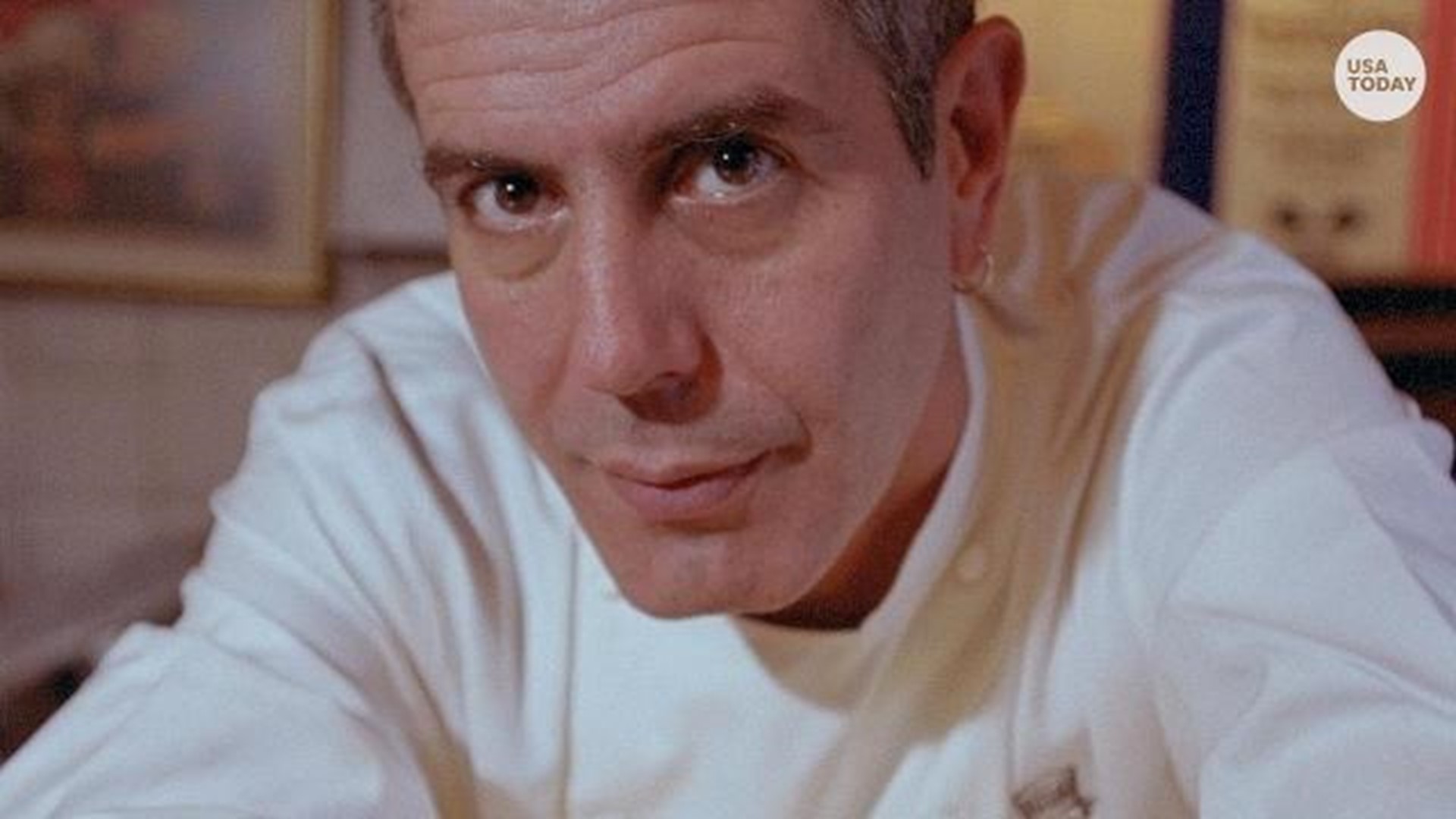 Anthony Bourdain, the celebrity chef and citizen of the world who inspired millions to share his delight in food and the bonds it created, was found dead in his hotel room Friday in France while working on his CNN series on culinary traditions. He was 61.

CNN confirmed the death, saying that Bourdain was found unresponsive Friday morning by friend and chef Eric Ripert in the French city of Haut-Rhin. It called his death a suicide. Bourdain's assistant Laurie Woolever would not comment when reached by The Associated Press.

Widely loved and rarely afraid to speak his mind, he mixed a coarseness and whimsical sense of adventurousness, true to the rock 'n' roll music he loved. Bourdain's "Parts Unknown" seemed like an odd choice for CNN when it started in 2013 — part travelogue, part history lesson, part love letter to exotic foods. Each trip was an adventure. There had been nothing quite like it on the staid news network, and it became an immediate hit.

Within hours of his death, "Kitchen Confidential" was in the top 20 on Amazon.com.

"We are constantly asking ourselves, first and foremost, what is the most (messed) up thing we can do next week?" he said in a 2014 interview with the AP. 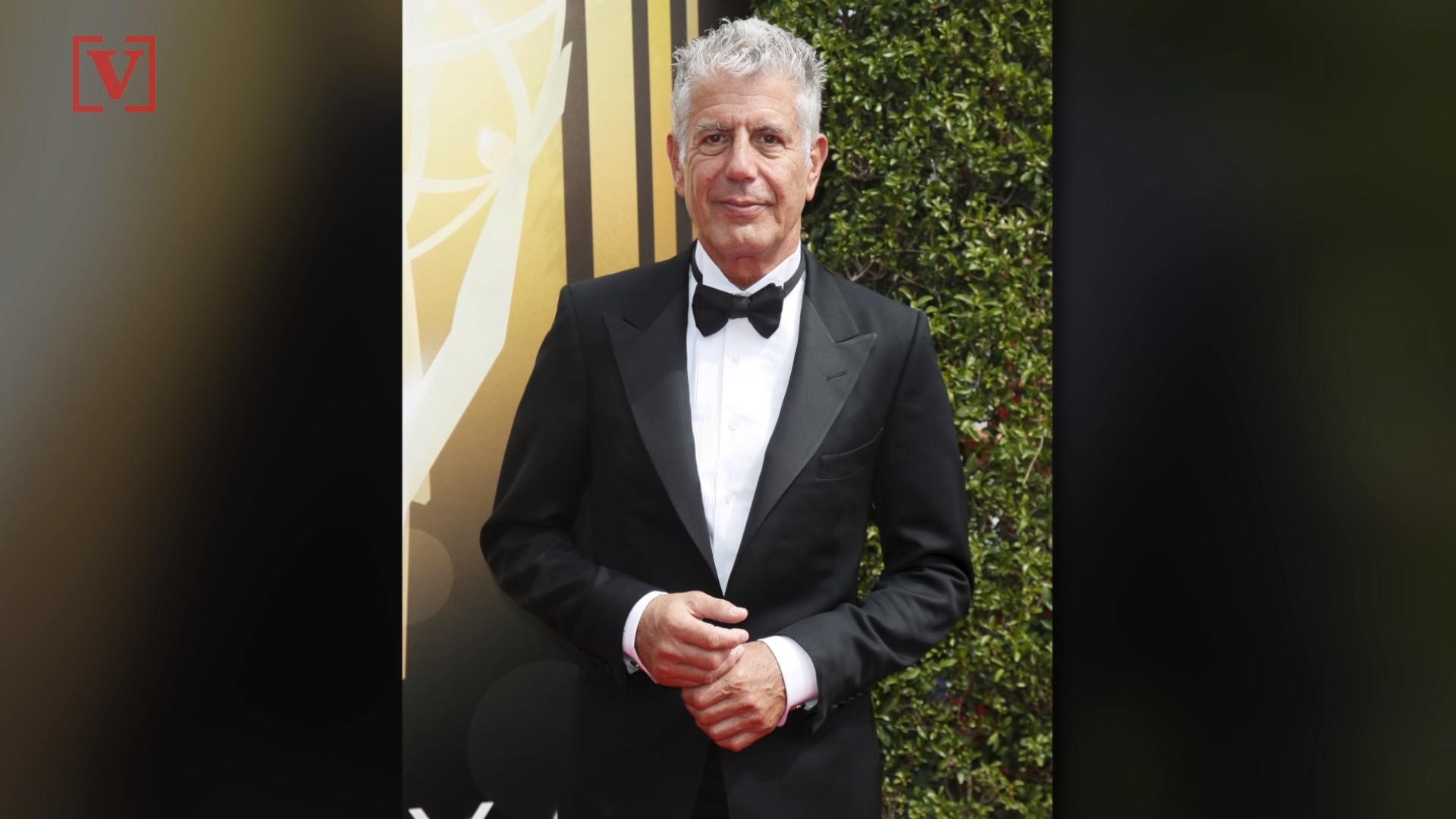 Bourdain's breakthrough as an author came with the 2000 publication of his "Kitchen Confidential: Adventures in the Culinary Underbelly." The book created a sensation by combining frank details of his life and career with behind-the-scenes observations on the culinary industry.

As president, Barack Obama sat down for some bun cha in Hanoi, Vietnam, with Bourdain in an episode of "Parts Unknown" in 2016. On Friday, he shared a photo of the interaction on Twitter: "'Low plastic stool, cheap but delicious noodles, cold Hanoi beer.' This is how I'll remember Tony. He taught us about food — but more importantly, about its ability to bring us together. To make us a little less afraid of the unknown. We'll miss him."

“Low plastic stool, cheap but delicious noodles, cold Hanoi beer.” This is how I’ll remember Tony. He taught us about food — but more importantly, about its ability to bring us together. To make us a little less afraid of the unknown. We’ll miss him. pic.twitter.com/orEXIaEMZM

As he left the White House for the G-7 summit in Quebec, President Donald Trump, whom Bourdain had sharply criticized, offered his "heartfelt condolences" to Bourdain's family, which includes his 11-year-old daughter, Ariane. Jamie Oliver wrote on Instagram that Bourdain "really broke the mould ... he leaves chefs and fans around the world with a massive foodie hole that simply can't be replaced."

Others noted Bourdain's strong defense of the #MeToo movement. His girlfriend was actress Asia Argento, who has accused Harvey Weinstein of rape. After Mario Batali was accused of sexual assault, Bourdain published an essay in Medium in which he wrote that "one must pick a side."

"I stand unhesitatingly and unwaveringly with the women," he wrote.

Argento posted this note on Twitter: "Anthony gave all of himself in everything that he did. His brilliant, fearless spirit touched and inspired so many, and his generosity knew no bounds. He was my love, my rock, my protector. I am beyond devastated. My thoughts are with his family. I would ask that you respect their privacy and mine."

Another Weinstein accuser, actress Rose McGowan, tweeted a video of herself, sobbing. "Anthony I am so mad at you," she said. "You were so loved, the world is not better without you. I have a message for those considering suicide as a solution to a temporary problem. Please call a hotline."

Bourdain's death came three days after fashion designer Kate Spade killed herself in her Park Avenue apartment in New York. Spade's husband and business partner said the 55-year-old business mogul had suffered from depression and anxiety for many years.

In a 2008 interview with the AP, Bourdain had said that his daughter's birth had changed his outlook on life. "I feel obliged to at least do the best I can and not do anything really stupidly self-destructive if I can avoid it," he said.

Bourdain's "Parts Unknown" seemed like an odd choice for CNN when it started in 2013 — part travelogue, part history lesson, part love letter to exotic foods. Each trip was an adventure. There had been nothing quite like it on the staid news network, and it became an immediate hit.

Besides showcasing food, a "Parts Unknown" trip to Japan in the series' first season included an odd show with robots and scantily clad women, a visit with a death metal band and a meal shared with a woman involved in the city's sadomasochistic community.

Bourdain was reluctant to analyze why his series succeeded.

"If you think about who the audience is and what their expectations might be, I think that's the road to badness and mediocrity," he told the AP. "You go out there and show the best story you can as best you can. If it's interesting to you, hopefully it's interesting to others. If you don't make television like that, it's pandering."

Bourdain was born in New York City and was raised in Leonia, New Jersey. He had written that his love of food began as a youth while on a family vacation in France, when he ate his first oyster. He was candid about his personal struggles, saying that drug use led to his dropping out of Vassar College after two years.

Working in restaurants led him to the Culinary Institute of America, where he graduated in 1978, and began working in kitchens in New York City. He became executive chef at Brasserie Les Halles in 1998.

In the preface to the latest edition "Kitchen Confidential," Bourdain wrote of his shock at the success of his book, which he wrote by getting up at 5 a.m. to steal a couple of hours at the computer before appearing at the saute station for lunch.

"What I set out to do was write a book that my fellow cooks would find entertaining and true," he said. "I wanted it to sound like me talking at say ... ten o'clock on a Saturday night, after a busy dinner rush, me and a few cooks hanging around in the kitchen, knocking back a few beers and talking."

Bourdain said he really had no idea that anyone outside the world of chefs would even pay attention to his comments.

"The new celebrity chef culture is a remarkable and admittedly annoying phenomenon. While it's been nothing but good for business — and for me personally — many of us in the life can't help snickering about it," he wrote. "Of all the professions, after all, few people are less suited to be suddenly thrown into the public eye than chefs."

Bourdain's introduction to "Kitchen Confidential: Insider's Edition" was scrawled in his own hand in block letters — offering the sense of making it personal right away.

He wrote of the difficulty of long hours, hard work and poor pay, and said that one of the side benefits of his success was the ability to pay the rent. Yet there was more than a sense of wistfulness about times gone by.

CNN is currently airing the 11th season of "Parts Unknown," and Bourdain was in France shooting an episode for the 12th season. CNN said it has not made a decision yet on whether it will proceed with the current season

Bourdain was twice divorced and has a daughter from his second marriage. Funeral arrangements were not immediately available.

If you or someone you know may be struggling with suicidal thoughts you can call the U.S. National Suicide Prevention Lifeline at 800-273-TALK (8255) any time of day or night or chat online.