Hundreds of people in Ethiopia have been killed during more than a week of unrest following the death of Hachalu Hundessa. 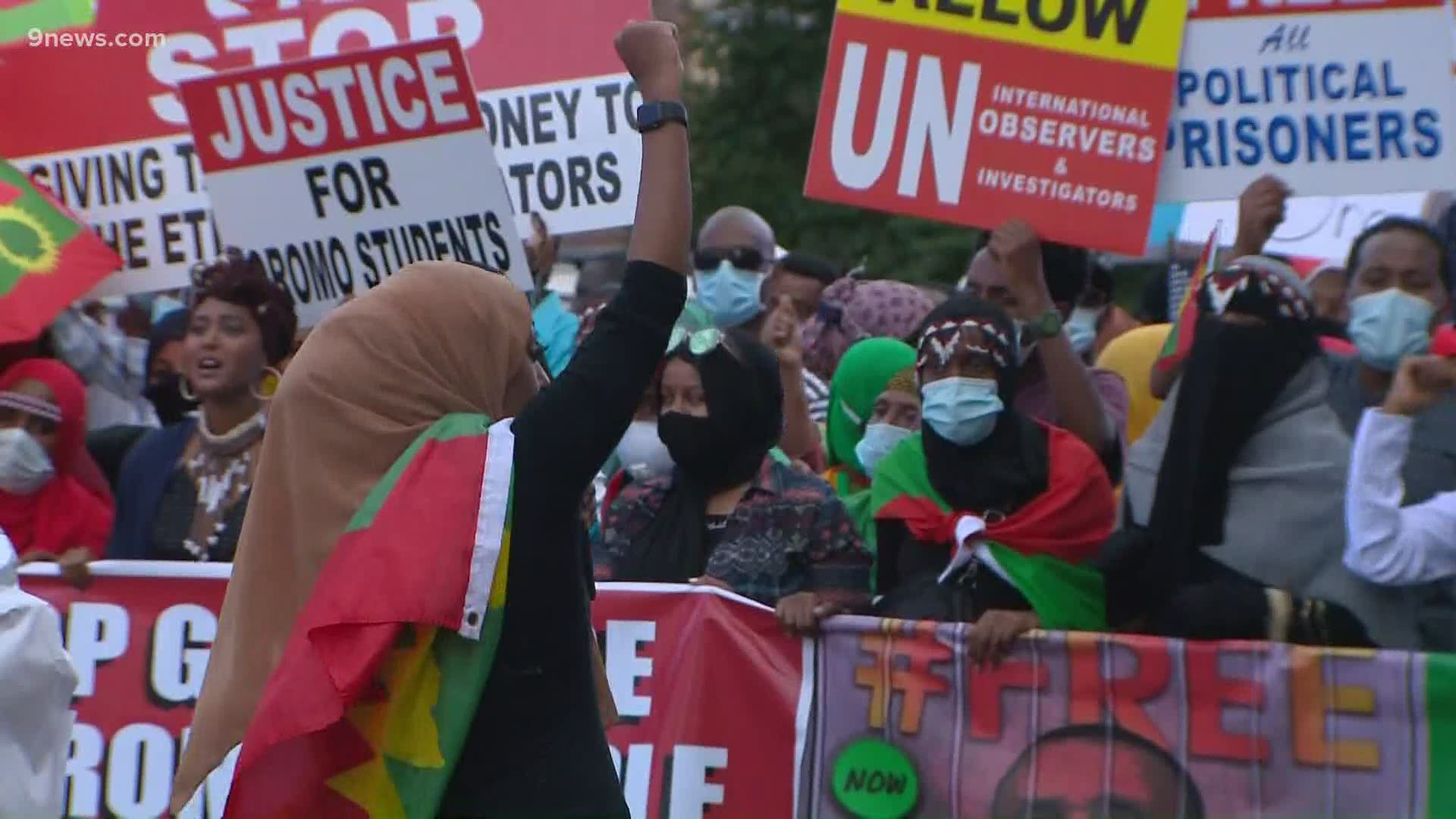 The group, led by the Oromo Community of Colorado, marched from Cheesman Park to the State Capitol while commemorating the life of Ethiopian singer and activist Hachalu Hundessa and calling for an end to human rights violations in their country.

He had been a prominent voice in anti-government protests that led to Prime Minister Abiy Ahmed coming to power in 2018. His lyrics encouraging people to resist oppression and fight back became a sort-of rallying cry for the Oromo people, the largest ethnic group in Ethiopia.

His death had led to weeks of unrest in the country. The Associated Press reports that at least 239 people have been killed and 3,500 have been arrested in violent protests in Ethiopia.

Internet service was also cut off in an attempt to dampen the protests, according to the AP.

The marching group in Colorado Friday was "calling upon the U.S. and the international community to stand with the Oromo people and all Ethiopians," an email from the Oromo Community of Colorado reads.

Specifically, they are asking for: