Despite calmer streets in Port-Au-Prince on Monday, a group of musicians from Colorado was still stuck in Haiti. 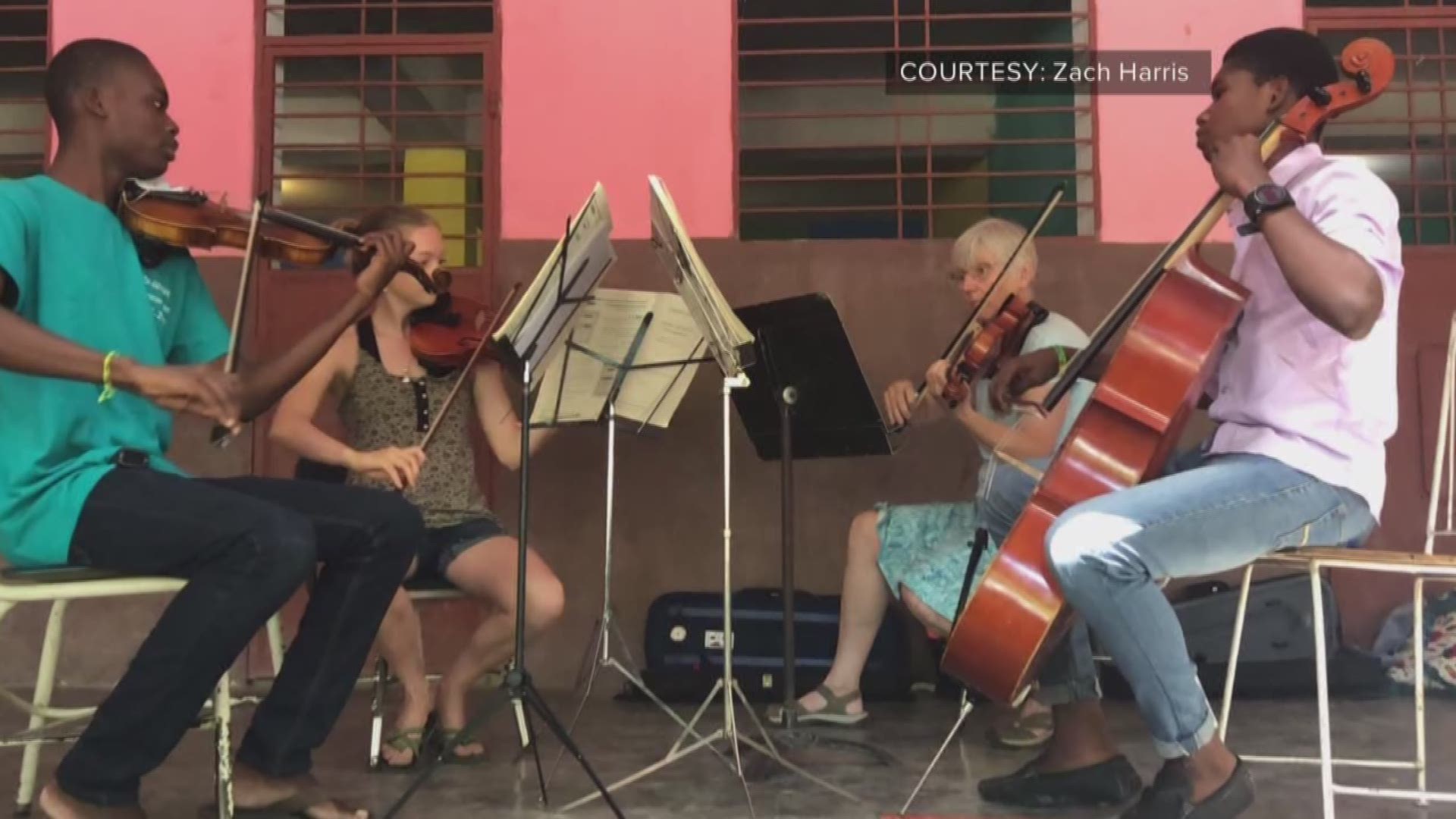 KUSA — Americans in Haiti are being told to stay inside as people are burning and vandalizing the island's capital city after days of violent protests.

The protests began after the government tried to raise fuel prices. Officials scrapped those plans after these protests.

Despite calmer streets in Port-Au-Prince on Monday, a group of musicians from Colorado was still stuck in Haiti. They traveled there a little more than a week ago to teach at a music camp.

9NEWS talked to Zach Harris, the founder of Haiti Youth Orchestra, over the phone on Monday. He described what's he's seen on the streets.

Harris said he's about an hour north of Port-Au-Prince, along with four other people from Colorado including Zak Ruffert.

"They are kind of just stuck and relying on us here. What's going on?" Jaeme Ruffert said. "What's the news? Can you check these flights? Are they going out?"

When the protests started Friday, the Colorado musicians had trouble leaving the school where they were teaching.

"There were men obviously all around screaming 'no photos, no photos'," Harris said. "There was a guy with a machete up front, but they let us pass."

Harris said they tried to get to the airport Sunday, but had to turn back.

"I could see people throwing rocks on cars and tons of shouting," Harris said.

Harris said despite the tense moments, he’s also felt empathy for what people in Haiti are facing. The government’s initial plan was to hike fuel prices by as much as 50 percent. They then abandoned those plans.

As of Monday evening, the group found refuge in their hotel. The U.S. Embassy maintained its warning to shelter in place.

The group will try to leave again on Wednesday. Some flights were able to take off late Sunday night.