Congressional Democratic leaders have warned the president that any proposal must include expanded background checks for gun purchases. 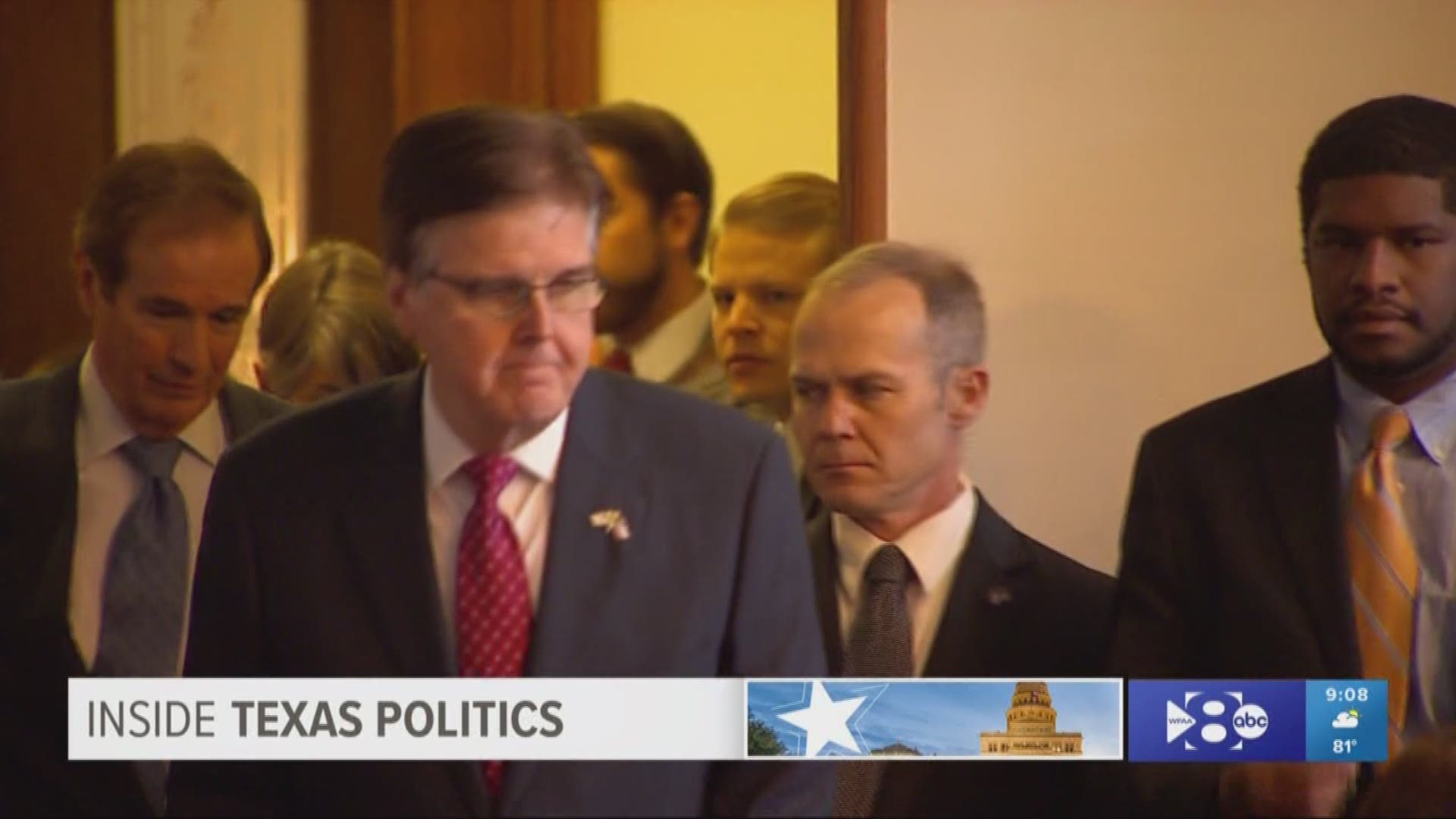 WASHINGTON — Congressional Democratic leaders warned President Donald Trump on Sunday that any proposal on gun control must include a House-passed bill to expand background checks for gun purchases — or else risk no legislation at all.

In a joint statement, House Speaker Nancy Pelosi and Senate Democratic leader Chuck Schumer said they spoke Sunday morning by phone with Trump, who planned to announce as soon as this week what measures he supported.

Pelosi, D-Calif., and Schumer, D-N.Y., said they made clear that any proposal lacking the House legislation "will not get the job done" by leaving dangerous loopholes.

"We know that to save as many lives as possible, the Senate must pass this bill and the president must sign it," they said.

RELATED: NRA board gathers for meeting at crucial time for gun debate

Credit: AP
Speaker of the House Nancy Pelosi, D-Calif., and the Democratic Caucus hold an event on the House steps to highlight their agenda since taking the majority in the 2018 election, at the Capitol in Washington, Thursday, July 25, 2019. The House leaves for a five week August recess Friday. (AP Photo/J. Scott Applewhite)

A White House spokesman, Judd Deere, confirmed that Trump spoke with the Democratic leaders at their request and indicated to them a desire to find a "bipartisan legislative solution" but made no commitments.

"The conversation was cordial," Deere said. "The president reiterated his commitment for his administration to continue work on these issues."

Senate Majority Leader Mitch McConnell, R-Ky., has declined to hold a vote on the bill, which was approved by the Democratic-controlled House in February. He says it's not clear the Senate would be able to pass the legislation or that Trump would sign it into law.

The bill would expand background checks to cover private sales such as one that allowed a Texas shooting suspect to purchase his weapon before killing seven people last month.

Trump and White House aides have discussed a number of gun-control measures with members of Congress, including steps to go after fraudulent buyers, notify state and local law enforcement when a potential buyer fails a background check, issue state-level emergency risk protection orders, boost mental health assistance and speed up executions for those found guilty of committing mass shootings.

Pelosi and Schumer said they promised Trump that if he endorses the House legislation on background checks and gets McConnell to act on it, they would join the president "for a historic signing ceremony at the Rose Garden." Their call with Trump, which took place shortly after 11 a.m., lasted about 10 minutes, according to a Democratic aide.

"We will not stop until these bills are passed and our children's lives are safe," the Democratic leaders said.

After a summer of devastating mass shootings, Congress has struggled to reach agreement on legislation to curb gun violence as Trump pledged to protect the Second Amendment and wavered on what kind of bill he wants the lawmakers to send for his signature.

But while the president has waffled publicly on expanded background checks, he has directed his staff to continue to work with lawmakers — including Republican Sen. Pat Toomey of Pennsylvania and Democratic Sens. Chris Murphy of Connecticut and Joe Manchin of West Virginia — to try to hash out an agreement he can support.