The broad review is forcing hundreds of people to resign including more than 30 loyal to former President Trump and added in his final weeks. 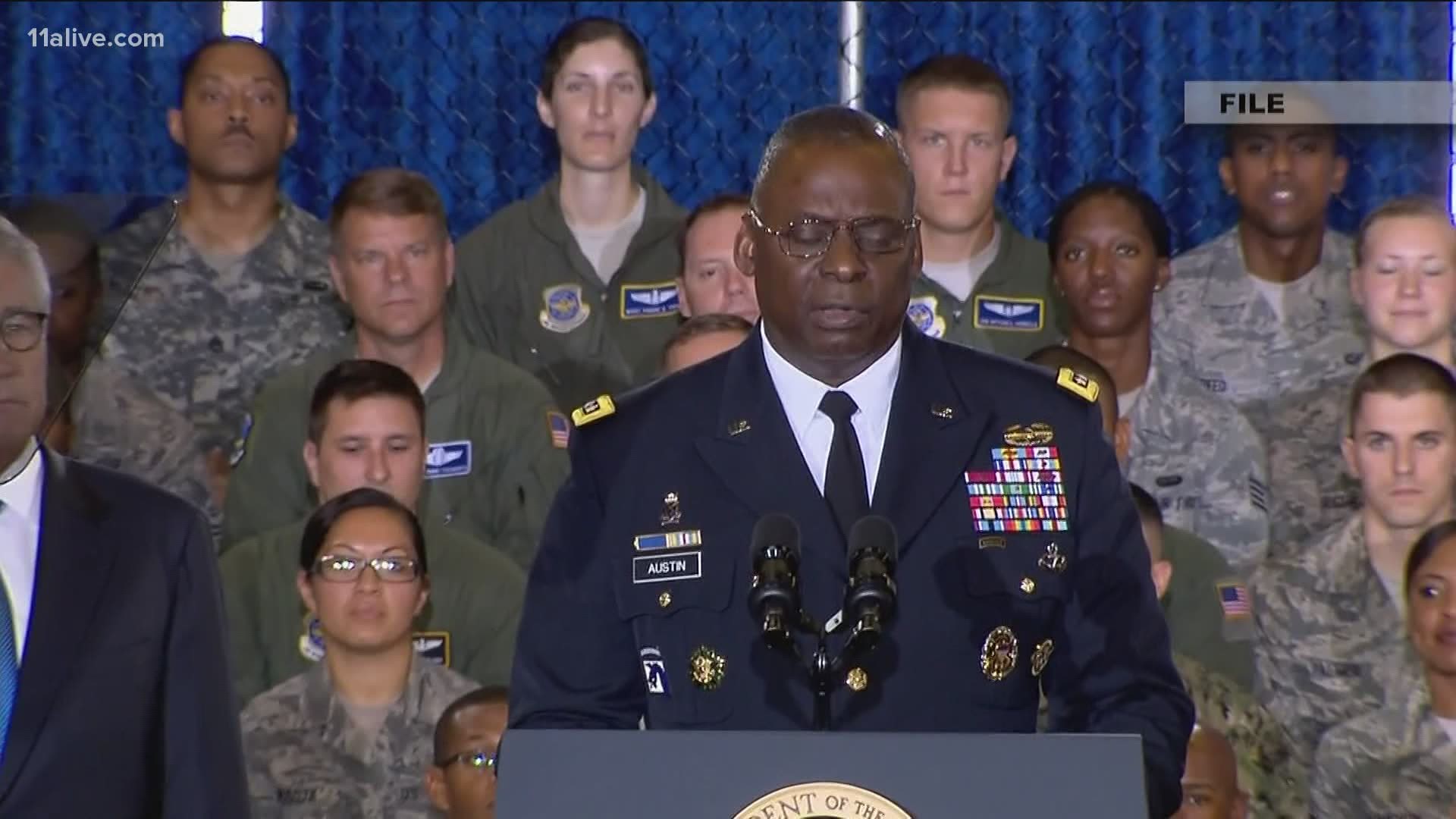 WASHINGTON — Defense Secretary Lloyd Austin has ordered hundreds of Pentagon advisory board members to resign this month as part of a broad review of the panels, essentially purging several dozen who were appointed last-minute under the Trump administration.

“I am directing the immediate suspension of all advisory committee operations until the review is completed unless otherwise directed by myself or the deputy secretary of defense,” Austin said in a memo released Tuesday. And he ordered all committee members who were appointed by the defense secretary to resign no later than Feb. 16.

Austin said the review will assess whether each board provides value and make sure its focus aligns with "our most pressing strategic priorities and the National Defense Strategy.”

Tata, a former Fox News commentator, failed to get through Senate confirmation for the top Pentagon policy job early last year because of offensive remarks he had made, including about Islam. In November, however, Trump appointed him to that same post, just days after firing then-Defense Secretary Mark Esper and putting Miller in the job.

A senior defense official said Austin's decision was driven by the frenetic activity of Miller to remove dozens of board members and replace them in such a short amount of time between Trump's election loss and the inauguration of President Joe Biden.

RELATED: Trump appoints flurry of allies as presidency winds down

Of the 42 advisory panels listed in Austin's memo, 31 will have their members removed, six will be part of the review but their members will be retained, and five others have either no members at this time or have concluded their business. Among the 31 are some of the department's most well known boards, including those with purview over defense policy, science, health, innovation, Arlington National Cemetery and women in the military.

All together there are more than 600 members on the 42 boards. Defense officials said they don't know exactly how many are being asked to resign, but it will be hundreds.

The boards of visitors for the Army, Navy and Air Force academies will keep their members, because those are presidential appointments that Austin does not have the authority to overturn. Among the Trump appointees who will remain on those boards are his former press secretary Sean Spicer and longtime adviser Kellyanne Conway. Those boards, however, will be subject to the review.

One new congressionally mandated commission is also being purged of the four members that Miller appointed in early January. The panel hasn't started its work yet, but will be responsible for figuring out how to go about renaming military bases and property that honor Confederate leaders. The panel is not subject to Austin’s broader review, but he intends to appoint four new members.

In a letter to Austin this week, U.S. Reps. Anthony Brown, D-Md., and Joyce Beatty, D-Ohio, called for the removal of the four Miller appointees on the renaming board. Trump had opposed the renaming of bases, and cited that as a reason for vetoing the defense bill, which included a provision setting up the panel to handle the process.

“Those who are called to serve their nation in this matter must have a deep understanding of and expertise in the history of Confederate monuments and their role in the white supremacist movement," Brown and Beatty wrote to Austin.

The defense official, who spoke on condition of anonymity to discuss internal deliberations, said Austin believed that stopping the activity of all the boards and doing a more intensive review was the fairest and most consistent process.

Officials said the review will look at whether the boards have overlapping jurisdictions and whether they should be realigned or if money could be saved by trimming some of them. It also will make recommendations on the membership balance, size and mission of all the boards.