Former New York City mayor and billionaire Mike Bloomberg is on the debate stage for the first time Wednesday, in Las Vegas.

LAS VEGAS — Six Democratic presidential candidates have taken the stage in Las Vegas for a debate ahead of Nevada’s caucuses.

The Wednesday night debate offers former New York City Mayor Mike Bloomberg his debut appearance on stage. It’s the first debate he’s qualified for since entering the race in November after the Democratic National Committee adjusted some of its requirements.

From the opening bell, Bloomberg faced fierce attacks from his Democratic rivals over race and gender at Wednesday night's high-stakes debate in Vegas.

The former New York City mayor was making his debate debut as one of the Democrats’ strongest six White House hopefuls -- as determined by national polls.

The former mayor has apologized for stop and frisk and said he should have acted faster to stop police from using it.

Warren slammed Bloomberg for comments about women during debate. Right out of the gate, the gloves came off in the opening moments, with Warren taking on Bloomberg for calling "women fat broad and horse faced lesbians."

Sanders is "disowning" any of his supporters who lob sexist attacks online. During the debate, the Vermont senator defended his supporters after leaders of the influential Culinary Union said that they've received attacks from some Sanders backers online and over the phone.

Of his online army, Sanders said that "99.9% of them are decent human beings," but that "if there are a few people who make ugly remarks, who attack trade union leaders, I disown those people."

Buttigieg is skewering Klobuchar for failing to name the Mexican president in an interview last week. He said during the debate that the Minnesota senator is running for president based on her experience in Washington, but despite her role on committees overseeing border security and trade, she was “not able to speak to literally the first thing, the politics,” of the neighboring country by naming Andrés Manuel López Obrador.

Klobuchar then asked Buttigieg: “Are you trying to say that I’m dumb? Are you mocking me, Pete?” Warren defended Klobuchar and called Buttigieg’s argument “unfair.”

RELATED: Warren slams Bloomberg for comments about women during debate

Meanwhile, the party’s moderate wing struggles to unify behind an alternative to polarizing progressive Sanders.

The first major test of billionaire Bloomberg's presidential campaign is about to play out in Las Vegas. He'll face questions and sharp elbows on a debate stage, for the first time.

The rival campaigns of Sanders and Biden started early, taking pre-debate shots at the former New York mayor. It all shows how seriously Democrats are taking Bloomberg, now that he’s rocketed to double-digit support in national polls, and qualified for the next two debates.

He's built that support with $400 million in self-funded TV ads.

Tom Steyer is citing "racist" tactics by Bloomberg in his Super Tuesday ads.

In a billionaire-to-billionaire media matchup, Steyer is taking on Bloomberg in a multimillion-dollar Super Tuesday ad buy. He is accusing the former New York City mayor of “racist” policies including “redlining” and the controversial “stop-and-frisk” tactic.

The move is an attempt to land a direct hit on Bloomberg in the first states in which he'll be competing. Bloomberg skipped campaigning in the early voting states and is instead focusing on the March 3 voting states.

Bloomberg has spent hundreds of millions of dollars on ads and courted black voters whose support will be crucial to winning the Democratic nomination.

The former New York mayor and media mogul would sell his business interests if elected president with a top campaign adviser saying Bloomberg would sell the financial data and media company that bears his name, if elected into the White House.

Bloomberg would put Bloomberg LP into a blind trust, and the trustee would sell it, with the proceeds going to Bloomberg's philanthropy. That stands in contrast to President Donald Trump, who has not fully divested from his business entities or put them in a blind trust.

Adviser Tim O'Brien told The Associated Press: “We want to be 180 degrees apart from Donald Trump around financial conflicts of interest.”

Bloomberg will have an extraordinary difficult financial portfolio to untangle if elected.

Meanwhile, Sanders is hoping early strength will prove that he can beat Trump.

The Vermont senator is trying to quiet electability concerns by pointing to his winning track record in the Democratic presidential primary. Since Sanders entered the race last year, he has been arguing his viability as a general election candidate.

Many Democrats remain skeptical of the chances of a self-described democratic socialist. But as Sanders does well in early states, he's winning converts.

Since the early days of Sanders' second presidential campaign, he and his supporters have sought to allay concerns he's a fringe candidate whose call for political revolution would doom the party to another humiliating defeat. 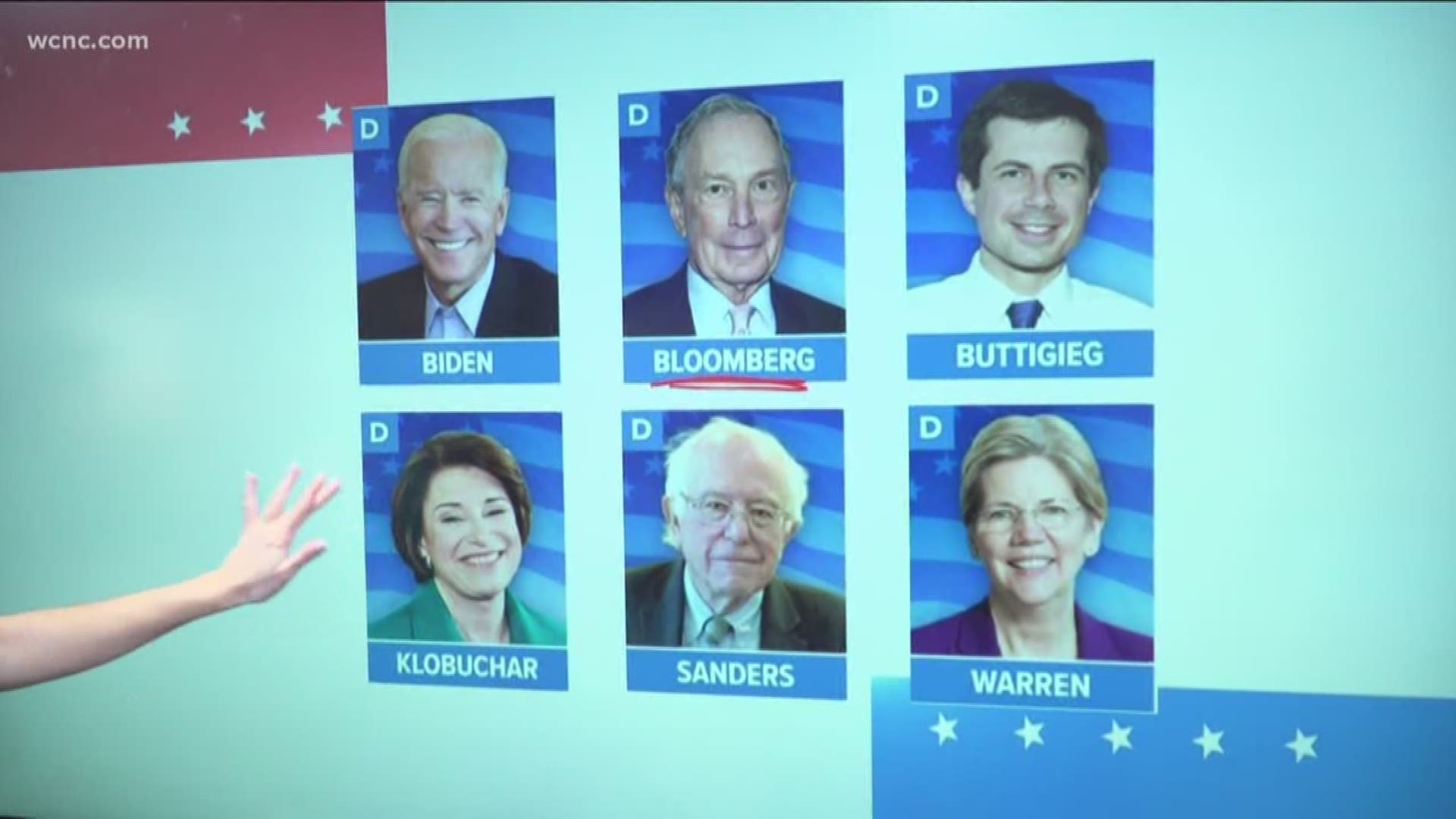