Dept. of Justice says Seattle is 'permitting violence and destruction of property'

The DOJ cited the former CHOP/CHAZ protest zone in Capitol Hill as a key reason for Seattle being identified as one of three U.S. cities permitting violence. 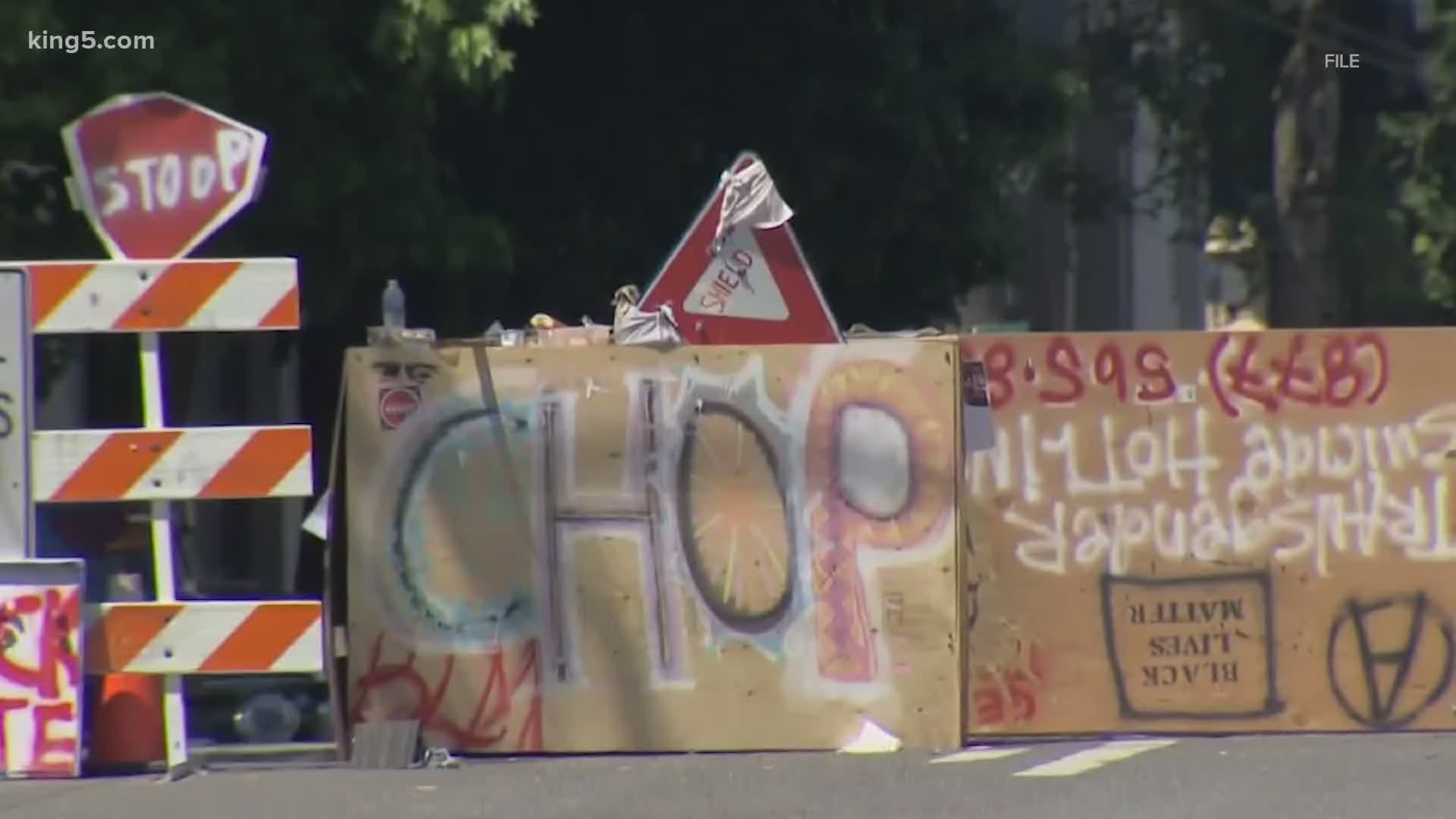 SEATTLE — The U.S. Department of Justice (DOJ) identified Seattle, Portland, and New York City as three jurisdictions that have "permitted violence and destruction of property."

According to the DOJ, the cities have "refused to undertake reasonable measures to counteract criminal activities."

The announcement comes in response to a Sept. 2 memorandum from President Donald Trump, which ordered his administration to review federal funding for state and local governments that have seen ongoing violence and protests where the administration said officials have refused help from the federal government.

The DOJ criteria for "anarchistic" cities includes: if a jurisdiction "forbids the police force from intervening to restore order amid widespread or sustained violence or destruction," whether cities "disempowers or defunds police departments" and whether cities "unreasonably refuses to accept offers of law enforcement assistance from the Federal Government. The DOJ also listed a vague criteria that simply says it would consider "any other related factors the Attorney General deems appropriate," as part of the identification process.

Seattle, according to the DOJ, meets the criteria for the following reasons:

“When state and local leaders impede their own law enforcement officers and agencies from doing their jobs, it endangers innocent citizens who deserve to be protected, including those who are trying to peacefully assemble and protest,” said Attorney General William P. Barr. “We cannot allow federal tax dollars to be wasted when the safety of the citizenry hangs in the balance. It is my hope that the cities identified by the Department of Justice today will reverse course and become serious about performing the basic function of government and start protecting their own citizens.”

"The Trump administration’s threats to defund Seattle, Portland, and New York are a gross misuse of federal power and blatantly unlawful. Trump, the Department of Justice, and Barr’s obsession with Seattle and me is irrational and most importantly, a huge distraction.

"In Seattle, we’ll remain focused on addressing the four crises in front of us: the COVID-19 pandemic, an unprecedented economic downturn, the greatest civil rights reckoning in decades, and the continued threat of climate change."

Monday’s release said the DOJ plans to update the list as it identifies jurisdictions that “meet the criteria set out in the President’s Memorandum."

This allegation suggests that laws are not being enforced in King County, which could not be further from the truth. The deputy prosecutors in our office are working hard in the pursuit of justice and are addressing a record numbers of cases from around the county. This official DOJ designation seems more of a political statement than a factual one, and we were never contacted by them for any actual data. In the interest of providing more accurate information, we felt it was important for everyone to know the following facts:

We also are addressing an unusually violent year overall in King County:

We continue to work well with our partners at both the federal and municipal level.  I have for more than three decades worked with our local U.S. Attorney’s Office for the Western District of Washington.  Many of the Assistant United States Attorneys there started their careers in the King County Prosecuting Attorney’s Office – they are smart, dedicated, independent  prosecutors.  It is essential for public trust that our work not be swayed by political rhetoric, but grounded in facts and in the pursuit of justice.  We are proud of the work we do in our office every single day as we strive toward a fair, equitable and safe county for all." 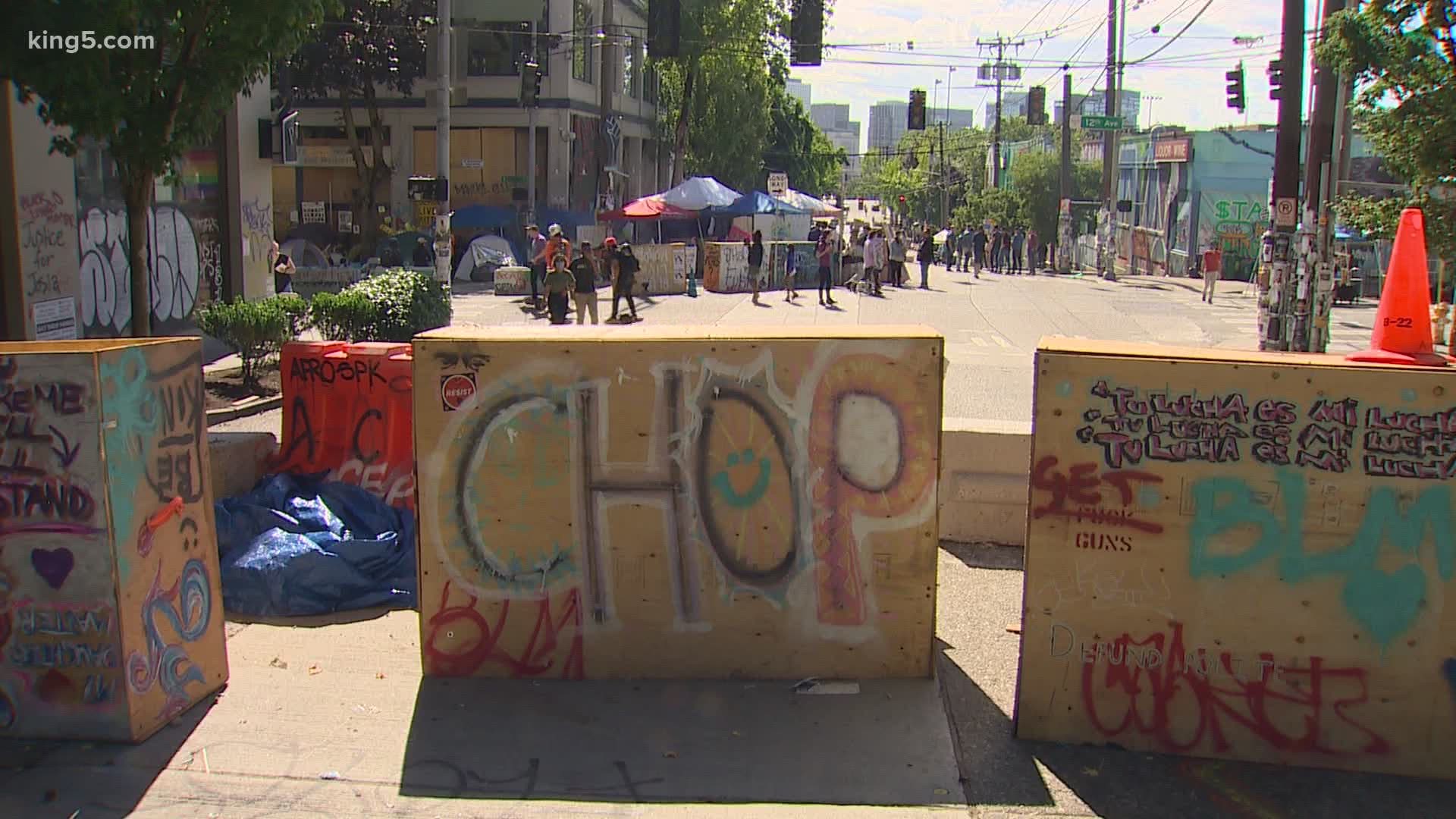