Immigration authorities in July have brought into the 3 detention centers dozens of parents and kids, at least 40 of whom have since tested positive for COVID-19. 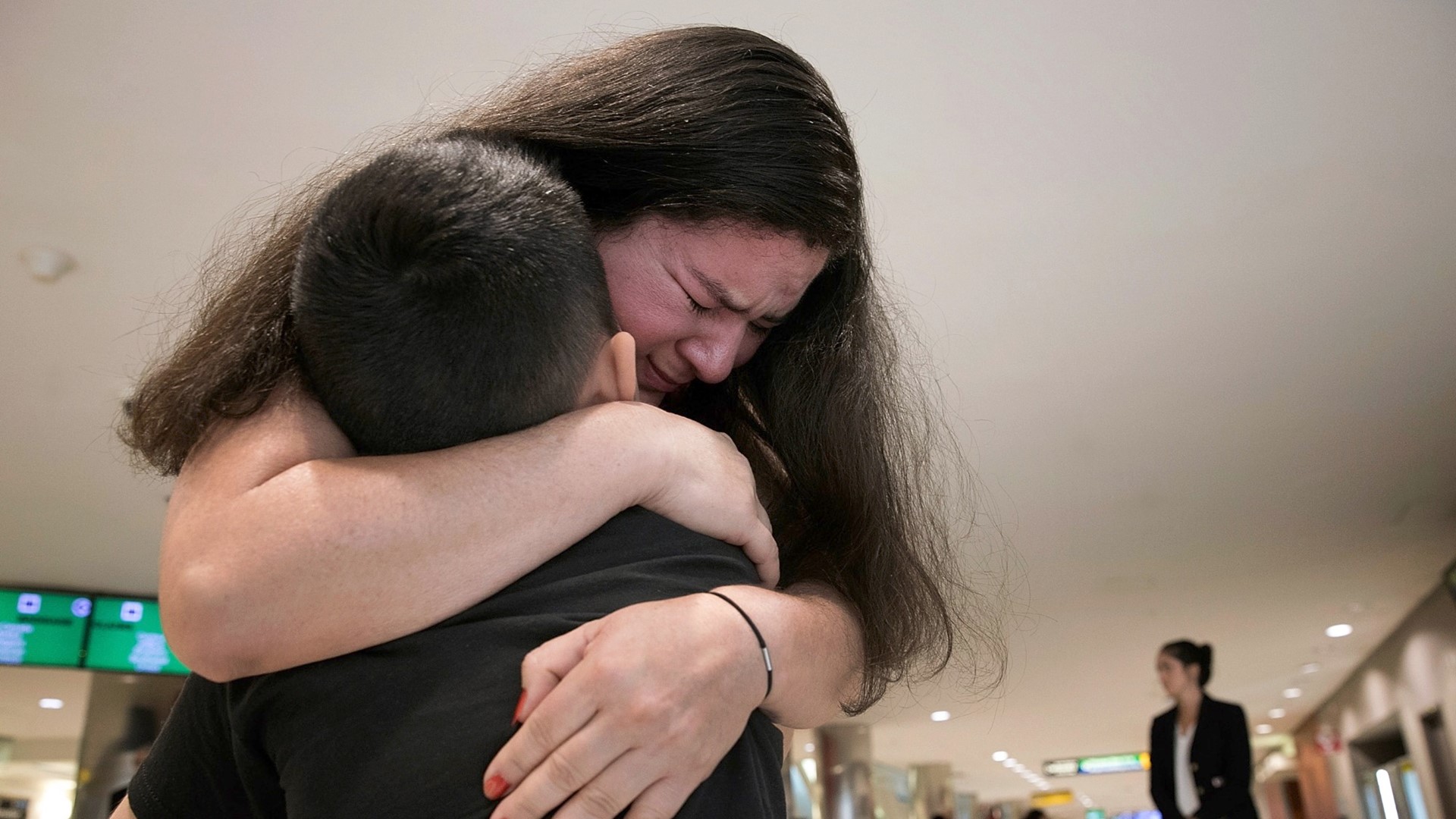 HOUSTON — Editor's note: The video in this story was first published in Nov. 2019

The U.S. government did not release 100 immigrant children detained with their parents despite this week's deadline set by a judge who had described family detention centers as “on fire” due to the threat of the coronavirus.

Instead, more parents and children were held in the three centers this month than last month, according to government data. Immigration authorities in July have brought into the centers dozens of parents and children, at least 40 of whom have since tested positive for COVID-19.

Meanwhile, according to lawyers who work with detained families, there had been rumors circulating that many or all families would be released by Monday.

At the detention center in Dilley, Texas, a 3-year-old girl and 11-year-old boy will soon reach a full year in custody with their parents.

“Our families have had a lot of practice in having their hopes lifted and then crushed,” said Shalyn Fluharty, director of Proyecto Dilley, which represents families at the center.

U.S. Immigration and Customs Enforcement said Tuesday that it was in compliance with Judge Dolly Gee’s June 26 order, which originally set a July 17 deadline for the release of all children held by ICE for more than 20 days. ICE had signaled for weeks that it would not voluntarily free more than 300 parents and children detained at facilities in Texas and Pennsylvania.

RELATED: AP: Migrant kids held in US hotels, then expelled

Gee oversees a court settlement known as the Flores agreement that sets standards for the government’s treatment of immigrant children in custody. Her order did not cover the children's parents. A different federal judge separately refused to order the release of parents.

After extending the July 17 deadline to Monday, Gee on Saturday denied the Trump administration’s request for another extension. But in her Saturday order, Gee said that her order to release children could be considered “unenforceable” if any of three conditions weren’t met.

A key sticking point has been whether the government should ask parents to release their children to family members and stay in immigration detention on their own. One of the conditions in Gee’s order was children could be released to family sponsors with the parents' consent. The others were ICE deciding to free parents or a separate court order requiring the release of parents.

ICE has released thousands of detained immigrants since the start of the pandemic, including hundreds of parents and children since April. The three family detention centers in Texas and Pennsylvania are well below their capacity.

The agency declined to comment on Monday's deadline but said lawyers for both sides “continue to dialogue in anticipation of providing an update” to Gee next week.

Credit: AP
FILE - In this Aug. 23, 2019 file photo, immigrants seeking asylum hold hands as they leave a cafeteria at the ICE South Texas Family Residential Center in Dilley, Texas. The isolation of at least three families at the U.S. Immigration and Customs Enforcement's detention center in Dilley, has raised new fears of the coronavirus spreading through a facility that has long been accused of providing substandard medical care. (AP Photo/Eric Gay, File)